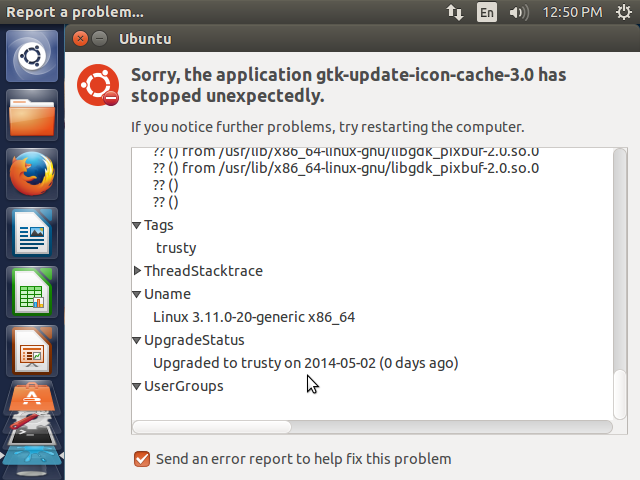 Warning: Before upgrading, backup your data.

But that’s just a recommendation, which I’m not very good at following. So if you are like me and want to upgrade you copy of Ubuntu 12.04 LTS to Ubuntu 14.04 LTS, this post shows what you need to do. If you have an updated installation of Ubuntu 12.04, it should really be Ubuntu 12.04.4.

Another thing to keep in mind. I did not lose any data with this process, though one system setting was reverted to the default. But it was likely because that particular system module (System Settings > Appearance) changed in Ubuntu 14.04. The setting that I’m referring to handles auto-hiding of the launcher (see 4 things to do after installing Ubuntu 14.04).

To begin the upgrade process, launch the Software & Updates manager, then click on the Updates tab. From the “Notify me of a new Ubuntu version,” select For long-term support versions. If you select anything else, you will likely be upgrading to Ubuntu 12.10, not Ubuntu 14.04. 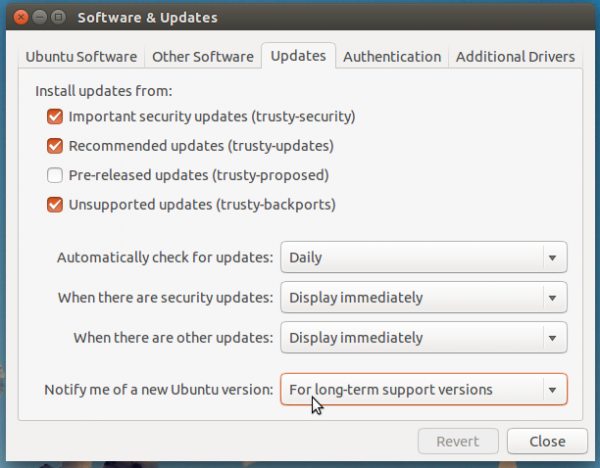 Now, open a shell terminal and type <strong>sudo do-release-upgrade -d</strong>. You may view the output from the beginning to the end of the process here. After the upgrade, you will be promoted to reboot. If you are running the system in a virtual environment, it is likely that you will encounter the problem described in Solution for low screen resolution after upgrading to, or installing, Ubuntu 14.04.

Here are a few screenshots from my test installation after the upgraded completed. 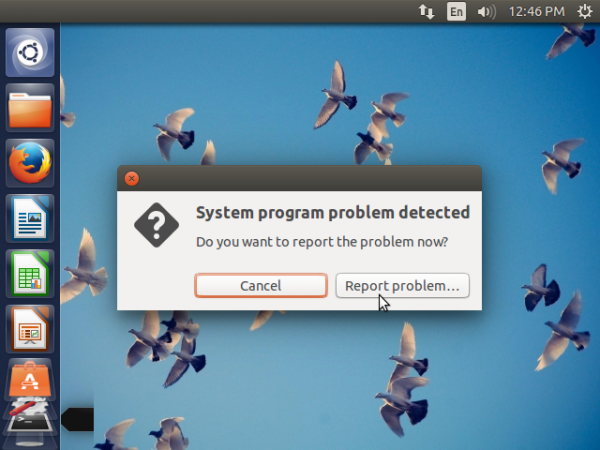 This one shows the top part of the bug report. 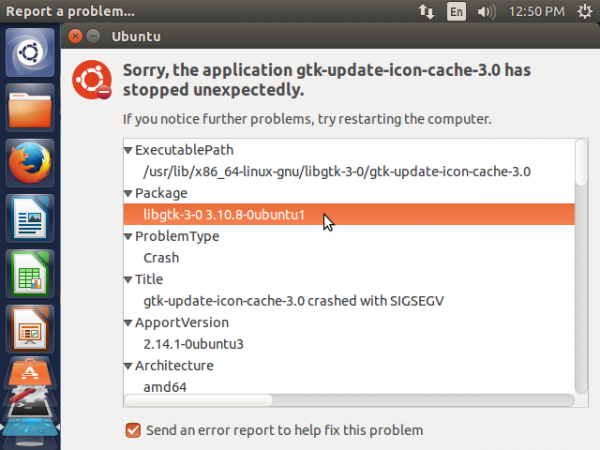 And this one shows the bottom part of that same report. After fixing the low screen resolution problem, everything worked just fine. And the entire process took less than two hours. 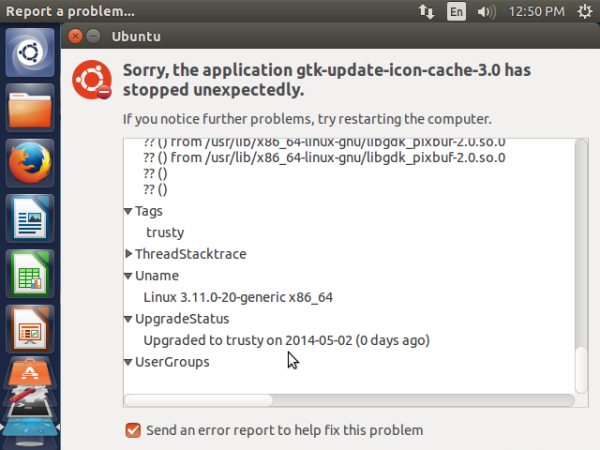 Some articles say that 12.04 users will be offered to upgrade on 24th July. is it true ?

I think rolling release distros are the only ones useful for non nerd users. And please, 1GiB of upgrade twice a year and only security relevant stuff in the meantime, not 100MiB per day as with arch. Otherwise there is to much to explain to my beloved relatives.

How do you integrate ppas (Personal Package Archives) e.g. mate-desktop or cinnamon-desktop into this already a little bit annoying upgrade process? At least up to this point there is only 1 major problem to solve.
btw, how long was the upgraded system in use before upgrading? How many users did work with it?

Unless you are using a distro that uses a rolling-release development model, the upgrade process will always take some effort from you.

Regarding PPAs, any (PPA) that is active on the system being upgraded is deactivated, so that is one thing that you have to deal with after the upgrade has completed. Which means having to re-enable the PPA.

The system I upgraded has been in use for about a year, but it’s not my primary system, and it’s a single-user system

That said, it doesn’t matter how long the system has been in use or how many users are using it, the upgrade will work and you won’t lose data, except modified system settings that were enhanced.

Hopefully in the near future, we will not have to deal with upgrades of this sort in Ubuntu as there’s an ongoing discussion in some circles to make the distro a rolling release distro.