How to replace Ufw with FirewallD on Linux Deepin 2013

Ufw is the default firewall app on Linux Deepin 2013, the latest edition of Linux Deepin, a desktop distribution based on Ubuntu Desktop. This article shows how to replace it with FirewallD, a dynamic firewall application from the Fedora Linux.

Though Ufw has a command-line client that is easier to use, Firewalld brings a lot more features to the table, like the concept of network zones, which define trust levels for network connections or interfaces.

If you’d rather install it from a graphical interface, launch the Deepin Software Center by clicking on its icon on the dock. Then search for “firewall-applet.” 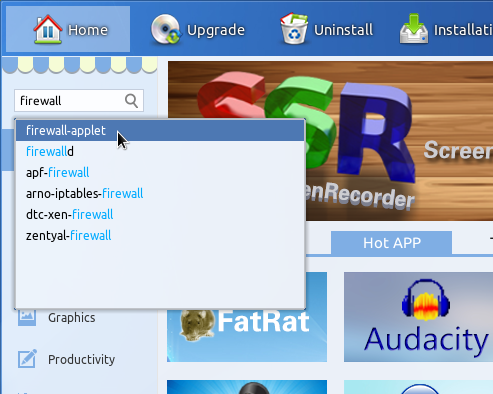 Finally, you will want to start the Firewalld applet and make sure that it will also start on boot. To start it, search for it from the app launcher. It should appear on the dock. This screen shot shows the entries in the applets context menu. 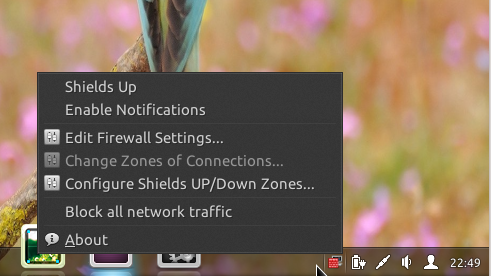 To make sure that it starts on each boot up, launch the System Settings by clicking on its icon on the dock. When it opens, click on the Default Applications module, then click on the Autostart tab. To add an entry for the applet, click on the New button. The command to add in the “Exec” field is firewall-applet. OK. 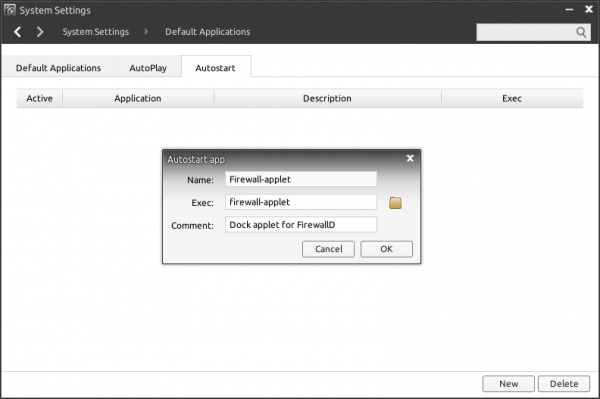 The entry for the applet should look like the one shown in this screen shot. That’s all you need to replace Ufw with Firewalld. More information about firewalld is available here.

This is a screen shot of Firewall-config’s interface. 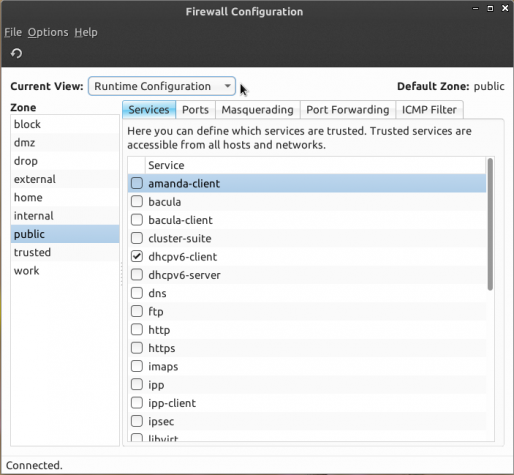