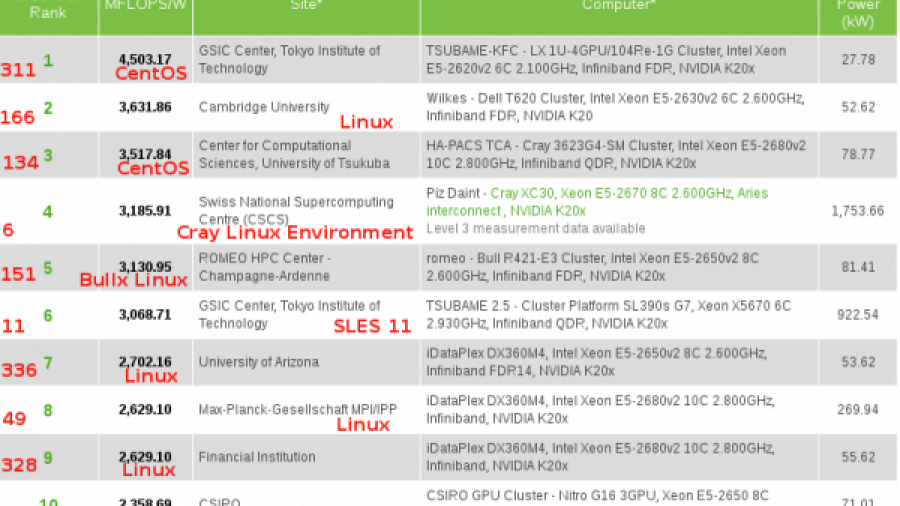 The November 2013 edition of the Green500 List has be released, just two days after the TOP500 List.

The top 10 that made the latest Green500 List are shown in the screen shot below. The TSUBAME-KFC, a supercomputing system developed at the Tokyo Institute of Technology (TITech) in Japan, took top honors as the most energy efficient supercomputer in the world. Besides being energy-efficient, the top 10 in the list have other things in common: 1) Intel CPUs; 2) NVIDIA Tesla GPUs, a fact that NVIDIA trumpted in this blog post; 3) And like most of the supercomputers in the TOP500 List, they all run Linux. (In this image, the number to the left of the Green500 rank shows the TOP500 rank of the supercomputer.) 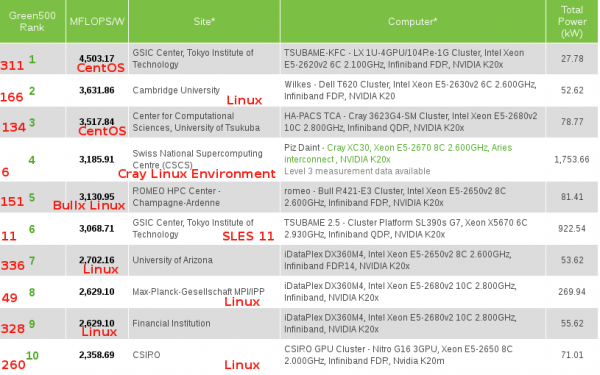 The original top 10 listing of the Green500 List and the complete Green500 List are available here. You might also be interested in reading 482 of the Top500 supercomputers run Linux, and China’s Tianhe-2 is the fastest.