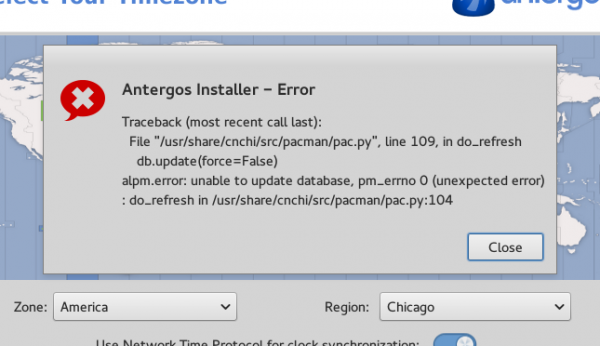 Desktop Environments: This part of this article provides some information on three of the supported desktop environments.

GNOME 3, with GNOME Shell: This is the default desktop environment. GNOME 3.10.1 is the latest version installed, using the default configuration of the GNOME Shell. This screen shot shows the login screen. 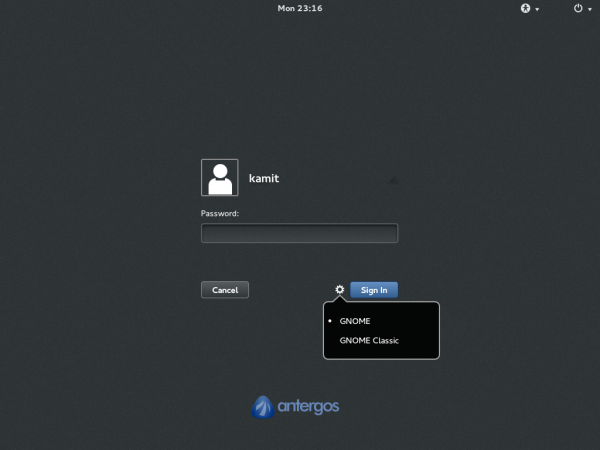 An overview of the desktop. 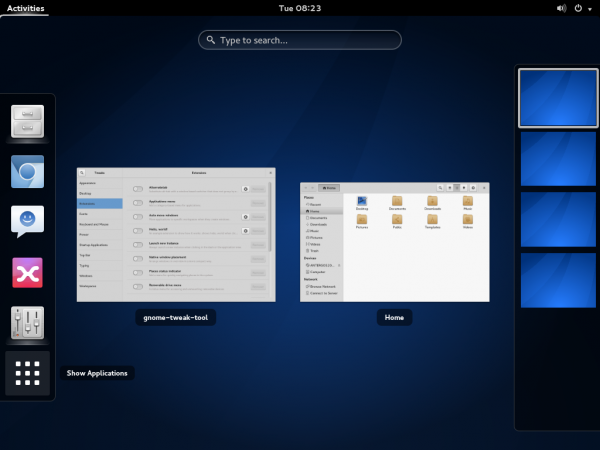 It comes with the Tweak tool, a management application that makes it easy to customize the desktop. There are about a dozen extensions installed, but not a single one is enabled. This screen shot shows the desktop after the Workspace Indicator extension was enabled. 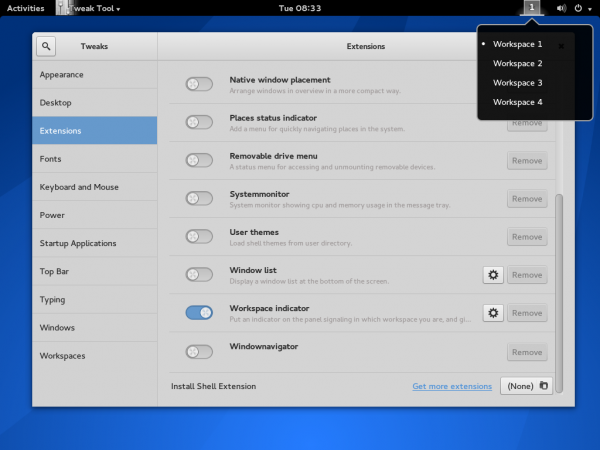 The desktop in app view mode. One thing I found odd in a test installation, is that after installing Firefox, I needed to log out and then back in before Firefox appeared in the menu. 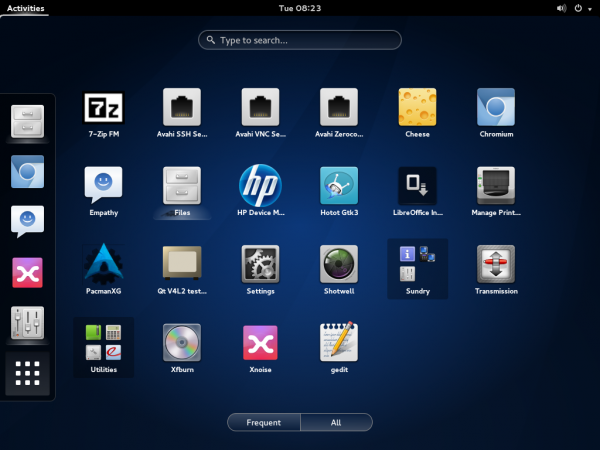 The desktop after the Applications Menu extension was enabled. 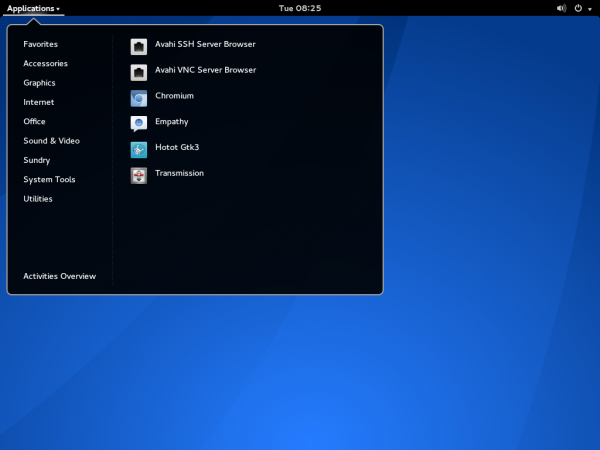 Evolution is normally the default email application on a GNOME 3 desktop, but the Evolution client is not installed in Antergos 2013.11.17, even though the Evolution Data Server is. 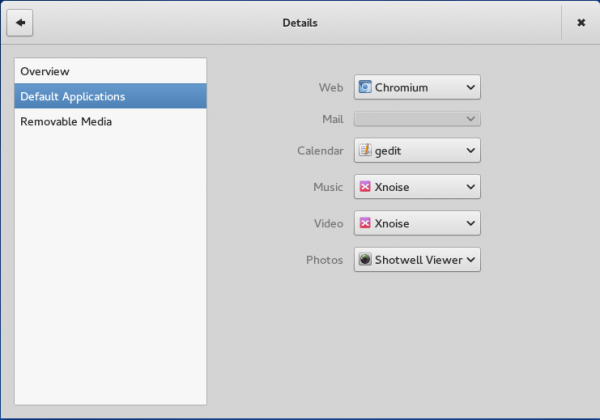 Just one more screen shot of the modified desktop before moving on to the other desktops. 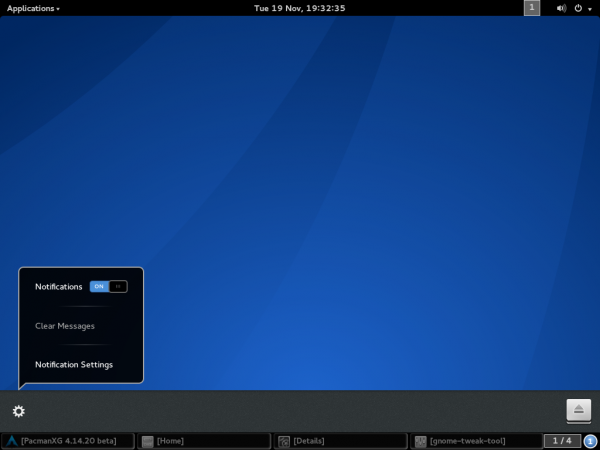 Cinnamon Desktop Antergos 2013.11.17 ships with Cinnamon 2. This screen shot shows the login screen. The Cinnamon and Razor-qt desktops have a similar login screen. 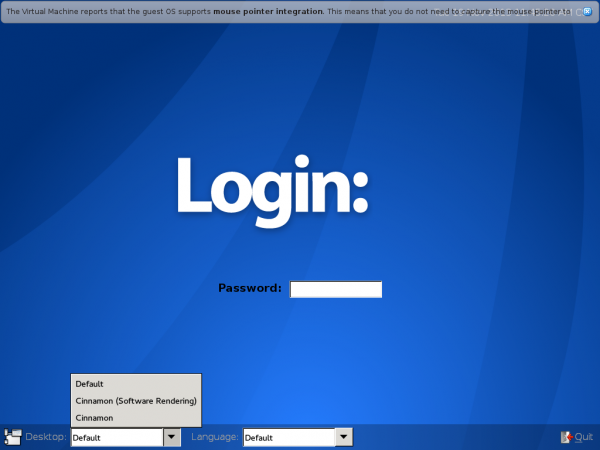 A screen shot of the default Cinnamon desktop. 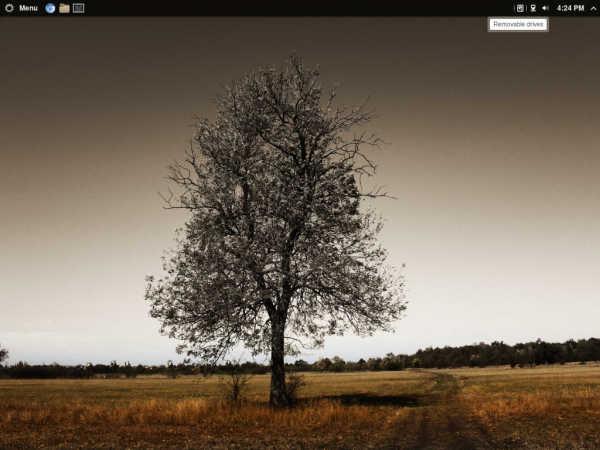 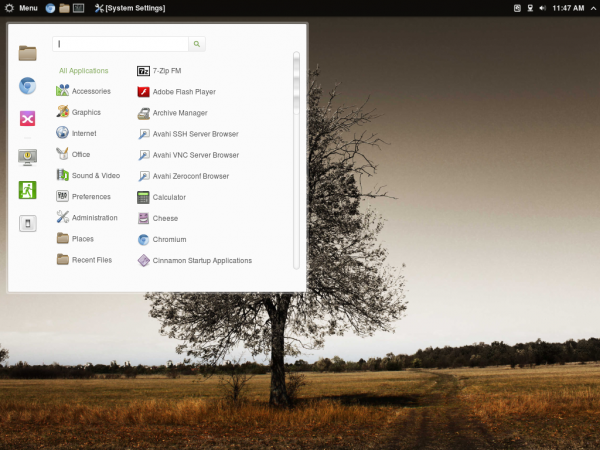 And the panel calendar. 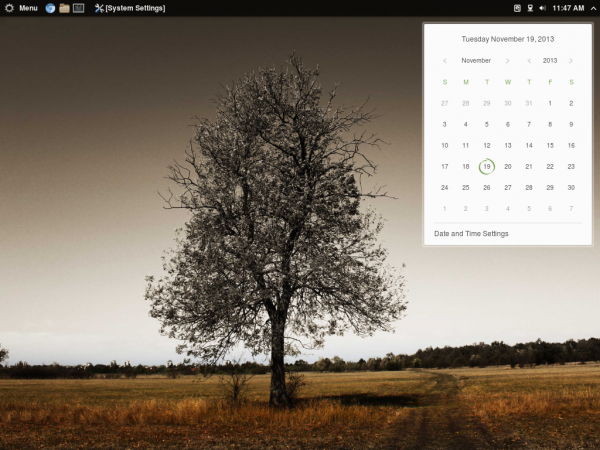 The desktop in Expo view. By default, there are two workspaces. 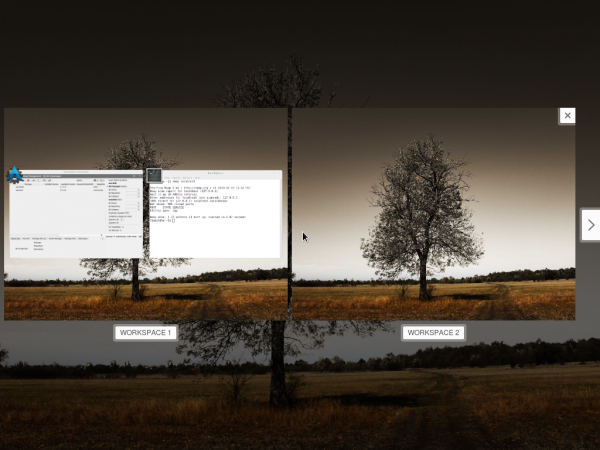 Razor-qt Desktop: This is a desktop environment built atop Qt technologies, the same used by KDE. That should not lead to a feature comparison with KDE, because Razor-qt is still a long way from offering the same functionality that KDE now offers. 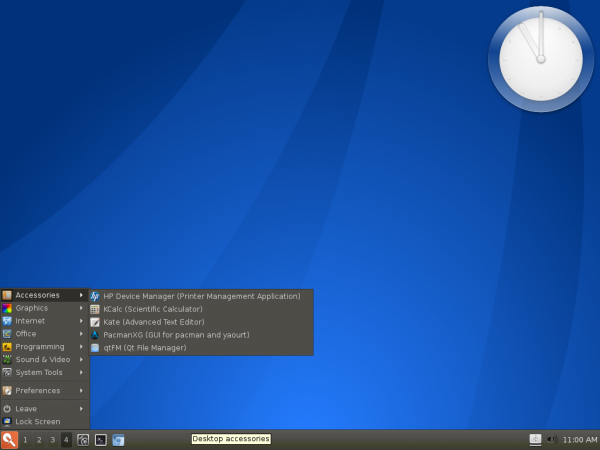 Compared to GNOME 3 and Cinnamon, the Razor-qt desktop feels almost half-empty or incomplete or something … 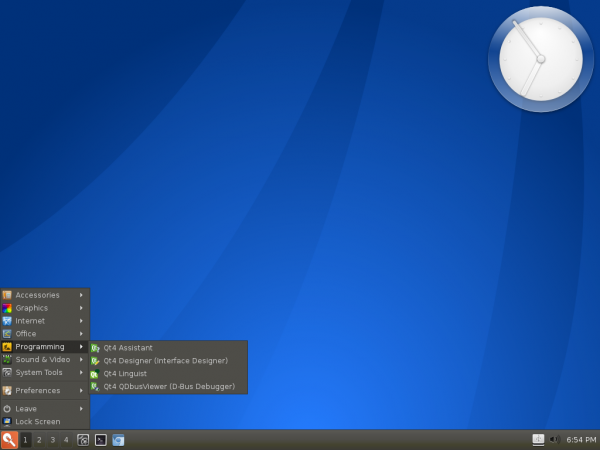 This is a screen shot of QtFM, the file manager. This screen shot shows that the user’s home directory is missing the usual directories. This is not the case with the GNOME 3 and Cinnamon desktops. 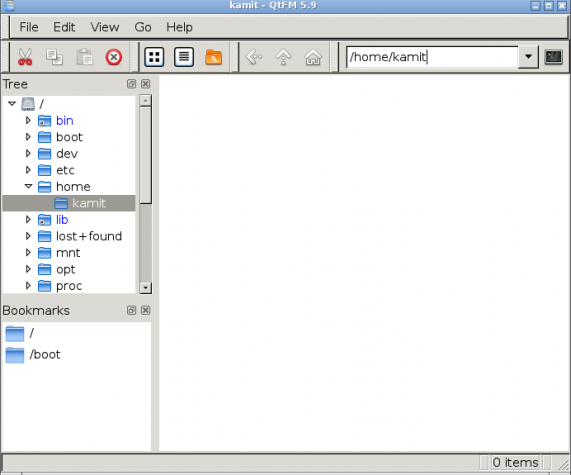 For a very recent distribution, the development of Antergos is progressing at a fast clip. I especially like the fact that LVM and disk encryption are supported in the automated partitioning phase of the installer. I did not attempt to see if both features can be configured manually, but I’ll make that the subject of a future article. For new users and those looking for a relatively mature desktop environment, Cinnamon and GNOME 3 are recommended.

Resources: You may read the Release Notes here and download an installation image of Antergos 2013.11.17 from here.

Stephen sorry to said that … In your face!

How to know that a car is a lemon if nobody tries it ?

Thx finid for did the dirty job for us.

Don’t put yourself to far ahead here with your review of an ‘incomplete distro’.. I’ve tried it and it’s a waste of time
in the 64 bit. Why would you test something like this just to fulfill your job..?

But how would I know that it is “incomplete” without testing it. Publishing the result just helps others know the pros and cons of the distro.

Btw, there are a lot of “incomplete” distros and operating systems out there, but people still use them. Is any version of Windows complete?