Developers: Give us sane and sensible default system and application settings

I often wonder why Linux desktops are the way they are. You know, why stuff that’s supposed to work out of the box, don’t and why some of the better features of the desktop environments and applications are buried or not enabled by default.

Sometimes I think it has to do with the adoption of a certain ideology by the developers. For example, the developers of Chakra Linux adopted the KISS (keep it simple, s..) principle, which roughly translates into, we give you a bare system, you customize it the way you want. Freedom, they say.

But to me, that’s taking the concept to a level where it works against endusers, the developers and their distribution. It doesn’t make sense. But that’s just me. I like stuff that can just work to do just that. Just work. I like to spend most of my time getting stuff done, not learning how the OS works. I can still do that if I want, but I hate when developers force the issue when it is even not necessary.

Take, for example, the Firefox Web browser. At some point in its development, Mozilla developers decided to move the Reload, Stop and Home buttons from the left side of the addressbar, where the Next and Forward buttons are, to the end of the addressbar. Why? I have no idea. So the very first thing I do when I log into a new Linux installation and start Firefox, is customize the toolbar. But this is a task that I should not have to do, if only Mozilla developers had left those buttons in their original position.

This is a screen shot of the default Firefox toolbar.

This is what it looks like after I’m done customizing it. This is the way it used to be and this is the way me likes it. It is counter intuitive and counter productive to have the Next and Forward button on one side and the Reload button on the other side. Whose idea was it?

How about Midori, the default browser on Elementary OS and a few other Linux distributions. For reasons that I’ll like somebody to explain to me, you can’t manage (list, view and delete) cookies until you enable the Cookie Manager extension. And you cannot set site-specific cookie policies until you enable the Cookie Security Manager. Why? These are tasks that we know the vast majority of users will perform, so why not enable the tools by default? 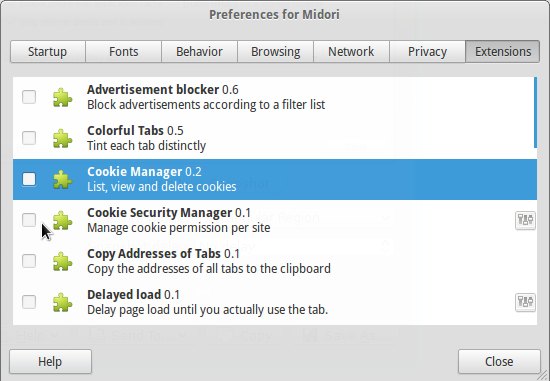 And why is it not possible to refuse to accept all cookies when using Midori? Or is there an extension for that? 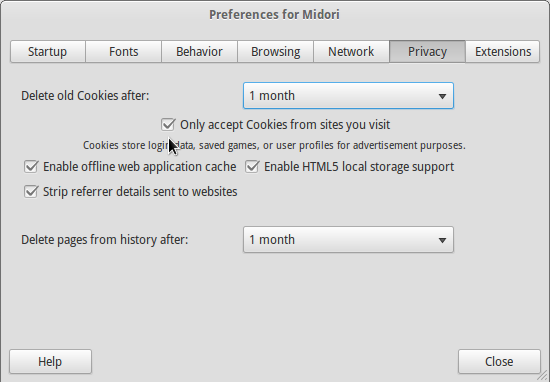 Dolphin, KDE’s file manager, is another example. This screen shot shows a view of the default toolbar. 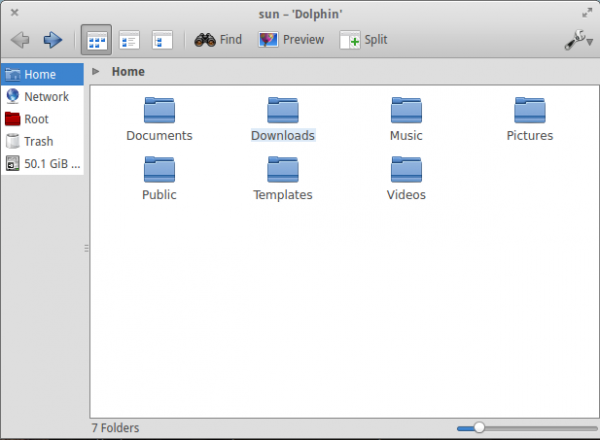 This one shows the same toolbar the minute after I log into a new installation of a KDE desktop. Why am I required to do this myself? Why must the location bar be hidden by default? Sane and sensible defaults are what users are asking for. It’s how users decide whether a distribution just works or whether they have to learn how to use the system just to get basic stuff done. 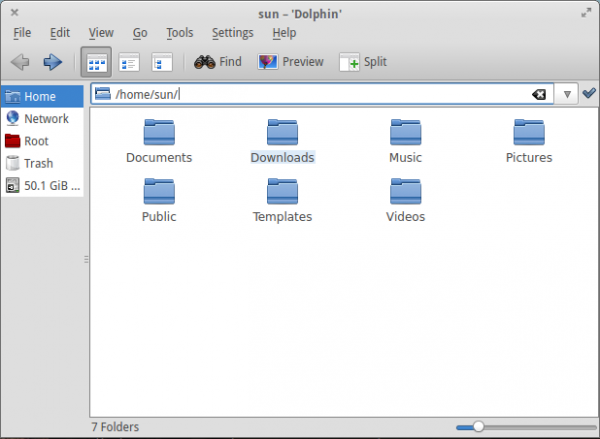 Let’s take a look at another example from Elementary OS, where the Minimize button has been removed from the titlebar of application windows. Why? According to one of the developers (see The Road to Luna):

While that may be true for lightweight applications, I found that starting a “heavy” application like LibreOffice takes a few seconds longer than bringing it back to focus, after it has been minimized. I am currently testing the latest edition of Elementary OS and I’m finding that the absence of a Minimize titlebar button has a negative impact on user experience. This is just one situation where developers made a decision sans adequate feedback from endusers. Even if applications start up faster than Speedy Gonzales, leaving the Minimize button alone does no harm to the system. Sane and sensible defaults, please.

Related Post:  Linux and the beauty of browser-based games

Still on Elementary OS and titlebar buttons, what’s the benefit to users of having the Maximize and Close buttons on opposite ends of the titlebar? I can’t think of any. But that’s how they are distributed on the titlebar of any application window on Elementary OS. Oh, and why is dynamic word wrap not enabled in Scratch, the text editor. 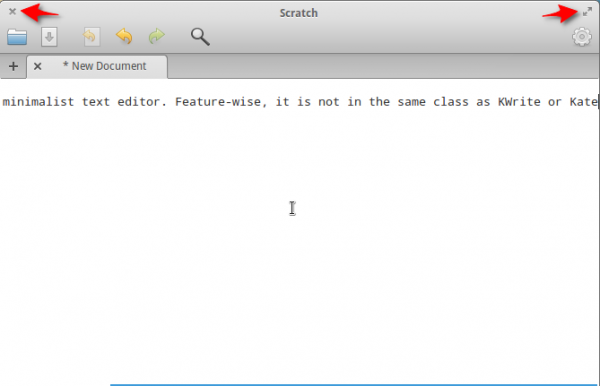 I could go on and on about default settings like these, but I think the point I’m trying to make is clear. If a feature that has the potential to make a system better is not enabled out of the box, to most users, especially new users, it might as well not exist.

Giving users sane and sensible defaults shouldn’t be too difficult to implement.