Ubuntu on tablets: Who’s on board? 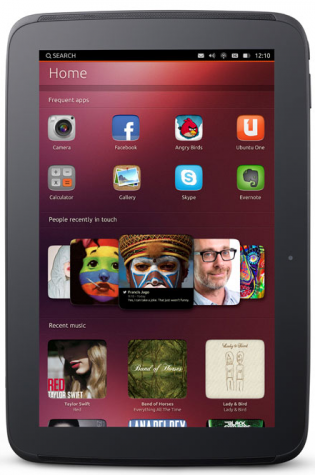 I tried yesterday on my Galaxy Nexus. My only advice will be : Don’t try this at home ! It’s so terrible… It’s only an amazon marketplace, big buttons to buy music, big button to buy films. But no button for some parameters. There is no customization and only screens full of ads.
Awful…

Be very happy if you can send me as many screen shots as you can. Use the email on the contact page of this site. TIA.

Maybe Amazon will end up buying Canonical (Ubuntu), but given that Jeff Bezos is already on fire with Kindle, I doubt.

Well it looks awesome, I like it and would buy a tablet that can run ubuntu (heck even a phone too)

Actually, all GNU/Linux distros have had support for full-disk encryption for quite some time, with the exception of /boot. This is similar to other solutions like McAfee Endpoint Encryption which require something to run from the HD to un-encrypt the data. The other solution is to boot from a USB thumb drive (hosting /boot) and encrypt the entire hard disk.

This applies not only to Ubuntu Desktop, but any other product that supports disk encryption as well.

Until the last release (Ubuntu 12.10), Ubiquity, the graphical installation program for Ubuntu Desktop, did not have support for full disk encryption (FDE). Even then, it is only available for automated installations.

So if you want to create partitions manually, FDE is not an option.

Mark does not get it. Listen to people. Give them what they want.

I don’t know a single person that says “Gee, I want my local searches sent to Ubuntu and then on to some partner-of-the-day for processing”.

Ubuntu 13.04 will allow during the installation to choose. You local searches? Only online searches are sent to Canonical and you can already exclude this. Another thing: just think about Google is able to do with you. Google knows everything about you and nobody complaining this! Viva Ubuntu, the only company that can compete with the market. Mint? What is Mint? Just another name for Ubuntu maybe?

“Google knows everything about you and nobody complaining this!”

What makes you thing that nobody complains about it? Have you wondered why some people are now using DDG for search?

I found DDG to be too limited in scope and after finding startpage (which uses google without the tracking), reverted to that. Unfortunately, if I want to access any cached pages, I have found no alternative to using the Goog directly:- Amy