Since everybody seems to be Steam-ing and the Steam client is not in the default Fedora 18 repository, I think the logical thing to do is write a short tutorial on how to install Steam client on Fedora 18.

And that’s the goal of this short tutorial. When you are done, there should an icon for the Steam client on your desktop, so you do not have to start it from a shell terminal all the time.

It’s a very simple process, but every step will be from the command line, so start a shell terminal and let’s begin.

1. Download the Steam Repo: The first step is to download the Steam repo. To do that, simply type, as a standard or regular user, the following: wget http://spot.fedorapeople.org/steam/steam.repo

If you do an ls where you ran that command, you should see a steam.repo file. (The ls command outputs a list of files and folders in a directory.)

3. Install the Steam Client: Install it with yum install steam

Start the Steam Client: The executable is installed in /bin/steam and /usr/bin/steam, but just typing, as a regular user, steam will get things started. The first time you run it, lots of stuff will need to be download and installed. And you will see a small window just like this one:

After all that’s done, agree to the license. 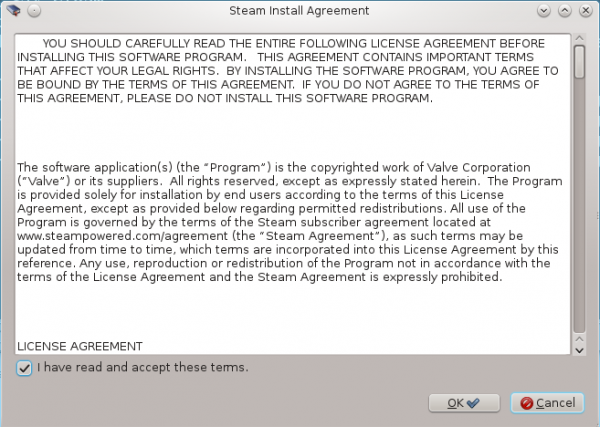 Almost there! If you don’t have an account, create one, or login – if you have one. You may want to close the client’s window and start another one by clicking on its icon on the desktop. 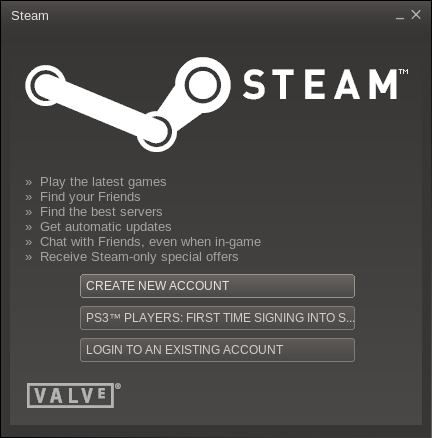 Steam is developed by Valve Software and you can find Linux games here. Until February 21, there is a 50% to 80% discount on Linux games. Grab ’em while they’re hot!

Every time I try to update the repo it comes up with:

I have tried reinstalling the repo but still it doesn’t work. I am running Fedora 20. Thanks in advance 🙂

I’ve never tried to install it on Fedora 20, but now that I did, I got the same error that you reported. If you look at http://spot.fedorapeople.org/steam, you will see that there’s no entry for Fedora 20. Maybe that’s the cause of the error. A Steam client has not been published for Fedora 20.

you may install it by using How to install Steam Client on Fedora 20 as a guide.

Thank that was realy helpful.

What a boss… tanks

I have no idea what to do with this…

You have to run that command as the root or admin user.

Thanks for explain how to install steam on F18, it was very helpful, great job!

Thanks for this tutorial! Worked great 😀