SimpleWelcome’s last tab is called TimeFrame. It presents a chronological view of files that’s been accessed since the system has been in use. It is made up of two tabs. This screen shot is from an installation that I’ve been using since December last year. The social tab gives access to logging into FaceBook and VKontakte (vk.com), the facebook of Europe. 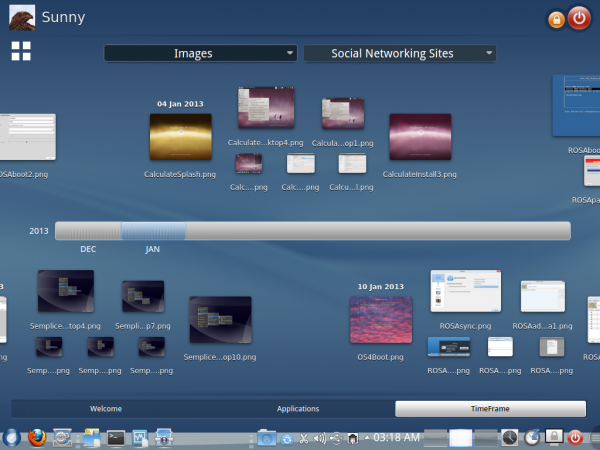 The other custom application on ROSA Desktop is the RocketBar, a ROSA Lab implementation of the KDE panel. I don’t have a very good impression of the RocketBar. Since I’ve been using it, I’ve identified three main issues with it:

1. Oversized Icons – RocketBar icons are oversized. Whether that’s by design or a bug, I don’t know, but if it’s by design, then it’s a very bad choice the designer made. That’s because their size limits the number of widgets you can add to RocketBar, especially when using a screen resolution of 1024×768. One too many and the task manager practically disappears.

2. A RocketBar can only be added to the bottom edge of the desktop.

I wrote earlier that the Places section of SimpleWelcome’s Welcome tab is not necessary. The reasoning behind that is because of StackFolder, a widget application that makes it easy to browse the contents of your file system without launching Dolphin, the file manager. Out of the box, there are two StackFolder widgets on RocketBar (for the Documents and Downloads folders). But two widgets on the panel for the same application is needless waste of panel space. I prefer having a StackFolder of the home folder instead, which gives me the ability to browse my entire home directory, instead of just the Documents and Downloads folders. This screen shot shows the StackFolder of my home directory on a test installation. 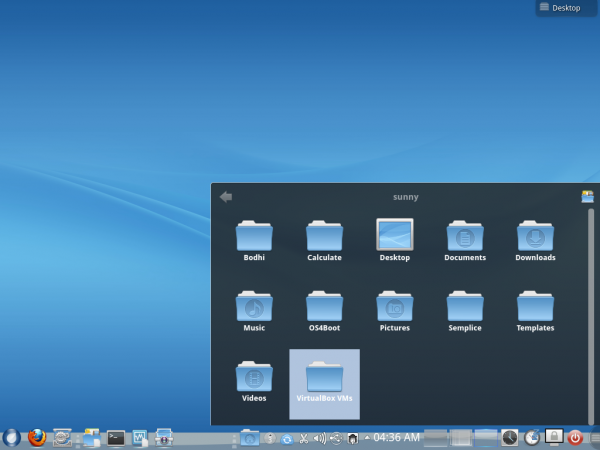 Aside from being able to browse the contents of folders from StackFolder, the integration of KLook, another ROSA Lab creation that is not available in the mainline KDE desktop, makes it possible to read certain files from StackFolder without launching any other specific application. Just click on the StackFolder, mouse over a file and press the Space key on the keyboard.

KLook is also integrated into Dolphin, which also makes it possible to view and read a range of files (images files, text tiles, PDF, audio and video files) without opening any other application. The combination of StackFolder and KLook brings a level of user-friendliness to ROSA Laboratory’s KDE edition that you will not find in other KDE desktops. SimpleWelcome’s minor issues just takes a little bit of shine off that user-friendliness. This screen shots KLook being used to read a PDF file. 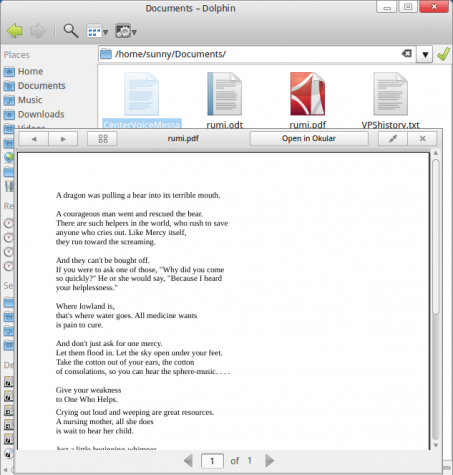 A major issue that I observed when using several applications in this distribution is with text within application tooltips. For example, this screen shot is of ROSA Media Player (ROMP). The arrow is pointing to the tooltip. You can see that text inside the tooltip is unreadable. And that’s true no matter how close you are to the monitor. This used to be a system-wide problem with ROSA desktop editions, but it seems to has been fixed – partially. In this edition, I’ve only encountered it in a few applications, ROMP being one of them. Scribus is the other major application that still has this problem. 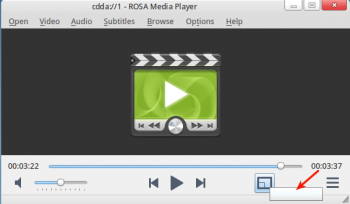 One other issue is the absence of suspend or hibernate option from the list of shutdown options. I was told that I needed to install kernel-3.6.7-nrjQL to get those options, but the kernel is not in the repository. Rather than leave my test system running all the time or power it off when it’s not in use, I decided to install the HMUctrl widget, which offers a Shutdown, Suspend, Hibernate and Lock buttons. The developer of that widget is Phan Quang Đạt.

If you have a Linux distribution running kernel 3.6.7, you can be sure that any hardware that works on it should also work on this distribution. The only difference might be in whether a particular device is automatically configured when it is detected. Most desktop distributions will auto-configure hardware (like printers, for example) and ROSA Desktop Fresh 2012 does not fail in that regard.

Playing Local Video and Audio Files: When a DVD video is detected, the notification system offers a list of actions that could be performed, but none has anything to do with playing a DVD video. ROMP, the installed media player, is not configured as an option for playing multimedia files. Also, out of the box, ROMP is unable to play encrypted videos, because libdvdcss, the library used to decode such files, is not installed, even though it is in the repository. 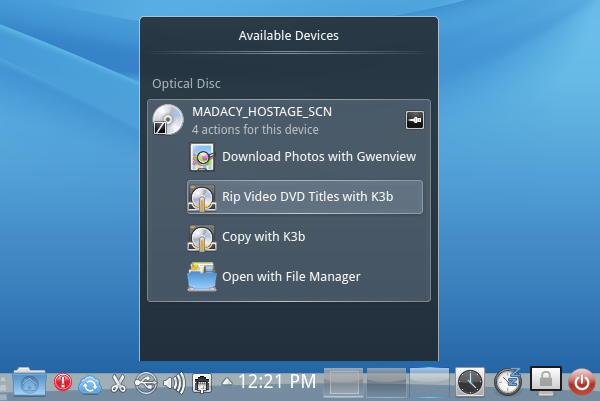 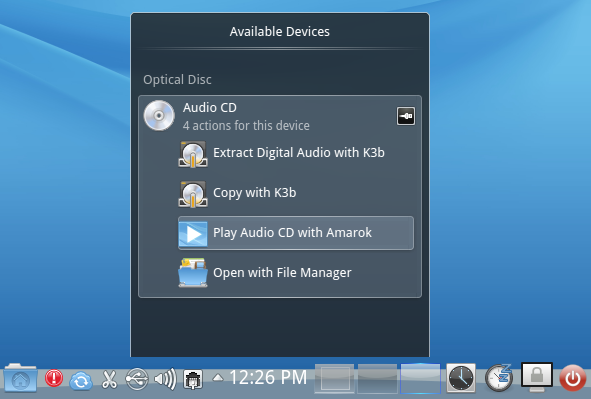 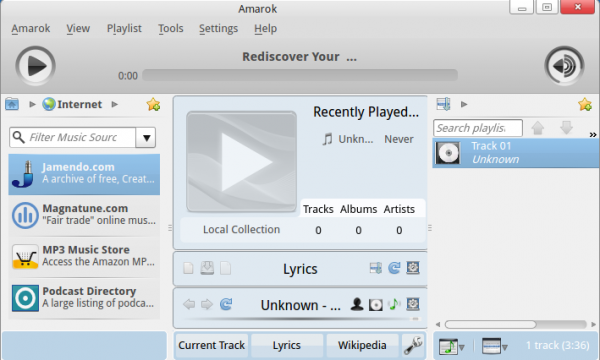 Installing and Updating Applications: ROSA Desktop Fresh ships with a near-complete assortment of applications that most users will need. Games are the only ones not installed out of the box, but you can installed them and any other application you need by using Rpmdrake, the distribution’s user-friendly, graphical application manager. 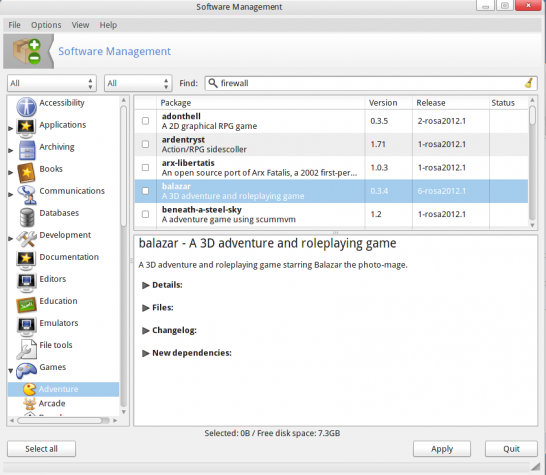