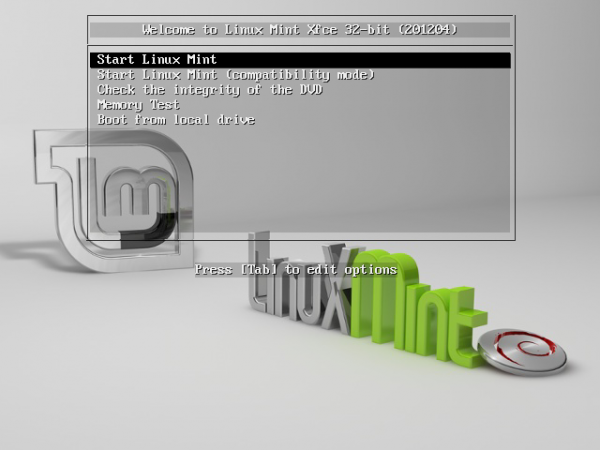 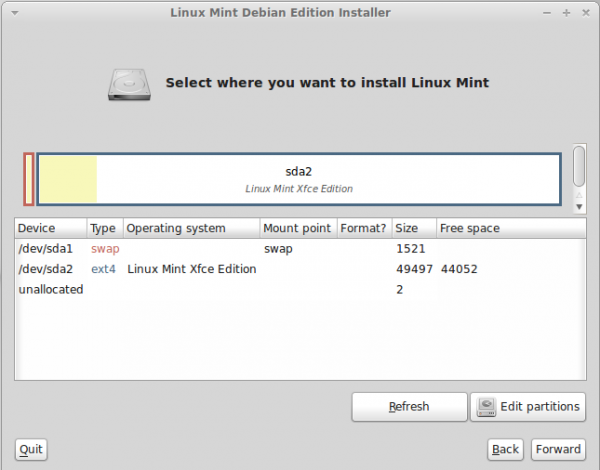 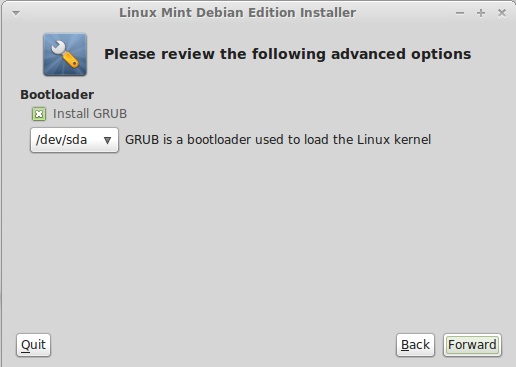 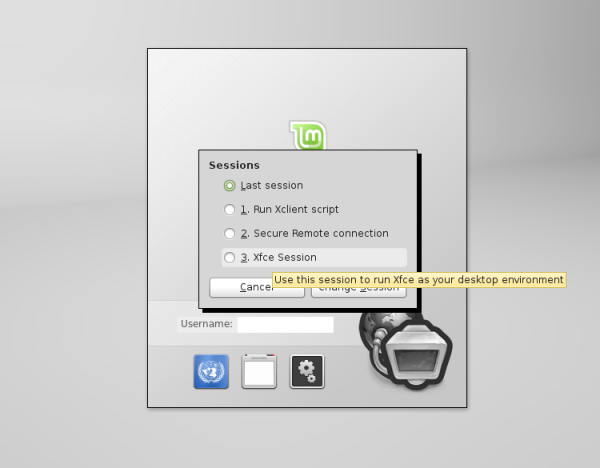 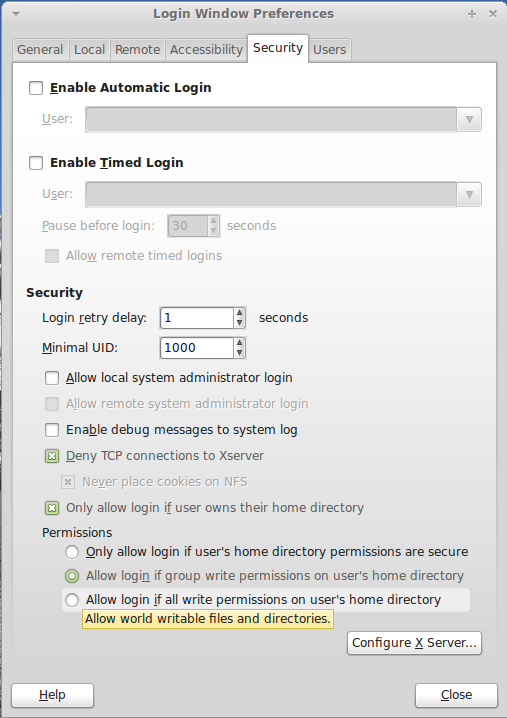 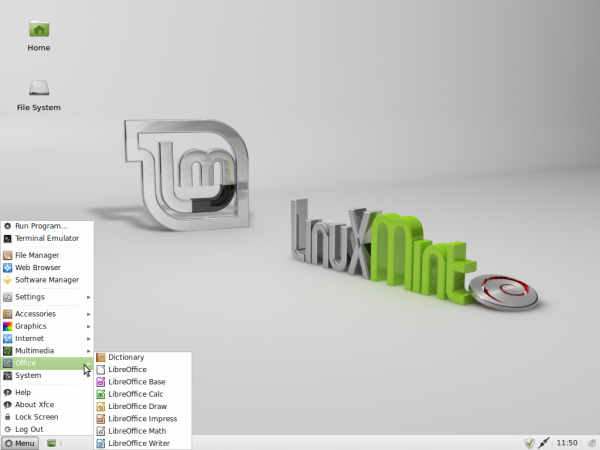 As somebody who is boycotting Ubuntu for numerous reasons, from personal to aesthetic to security related, Mint Debian has been offering the MOST polished and noob friendly Debian based systems around. A few are close like Mepis for the KDE-lovers. After updating to XFCE 4.10 and using Mint-Menu (the same one that was used in Gnome2) via the XF-applet, they have created a system that is as functional as what most of us were used to before all this ‘Unity’ and Gnome-shell stuff happened to us. XFCE is great. It is not the lightest desktop, or the heaviest, but a solid if basic desktop environment that can be scaled down to be almost as lite as LXDE or loaded up with Gnome-like functionality. You can get the spinning 3d desktop in XFCE by installing Compiz-Fusion instead of the standard xf session. It is way faster and more responsive than Cinnamon (which is a beautiful desktop in its own right if you have the CPU and graphics card for it), more of a traditional workstation than “Unity” (which looks like its copying Android/IOS rather than a genuine desktop OS), and is more comprehensive and efficient in its layout than KDE. As of 4.10, XFCE has a nifty little ‘settings’ panel that is about as good as the one Mint used to use for their Main Gnome distro that everyone has copied. The new settings panel and other improvements has really raised the status of XFCE from just a ‘lite’ desktop that you run if you cannot run heavier desktop-environments, to a DE that you might actually want to run on your most modern hardware just because it is simple and efficient and fast even with 3d effects and Compiz added to it.

Add docky or Cairo dock after you enable composting or the proprietary video drivers (not really necessary with ATI or higher end intel as of kernel 3.5 with 70% 3d improvement for the open-source ATI drivers, but still necessary with Nvidia to realize the potential of your video card). With compiz and cairo-dock 3d effects this simple workstation can have plenty of eye candy, and the old Mint-Menu is still the best we have seen on Linux. It was ported from Mate to work with Xf-applet, which is awesome.

There are a few rough edges in Mint-Debian compared to Mint-Main, like you need to copy and paste some command lines into the terminal to install the optional Nvidia drivers. It runs faster than the ubuntu based version, looks and feels the same for the most part, and it is not beholden to Ubuntu who has been rather invasive in how they keep track of their users. I am not sure if it is Googles influence (Google runs on Ubuntu), but I feel very uncomfortable with all the logging and remote access “features” in Ubuntu…..I feel as insecure using Ubuntu 12.04 as I do using Window. While Mint is geared for new users and not hackers or security professionals, I feel their default set-up is significantly more secure and less invasive. Additional steps should still be taken to improve your security.

I also love XFCE because it does not require all the logging applications that Gnome-Mate-Cinnamon-Unity depend on for their interface. They log all your activities locally on your own machine, allegedly to boot the apps you use most often faster….but as a privacy advocate I feel as though it is just another tool for governments to spy on citizens, only our own machines do the logging instead of theirs…..Yeah, put me in the tin-foil hat club, and most people will never have to worry about anything, but even if you are doing nothing wrong it still does not feel very good to be put under someone eases microscope and spied on in your own home. Domestic spying is a reality, and while these “features” might not be any kind of conspiracy, they are still a vulnerability that can be exploited….If a hacker looks at your Zeitgeist log, its like going through your trash to find out what your habits are. Docky and Cairo-Dock also unfortunately depend on zeitgesit, but you can use something like W-bar or another dock that does not have zeitgeist as a dependency…..XFCE still works with zero logging, while the other gtk based systems break without it.

You will also want to disable X-host from start-up applications unless you really need to log into your home desktop remotely (who does, unless they run a server?, and block port 22 in your firewall. Firewalls in Mint are really easy to manage with Firestarter or FWbuilder and IPtables…A total newbie can do it.

Also, I do not use sudo. I enable su mode and use an alternative to sudo called OP. Intermediate to advanced users can look into it, but being more specific it protects your system from users gaining root access with buffer-overflow attacks in a minority of instances.

I also switch from the default network manager to wicd, not because it is nicer but because I think it is more secure (without dnsmasq), and only a little less polished. It is user friendly enough for most people to get it, but the default works fine too.

I usually install a modified kernel. I prefer app-armor to SeLinux, so I disable SeLinux, and include some features from the Liquorix kernels and other modifications that make it more ideal for desktop use over server use. I enable all the driver support that is missing from vanilla debian, and port various security tools from Backbox (XFCE alternative to backtrack) and some other debian based distros….I cannot manage to install the whole Backbox environment on the debian based system, but the individual applications are all fully compatible as long as you install Aircrack-NG yourself from source. I also pin repos from Aptosid and Crunchbang, and sometimes keep an Ubuntu 10.04 or 11.04 repo (commented out) just in case there is an unsatisfied dependency somewhere. I give it the lowest priority and keep to the old versions to prevent it from invading on the core system.

Mint-Debian has proven to be the best starting point for me. When i start with Ubuntu I cannot delete all the stuff I want to avoid without breaking my system.

Mint Debian XFCE is easy enough that I would give it to an elderly or young person with no computer experience and feel confident that they could figure it out. The debian versions were a little unstable for a while, but since the upgrade to the repos they have been rock solid for me personally.

extremely frustrated and now i realize this is not a stable version? at the moment i feel like 2009 xfce mint is the one i want but no longer supported…

@iBigmac : Do you read that LMDE is based on Debian “TESTING” ??? Not stable… Useless comments are redundant…

PS : i forgot to mention that I use Debian testing since antiX 8.5 (more than 3 yrs now) and I am quite happy, provided a minimum knowledge of Debian Linux and the way “Debian testing” is declared and used. You can find a lot of info just on the official Debian site…

In order to be able to share a directory, I had to use nautilus instead of thunar. I also recommend installing the application finder. It is much easier to use than the menus.

hmmm i guess you meant GDM, since xdm is https://en.wikipedia.org/wiki/XDM_%28display_manager%29

From a person claiming: “I have no particular affiliation with a any distribution” the review looks a bit Ubuntu-centric. I am an Debian-centric person.
One thing I didn’t understood: any person switching to Linux world for, say, min. 1 year would now that:
a) XFCE is an simplied DE
b) Debian testing (wheezy) is NOT the stable version.
So why to write a 2 pages review abt. things most people know ???

Considering that most people know that:
a) XFCE is an simplied DE
b) Debian testing (wheezy) is NOT the stable version

I read here: “Try the Linux Mint, the line that is based on Ubuntu.”. Sincerely sorry. Anyone is entitled to his own opinions.
I still love Debian testing and Ubuntu looks for me a wrong way, commercially or freely.

I have a multi-disk, multi-boot setup. XFCE shows all my unmounted SATA partitions as icons on the desktop, and the only way to get rid of those icons is either to mount them all (NFG) or unclick DesktopSettings=>Icons=>RemoveableDevices. But if I do that I no longer get an icon for USB devices. SATA partitions are not removeable devices. I didn’t have this problem with previous XFCE versions.