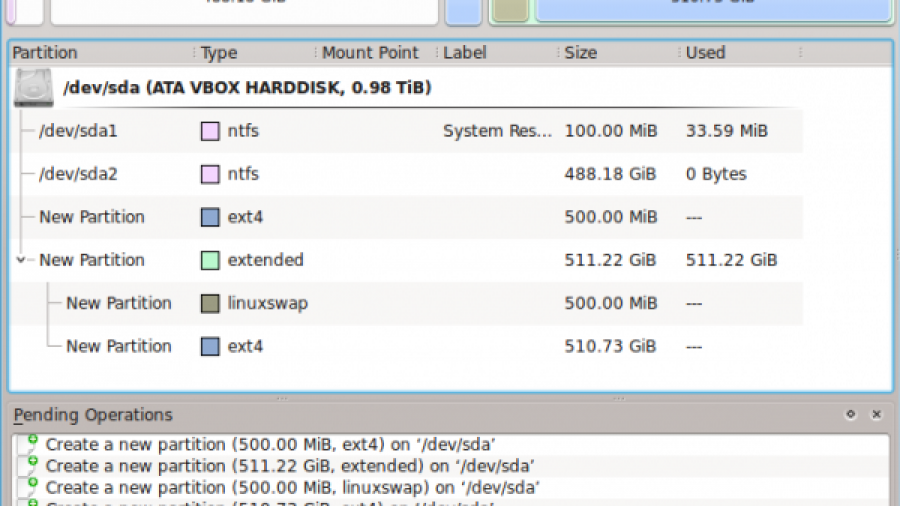 Editor: An more detailed, comprehensive and updated version of this tutorial has been published. If you have been expecting “Part 2”, sorry, that has been shelved. You may read it at How to dual-boot Windows 7 and Chakra Linux Archimedes, with shared NTFS partition at the end.

In this article, all the step required to dual-boot this distribution (the latest editions and previous releases too) and Windows 7, are presented in an easy to follow manner. So that at the end, you should have a boot menu that looks just like the one below – when you (re)boot your computer. 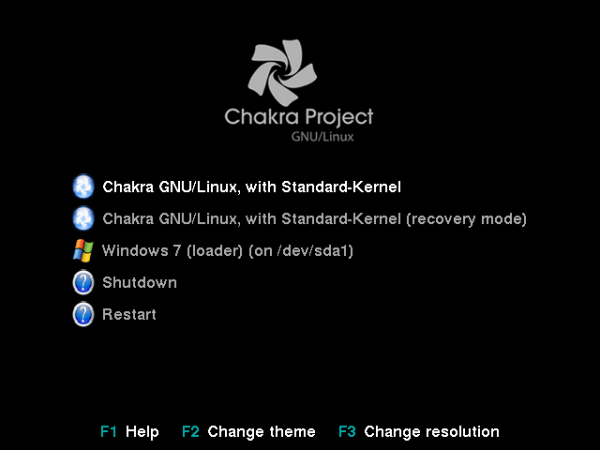 Because Tribe, Chakra’s installation program, is not capable of auto-partitioning a disk, any attempt to install the system, standalone or dual-boot, requires creating partitions manually. If you are using Chakra, want to use this tutorial to dual-boot it and Windows 7, and disk partitioning in Linux is a new area for you, Guide to disks and disk partitions in Linux is a recommended read. And for some tips on dual-booting Linux distributions and Windows, you might also want to read tips for dual-booting Windows and Linux. 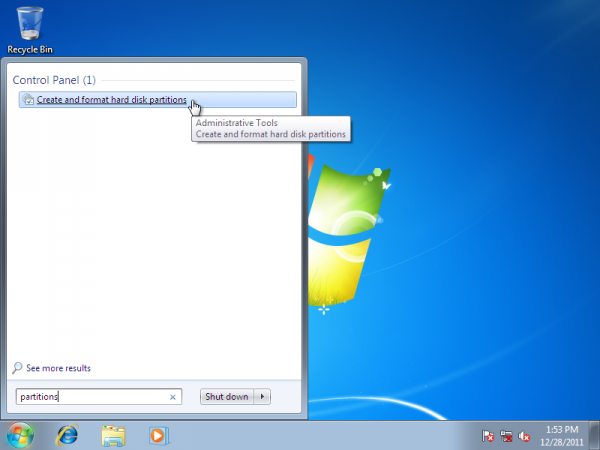 That should open the partition manager. Right click on the C drive and select “Shrink Volume.” 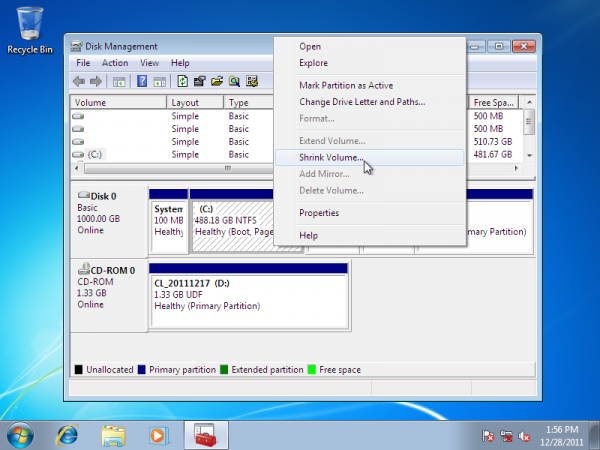 If there is enough free space on the disk, the partition manager will tend to free up half of the total disk space. If you know that you can free up more space than suggested, change the value shown in the “Enter the amount of space …” box. Click Shrink. 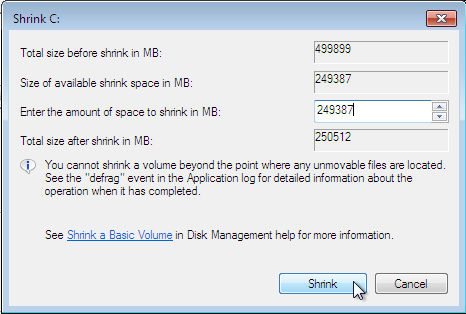 That will bring you back to the main window of the partition manager. The recovered space should be shown right next to what is now left of the C drive. Close the window, and restart the computer. Be sure to first place the copy of Chakra’s CD or DVD installation disc in the optical drive. If you have got that, proceed to the section on installing Chakra. That is on page two of this article. 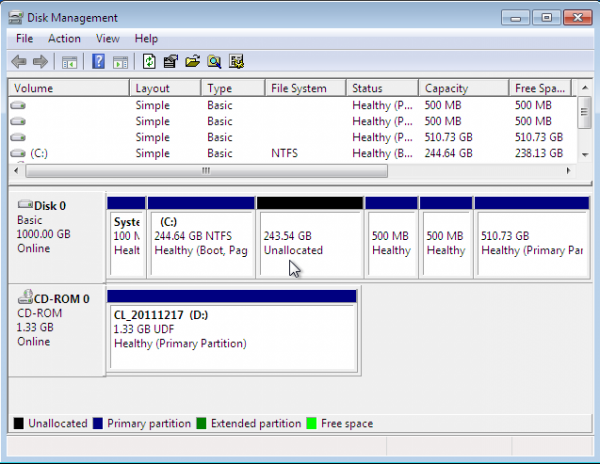 Install Windows 7 Anew: If you would rather install a fresh copy of Windows 7, these are the steps you need to follow: First, boot the computer using Windows 7’s installation CD or DVD. Then Click through the first few steps until you get to the one shown in the image below. The available disk will be shown. You will have to specify the amount of disk space to use for Windows 7. The system used for this tutorial has a disk space of 1 TB, and I assigned half to Windows 7, half to Chakra. You decide how you want to allocate the space on your computer. To start, click on Drive options (advanced). 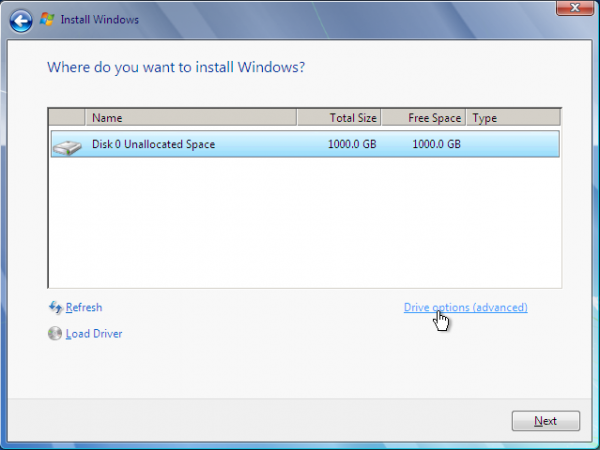 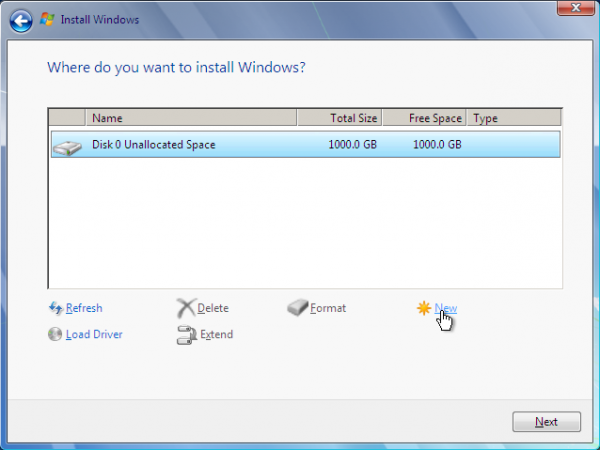 The available disk space will be shown in the Size box. Change it to reflect how much space you want to assign to Windows 7. 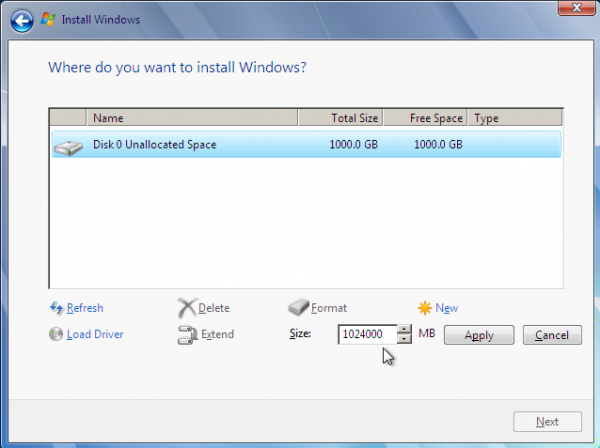 Here is what I did for the system used for this tutorial. Click Apply. After the installer has created the partitions, click on Next to continue with the rest of the installation. 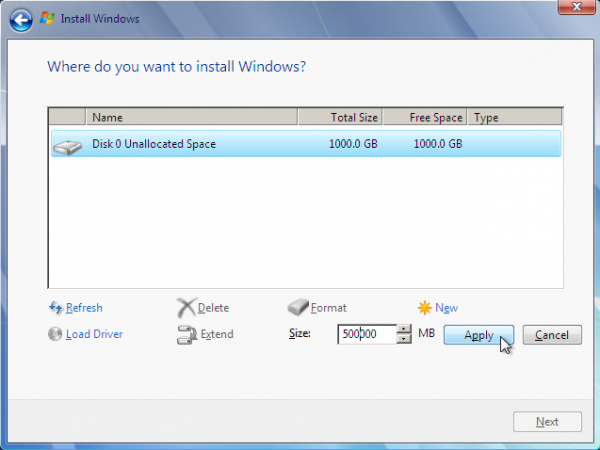 After installation has completed, reboot the computer, but not before placing the installation CD or DVD of Chakra that you made earlier. If you transferred the installation image to a USB flash drive instead, insert it in to a USB port. Proceed to the next section.