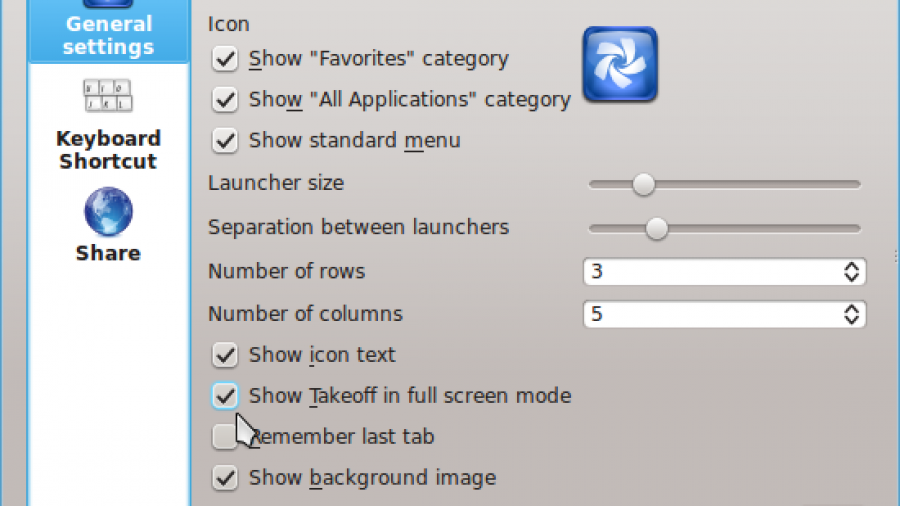 The K Desktop Environment (KDE) has more menu styles than any other desktop environment available. There is the Classical type, the Kickoff style (which most users dislike), Lancelot (better than Kickoff, but with a few shortcomings), the ROSA Launcher (for Mandriva Desktop 2011), and the Takeoff Launcher.

I have already written about the Lancelot menu and the ROSA Launcher. In this article, you will get to see screenshots of Takeoff Launcher. Now that I have used all five menu styles, I can say with confidence that the Takeoff Launcher is best of breed. I think it is what Mandriva developers had in mind when they started working on ROSA Launcher.

The screenshots used for this article where all taken from a test installation of Chakra Edn 2011.11, the latest release of the semi-rolling desktop Linux distribution. A review of that release will be published here tomorrow. (Update: Read the review here.) Takeoff Launcher is not the default menu style in Chakra, so it must be installed using the package manager. Like ROSA Launcher, Takeoff Launcher has a tabbed interface, with a columnar arrangement of application icons. When you first clicked on it, all you get is an empty Favorites tab, taken up the entire desktop. The application categories sit atop the top section in a narrow, scrollable strip. 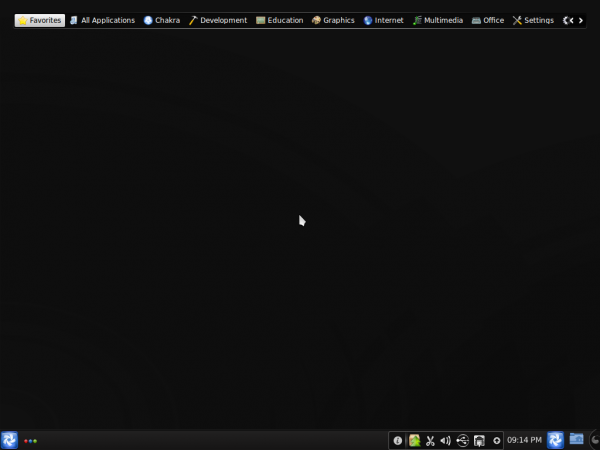 This is a view of the All Applications category. By default, application icons are arranged in five columns and three rows. This screenshot, by the way, was taken from a system using a 1024×768 screen resolution. To add an item to the Favorites tab, right-lick on it and select the only option – “Add to favorites.” 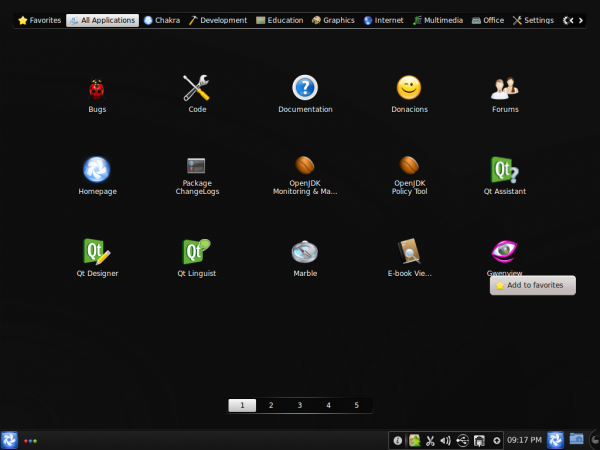 Unlike the ROSA Launcher, Takeoff Launcher is configurable. This screenshot shows the default settings. Almost every aspect of the launcher can be adjusted. If you feel that the spacing between icons is too wide, you can adjust it here. 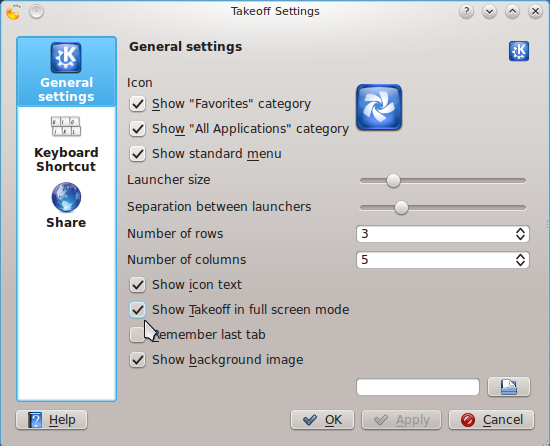 Here is what it looks like in non-fullscreen mode, with just the Favorites and All Applications categories enabled. 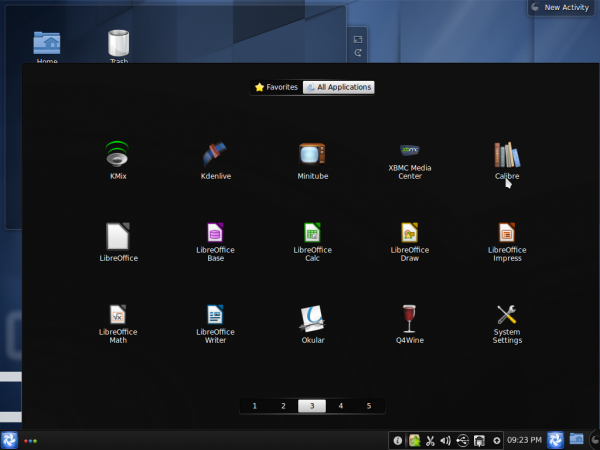 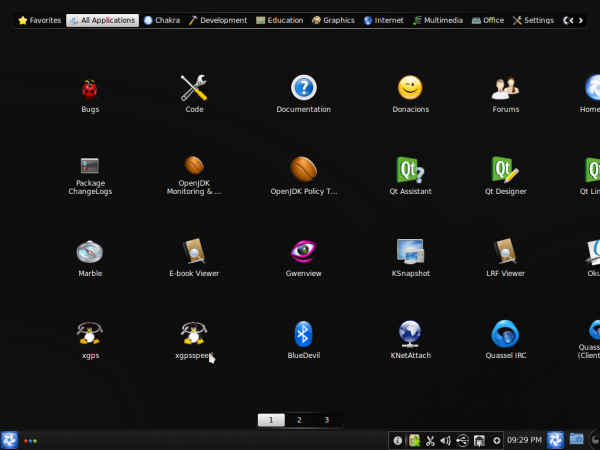 This is my preferred setup. It is a lot better and lot easier to access applications if all application categories are enabled. 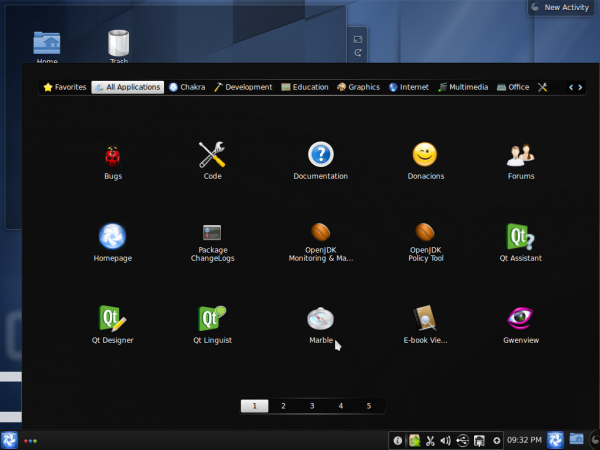 And the Favorites tab is populated with my favorite applications. To remove an item, just right-click on it and select the only option – “Remove from favorites.” 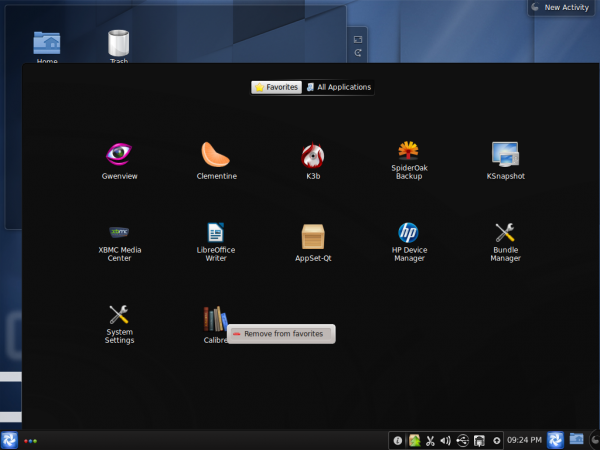