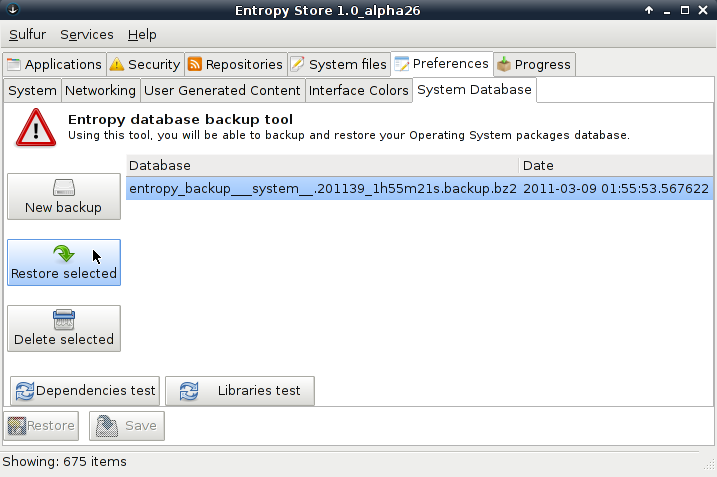 Sabayon Linux 5.5 is the latest release of the Gentoo-based Linux distribution. It is also the first Sabayon release this year and judging from this distribution’s release history, we should expect to see at least three more releases before the end of the year. Sabayon offers a separate installation image for each of the major desktop environments. GNOME and KDE editions of previous Sabayon releases have been reviewed on this site, but not an Xfce edition.

This article is a review of the Xfce edition of Sabayon Linux 5.5.

Installation: The latest stable version of Anaconda, the Fedora system installer, is the same one used on all current releases of Sabayon Linux. That means that there is support for LVM, the Linux Logical Volume Manager, RAID (Random Array of Inexpensive Disks), and full disk encryption. Ext4 is the default journaling file system, and LVM is the preferred disk partitioning scheme. The installer creates two logical volumes (/ and swap) if the disk is small, and three (root, swap and /home) on bigger hard disks. The size of the boot partition, the only non-LVM partition, remains at 500 MB. A fresh installation of Sabayon 5.5 Xfce uses less than 2.5 GB of disk space.

Desktop: This Xfce edition ships with Xfce 4.8, the latest stable release. The default desktop has two panels – Panel 1, the top panel, and Panel 2, the bottom panel. I think the desktop would have looked more visually appealing without the rigid, dock-like bottom panel. Would have looked a lot better with Cairo-Dock, which is available in the repository. 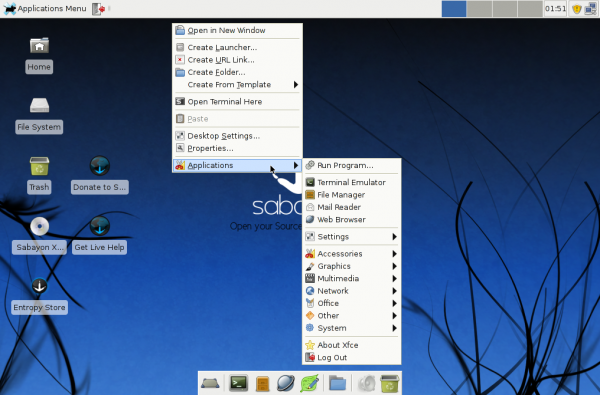 That is it, except for a few desktop accessories and system utilities. Midori, the only Web browser installed, is a lightweight GTK+2 and WebKit Web browser, with DuckDuckGo as the default search engine. The only browser plugin installed is the Adobe Flash plugin. Firefox (3.6.13), Chromium 10, and the latest stable version of Opera for Linux (11.01) are in the repository.

Other desktop editions of Sabayon usually have XBMC, a media center application, installed by default, but not this Xfce edition. Also, most media codecs that are typically installed out of the box on other editions (of Sabayon) are not installed. There are no audio and video playback applications installed out of the box, Not a single one. If you are going to play a music CD or DVD video, use the package manager to install your favorite media player.

Package Manager: Sabayon’s graphical package manager, Sulfur, is at version 1.0 alpha27. For an application still in alpha status, it works very well, only a bit slow to load. This the default view of the main interface. More features are available on the Advanced view. Compared to the Synaptic Package Manager, Ubuntu’s Software Center, and Linux Mint’s Software Manager, package installation on Sulfur involves more clicks than is necessary. 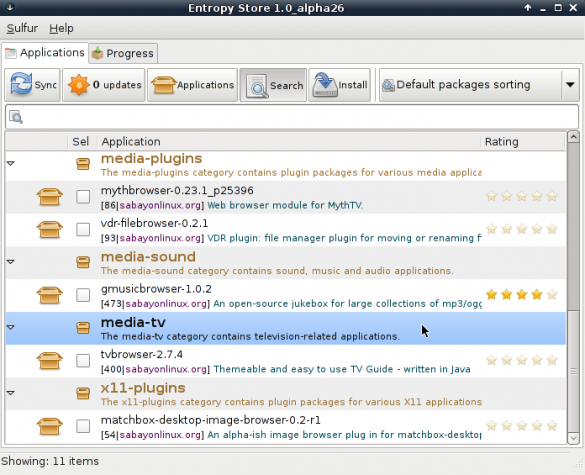 Bundled with Sulfur is the Entropy database backup tool, which makes it possible to backup and restore your system’s applications database. 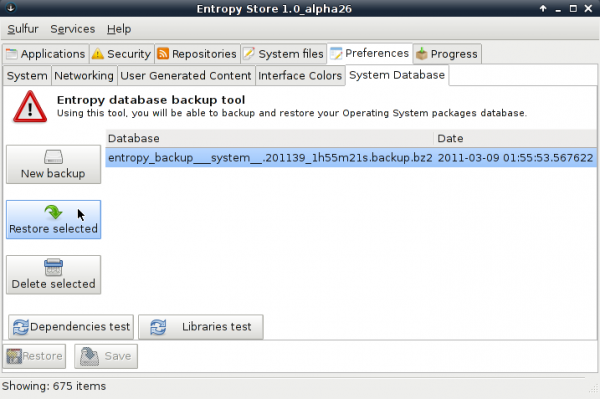 Other Graphical Administrative Tools: The Disk Utility application, used to view and modify disks or disk partitions, is installed and accessible from Applications Menu > System > Disk Utility. All other graphical administrative tools, mostly desktop customization tools, are accessible from Xfce Settings Manager. Some of the most important graphical administrative are not installed. For example, there is no User account management tool. Also, a graphical tool for managing LVM is not installed, and is not even in the repository. 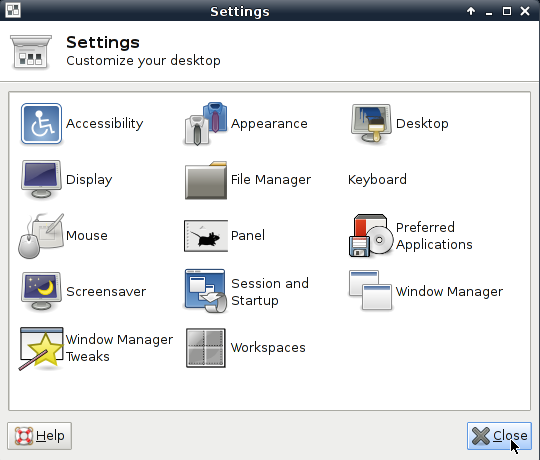 Security: A fresh installation of Sabayon 5.5 (Xfce) has two open ports – 111 (rpcbind) and 631 (IPP – Internet Printing Protocol). The firewall is not enabled, and none of the mandatory access control modules – SELinux, AppArmor and Tomoyo, are loaded.

Final Thoughts: Though the GNOME and KDE editions of Sabayon are notorious for being buggy, they still ship with all the applications most desktop users will ever need. Not so with this Xfce edition. It appears less buggy than the others, but where are all the applications expected on a default desktop distributions? Where are the system-level graphical management tools?

I have always been hesitant to recommend Sabayon Linux to new users, but this edition is one you want to avoid if you are new, and if you want something that works right out-of-the-box. It is not worth the trouble. If you must use Xfce, the Linux Mint edition works as well as any.

Resources: If you still feel like taking this edition of Sabayon 5.5 Xfce out for a spin, mirrors for downloading 32- and 64-bit ISO images are available here.