Desktop: GNOME is the default desktop environment on Vine Linux.

Key features: The following are some of the key features of Vine Linux:

Reviews and Tutorials: A review of Vine Linux 5.1 is available here.

Download: Vine Linux is supported on 32-bit and 64-bit platforms. Download information is available on the project’s home page. 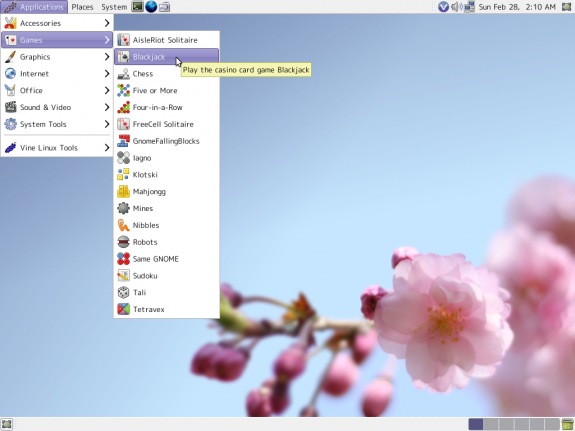