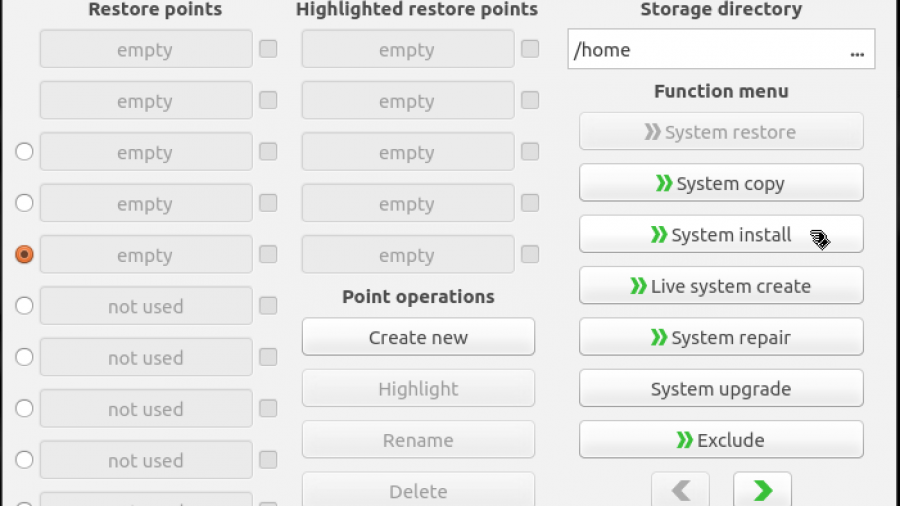 CAINE (Computer Aided INvestigative Environment) is a Linux distribution specifically designed for digital forensics. It is based on Ubuntu.

The latest edition is CAINE 7, code-named DeepSpace. It is based on Ubuntu 14.04 LTS and, therefore, UEFI and Secure Boot ready.

It comes with some new features, including booting into a read-only mode whereby all block devices are not writable, and a VNC server and client that allows remote control of a Caine 7 installation.

This post offers screenshots from a test installation of CAINE 7 in a virtual environment.

This is the installation boot menu. If you want to install CAINE in a virtual environment (using VirtualBox) on Ubuntu, select the Boot Live in safe graphics mode. Booting using the default will only give you a garbled display. 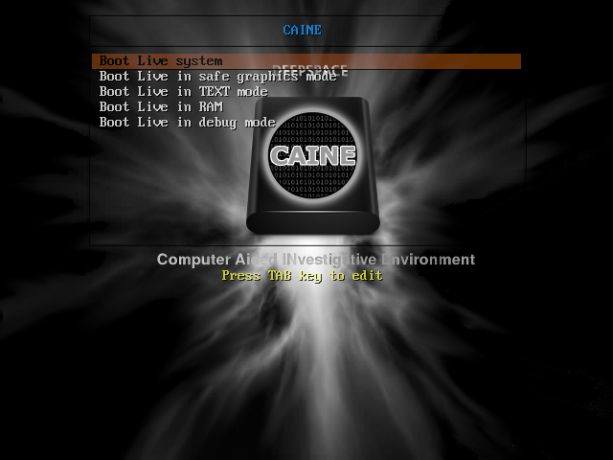 Figure 1: Entries in the boot menu of CAINE 2 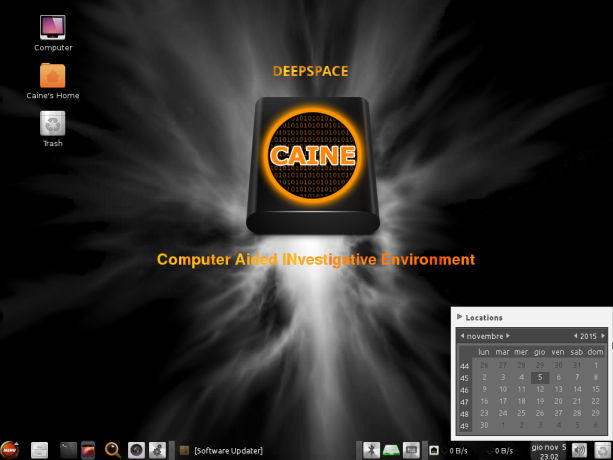 You will find the best forensic applications in the Forensic Tools menu category. 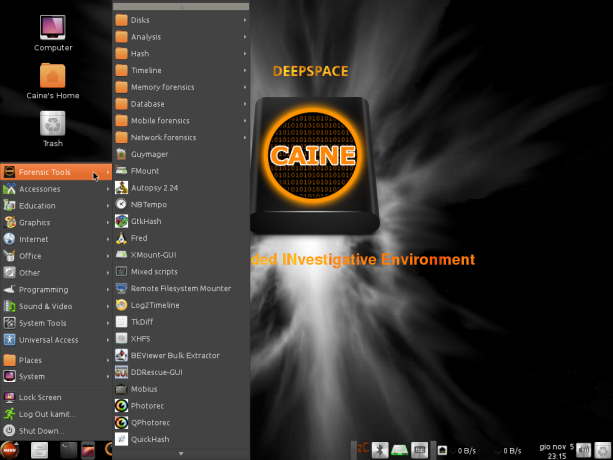 The Forensic Tools > Disks sub-category has the best tools for working on block devices. 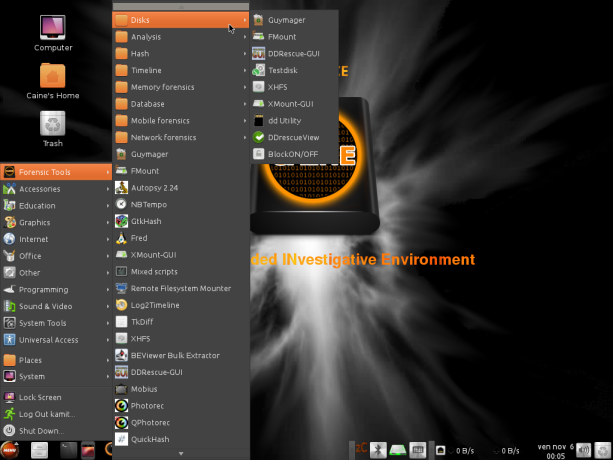 But CAINE 7 isn’t just about forensic tools. It also ships with standard applications for everyday desktop computing, like the complete suite of LibreOffice 5. 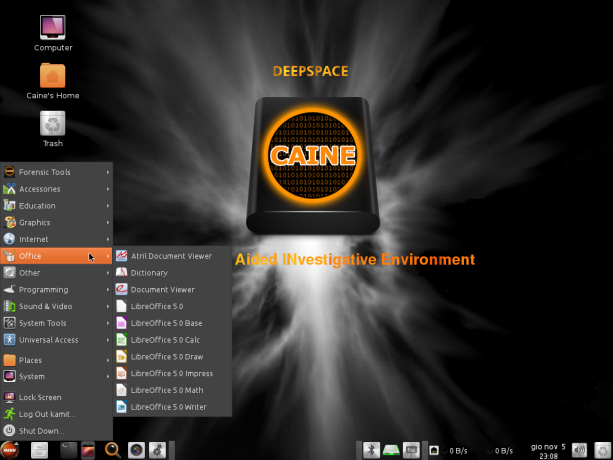 Figure 5: CAINE 7 ships with the complete suite of LibreOffice 5

And popular Internet applications, like the Firefox Web browser. 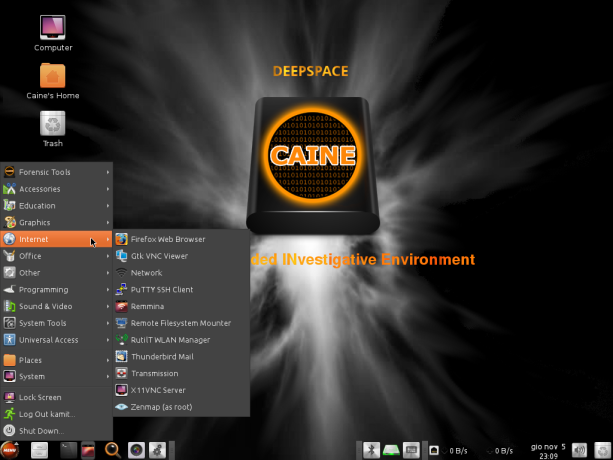 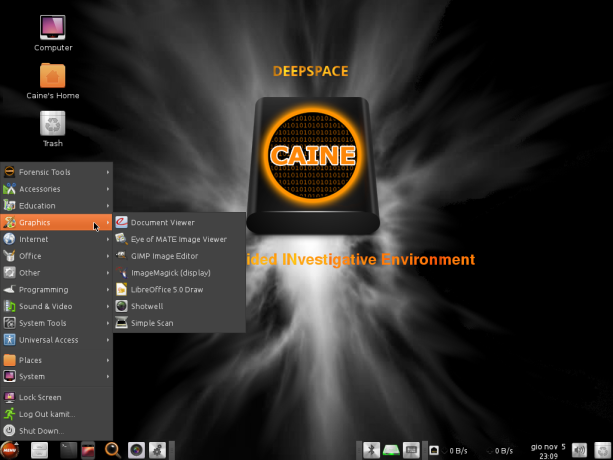 And all the system desktop accessories you’ll ever need. 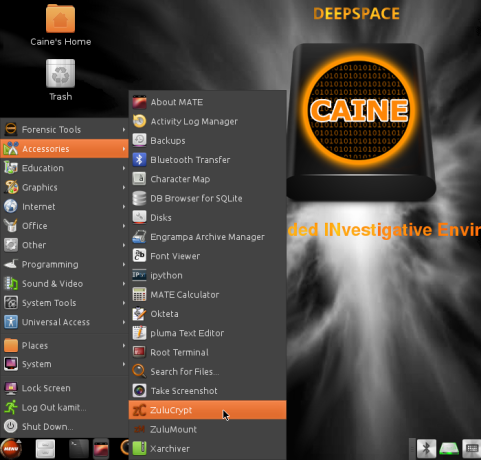 Probably the most important application available on CAINE 7 is called SystemBack. It’s officially described as a “simple system backup and restore application with extra features”. I tend to regard it as a graphical installer with extra features, because Systemback is what you’ll use to install CAINE 7 on a hard drive. Then after installation, you can put it to use for other tasks, like performing a system restore, making a copy of the system, etc. It’s a very nice applications, with room for improvement. More on Systemback in an upcoming review. 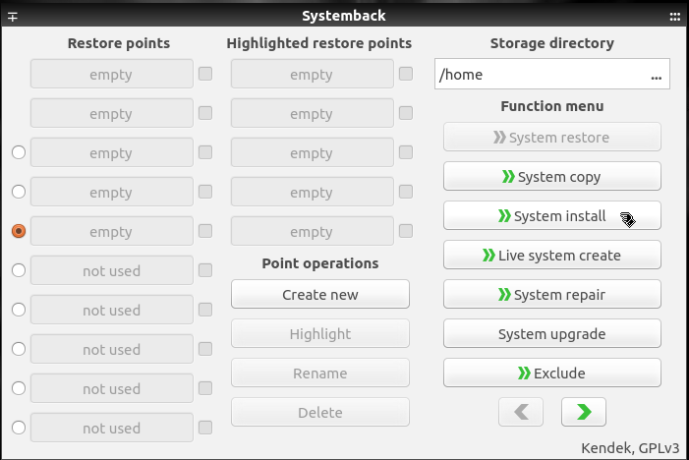 Figure 9: SystemBack is the multi-purpose system installer for CAINE 7

By defalt, all block devices on the target computer are in read-only mode. UnBlock is the graphical application that you use to make them writable. And that’s both on the Live desktop or installed system. 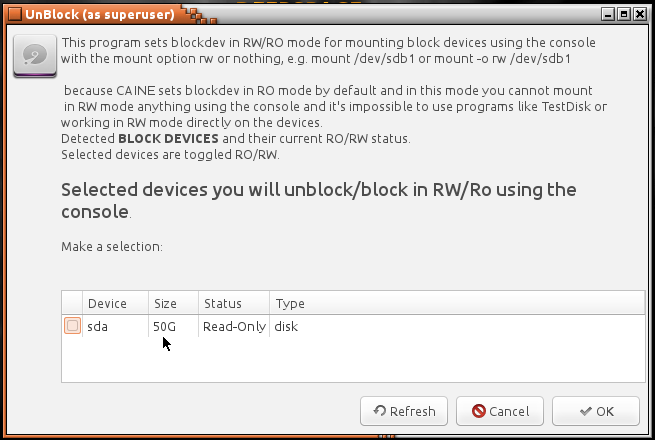 Figure 10: UnBlock lets you put a block device in read-only or read-write mode 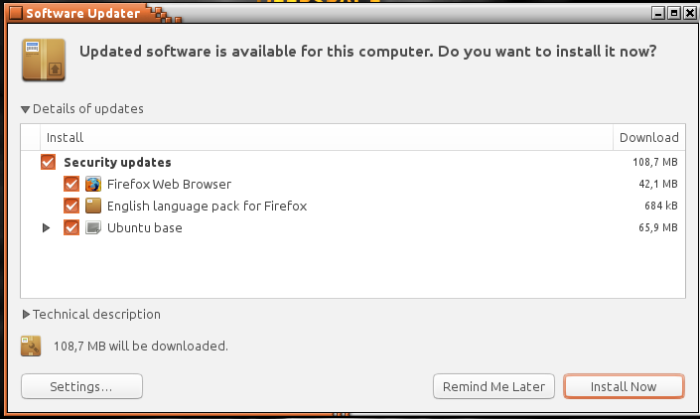 If you’ll like to take CAINE out for a spin, you’ll find installation images here.