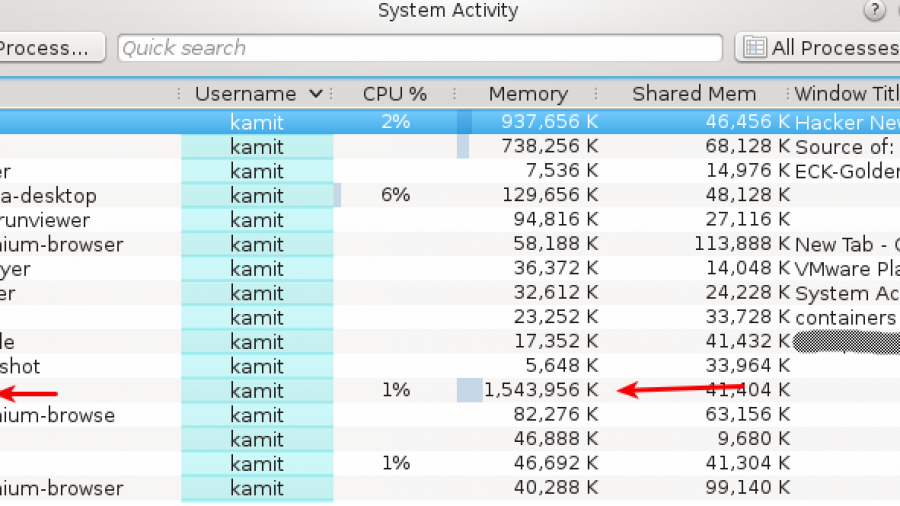 For some time now I’ve been using Atom as a replacement for Kate, KWrite and GEdit, depending on the desktop environment I’m using.

That’s because it’s much easier and faster to take notes when you’re formatting with MarkDown.

If you’ve never heard about Atom, it’s a text editor from the folks at GitHub and officially described as a “hackable text editor for the 21st Century”. It’s really nice. Give it a try.

As much as I love using it, Atom is a memory hog. Used long enough, it will be using up more RAM than Firefox. Check this screenshot, for example.

Yep, that’s Atom, with four open tabs chewing up more than 1.5 GB of RAM on a Fedora 20 KDE desktop. That’s more RAM usage than Firefox with 28 open tabs spread across two windows. And all I’m using Atom for is simple text editing. That’s clearly a bug that needs to be fixed. Time to file a bug-reporting.