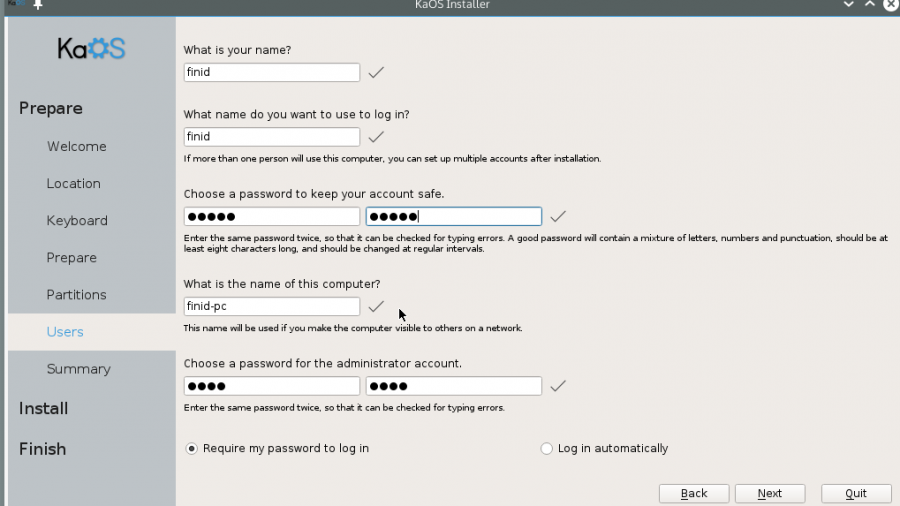 News from OpenMandriva has it that the next release of the distribution will feature the Calamares graphical installer.

Calamares is a “distribution independent installer framework” that features a modular design with 25 modules already implemented. It has plugin interfaces for C++, Python and a generic process, and an advanced partitioning tool with support for DOS and GPT partition tables.

It is a collaborative project between the Calamares team and Blue Systems, with contributions from the KDE Visual Design Group and the developers of BBQLinux, Fedora, KaOS, Manjaro, Maui, Netrunner, and OpenMandriva distributions.

For a long time I’ve been calling for the replacement of the old Mandrake/Mandriva installer, which is still in use on all distributions derived from it – Mageia, OpenMandriva and ROSA Linux. However, to replace a graphical installer that works, albeit with some aesthetic issues, with one that’s still a work in progress doesn’t strike me like a good idea.

Yep, Calamares is still a work in progress. At this time it’s not being used by any major distribution and I don’t see that changing anytime soon. The only distribution that’s using it now is KaOS, a KDE-centric distribution that uses a rolling-release development model. I believe Calamares was first used in the December 2014 edition of that distribution.

I’m test-driving a release candidate of KaOS – KaOS-kf5-2015.01.15, and if the installer is Calamares, then I’m not very impressed. In terms of features, it’s not even at the same stage as the Ubuntu Desktop installer. The application is not yet ready for primetime. I sure won’t recommend it as a replacement for the installer of the distribution you’re using now. Given time I’m sure it will, but not now.

The following screnshots show a few sections of Calamares.

This screenshot shows the partition methods of the installer. 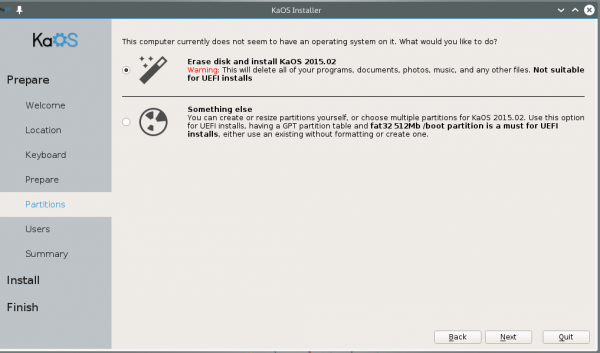 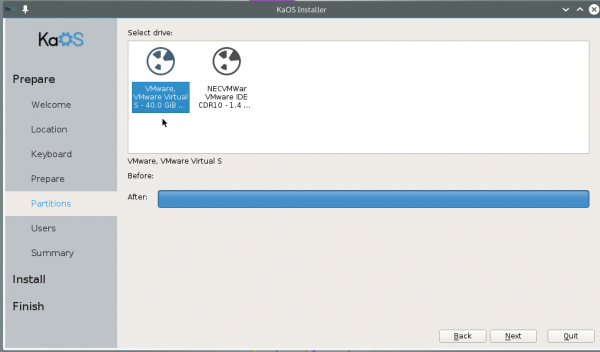 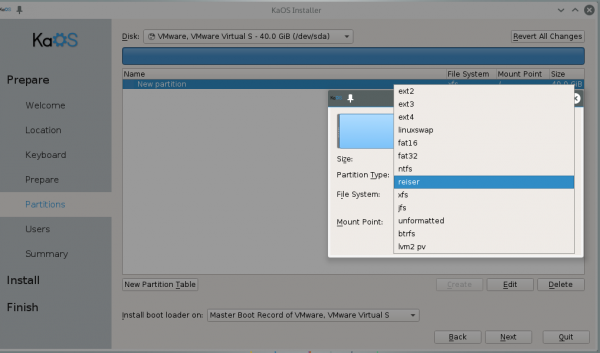 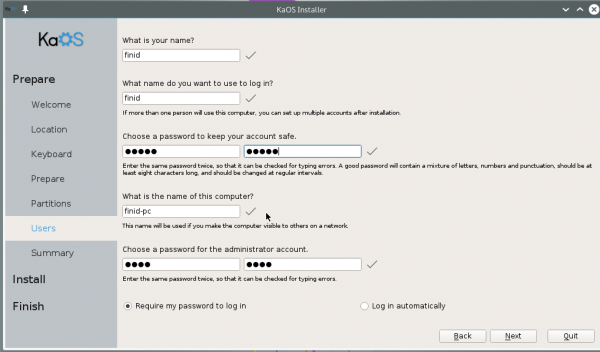 I like the idea of the community coming together to create a distribution-independent graphical installer, but there’s no need to jump the gun. Give Calamares time to attain feature-parity with the likes of Anaconda and Ubiquity before jettisoning your current installer. Unless your distribution is Linux Mint Debian.