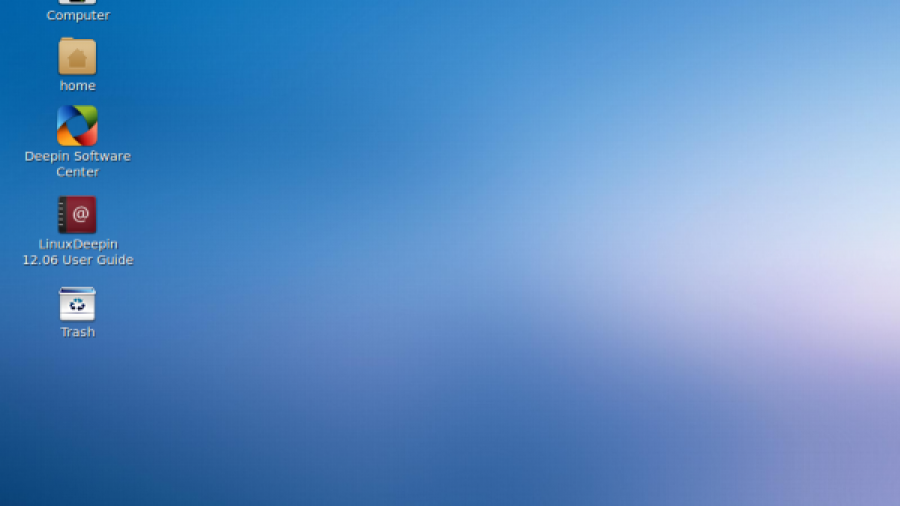 Linux Deepin is one of the very few distributions that use the GNOME 3 desktop that I will gladly recommend to anybody, even first time users of Linux. It is probably the best Ubuntu-based distribution, and in many respects, it is even better than its parent distribution.

While a detailed review and other how-to articles on this latest release are still in the works, here are a few screen shots from a test installation for your viewing pleasure. 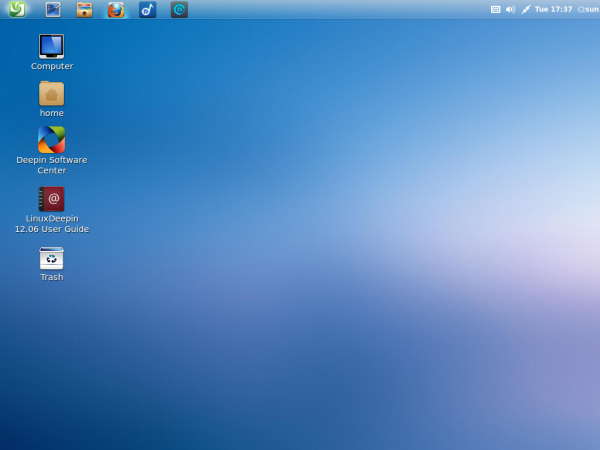 Yep, the panel can be moved, in two mouse-clicks, to the bottom. 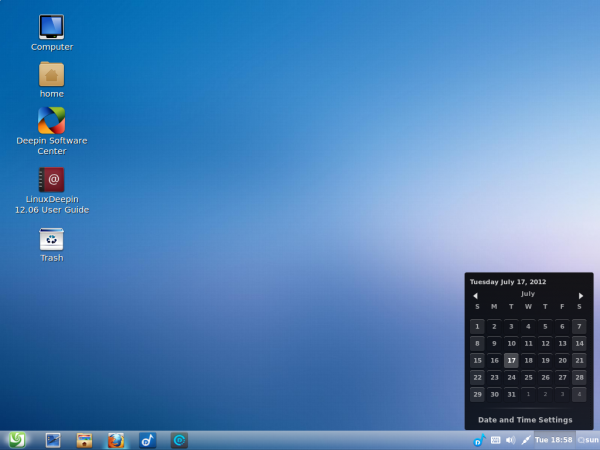 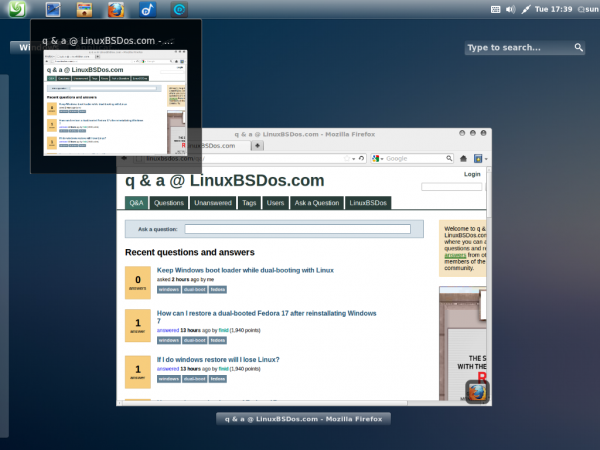 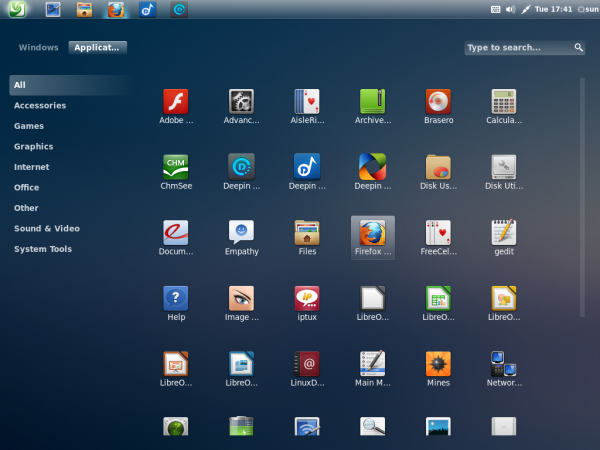 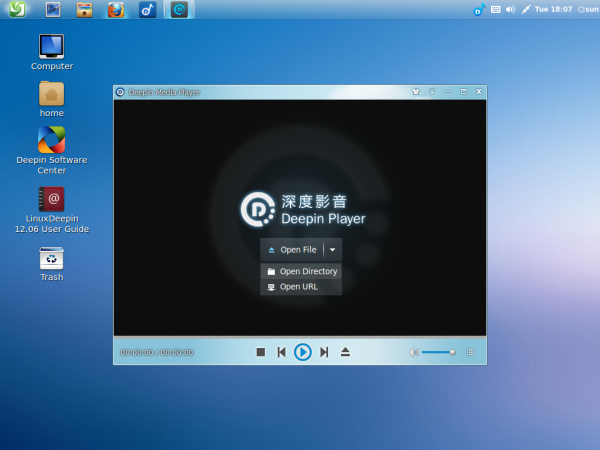 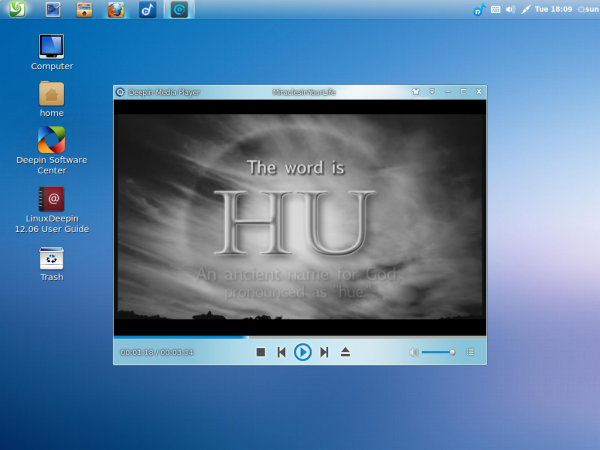 Deepin Software Center. One of the very best graphical package managers. Better than most you have ever used. 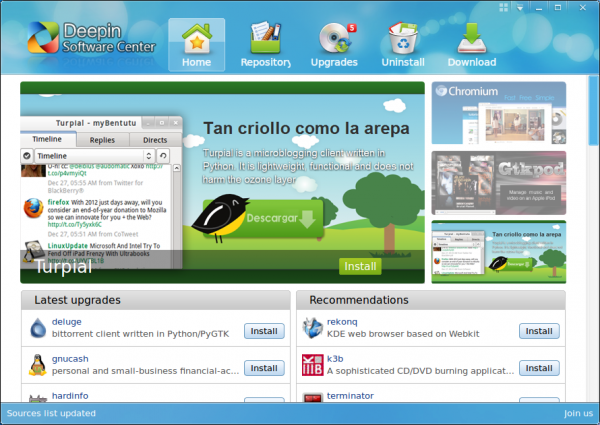 And like virtually all Deepin-developed applications, it comes with a set of skins. 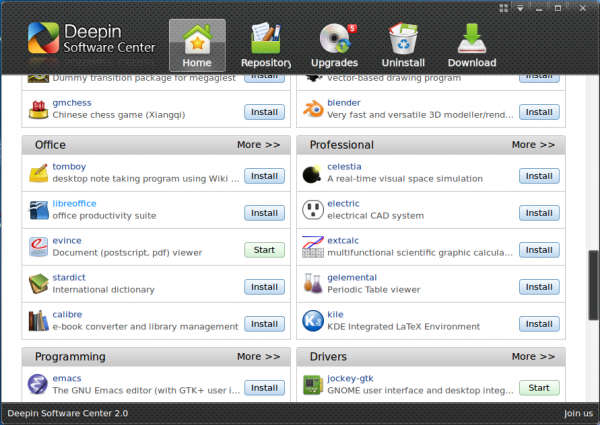 The default desktop in Fallback mode. 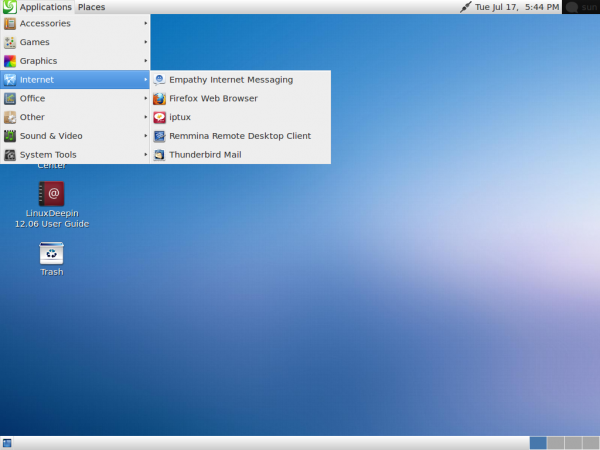 Linux Deepin comes to us from China. You may download an installation image from here.