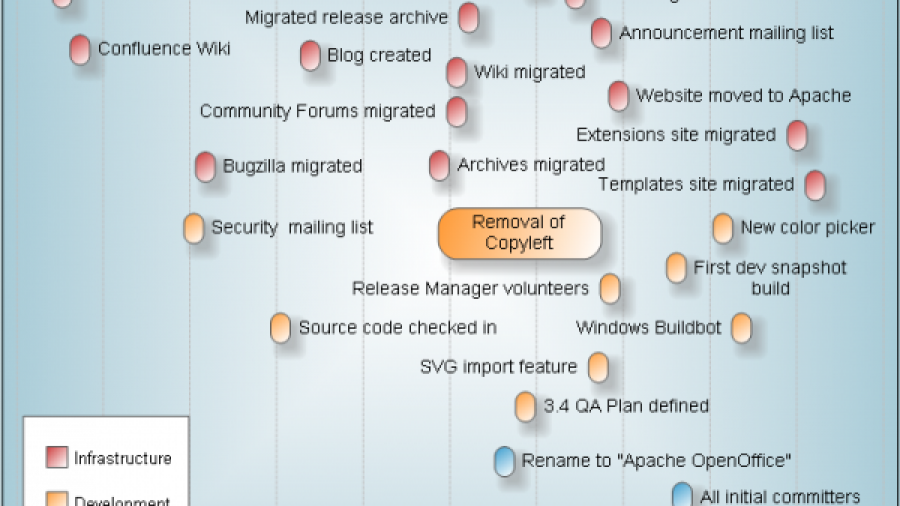 Not too long ago, many, yours truly included, thought that OpenOffice was dead. That opinion was informed by the decision the major Linux distributions made to replace OpenOffice.org, as it was known at that time, with LibreOffice, the new office suite forked from OpenOffice.org by its former contributors.

If this is all news to you, here is a brief recap of what happened. OpenOffice.org was a Sun Microsystems-sponsored project. It was, then, the most popular office suite, as it was pre-installed on almost all Linux and BSD desktop distributions. Then something happened. And that “something” was the acquisition of Sun Microsystems, Inc. by Oracle Corporation.

Since then, the ASF has been working behind the scenes to take over complete control of the project’s development. It has since been renamed to Apache OpenOffice. So what exactly has the ASF been doing? The following graphic, published in a blog post here, provides a clue. 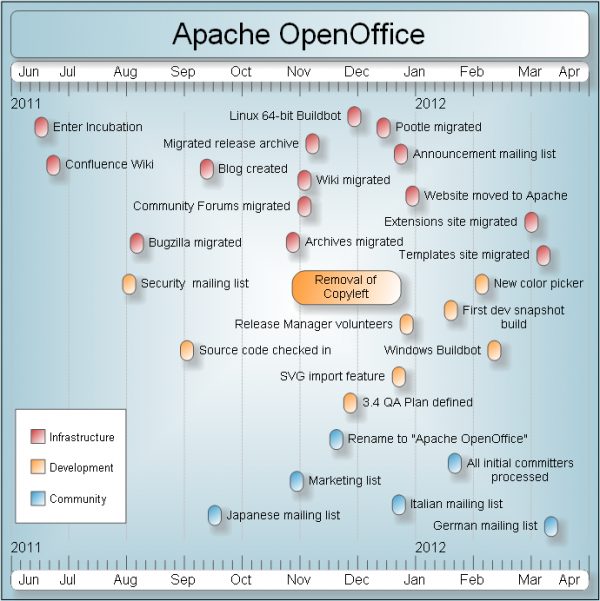 It is doubtful that the major Linux distributions will reverse course and pre-install Apache OpenOffice when it is finally released, but that will not stop individuals from installing it on their systems. Ultimately, usage and adoption will be driven by features. Back in July 2011, IBM donated Lotus Symphony code to Apache OpenOffice, so that should add some UI improvements.