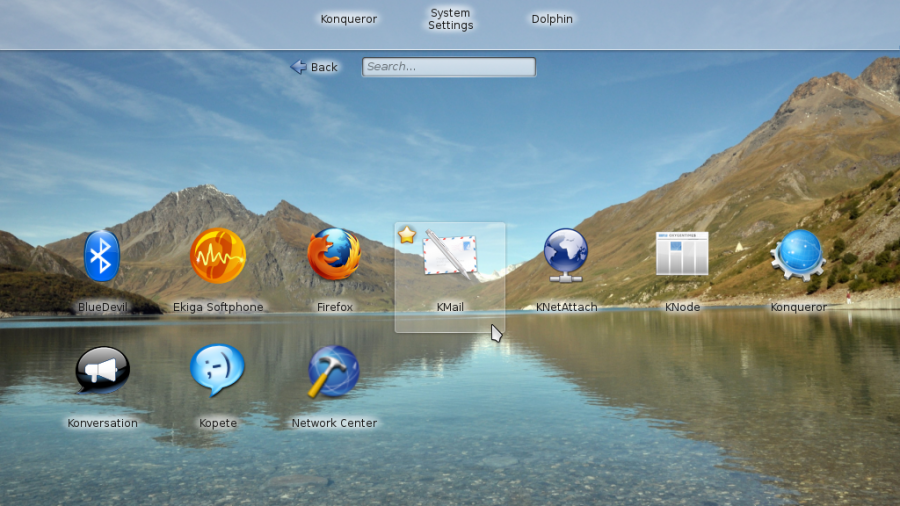 The first beta release of Mageia 2 was made available for download yesterday (February 21). The final stable release is not due until May 3, but from test installations of this first beta, in both real hardware and virtual environment, I can tell you that Mageia 2 may very well turn out to be the best desktop distribution of 2012.

For a beta edition, almost everything I tested worked smoothly, though there are a few packages that are not in the repository. These are Stackfolder and Takeoff Launcher, two applications that make a KDE desktop a lot more fun to use. Aside from those missing packages, there is a minor issue during the boot loader configuration step of the installation process. Bug report on that is on its way.

Note: Only installation CD and DVD images were released. There are no Live CD images yet. So the only way to see what the desktop looks like is to download it from here and install it yourself, or read the rest of this article to view the screen shots taken from my test installations of the KDE desktops.

I intended to post screen shots of the GNOME 3 desktop too, but the default configuration is so counter intuitive to how any sane person interacts with a desktop computer, and so painful to use that I decided to pass on it. I inquired about Cinnamon, but no package is available for it at this time. That could change by May 3, when Mageia 2 will hit the streets.

From a single installation image, you can install a GNOME 3 or KDE system, or a mix of both. There is an ongoing discussion about adding a fourth option for Cinnamon. 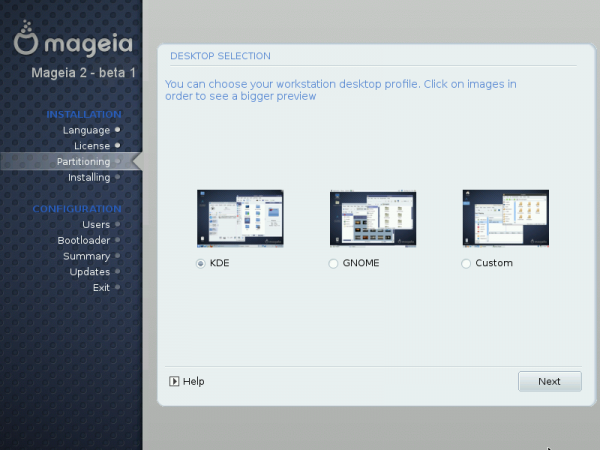 A screen shot of the default desktop, powered by KDE 4.8. 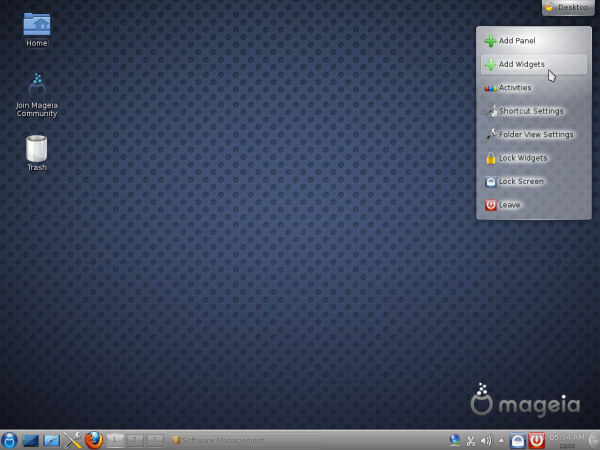 The KDE Classical menu never looked any better than it does on Mageia 2 beta 1. The Kickoff is the only other menu style available. Lancelot and Takeoff Launcher are not available. 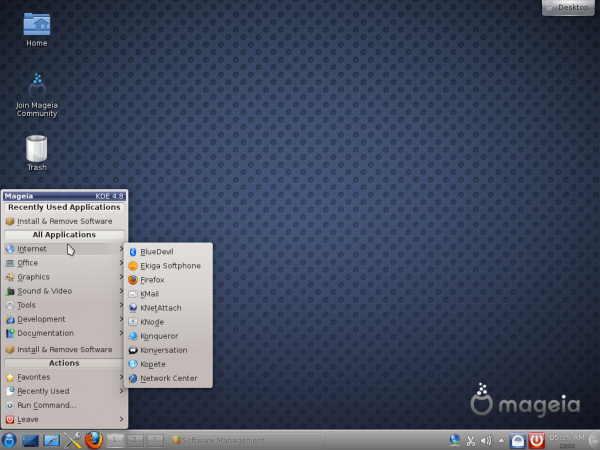 The desktop with the menu showing installed office applications. 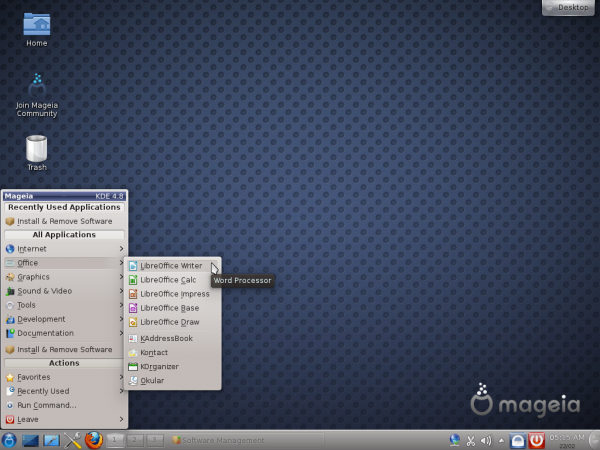 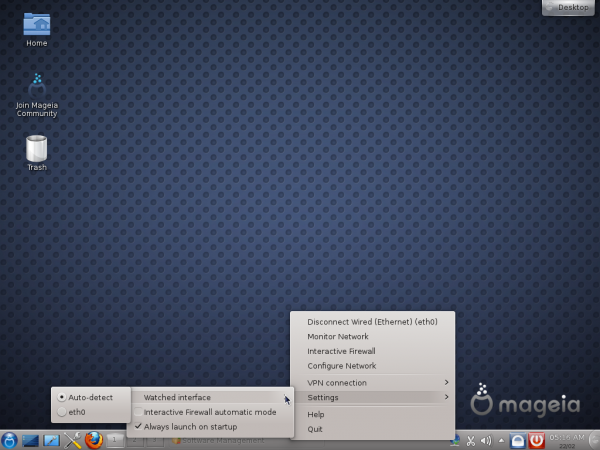 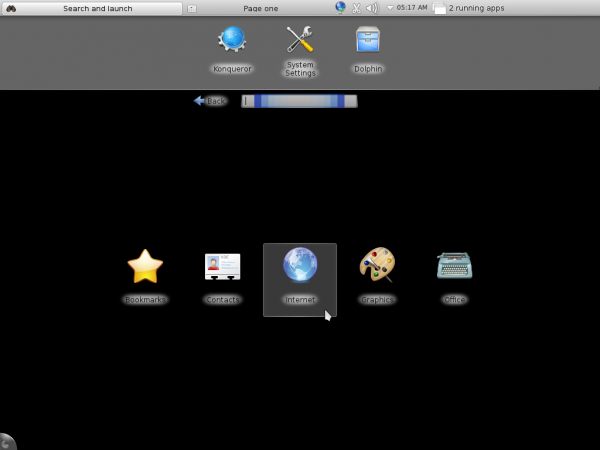 This is the same view from above, but with a different wallpaper. See what a difference a good wallpaper makes. 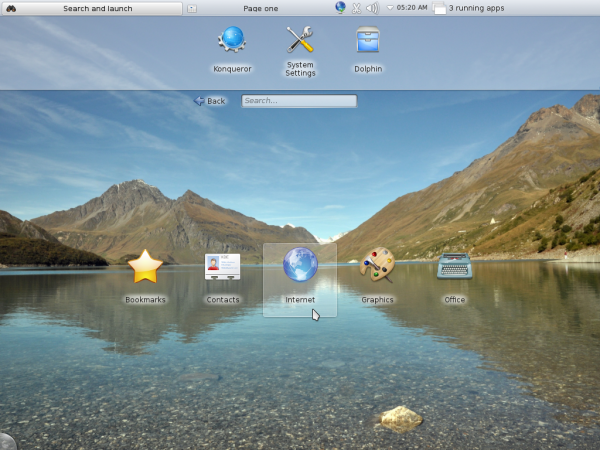 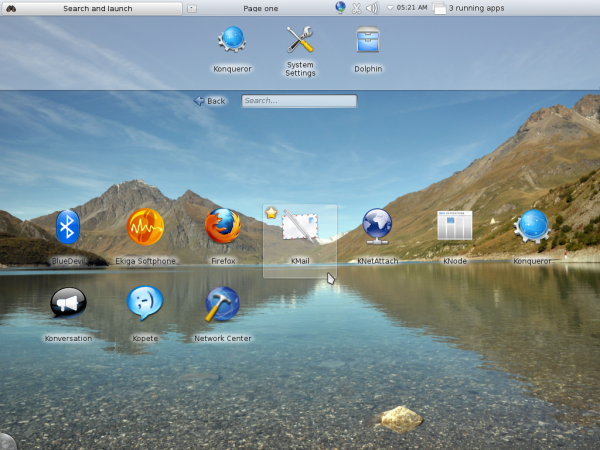