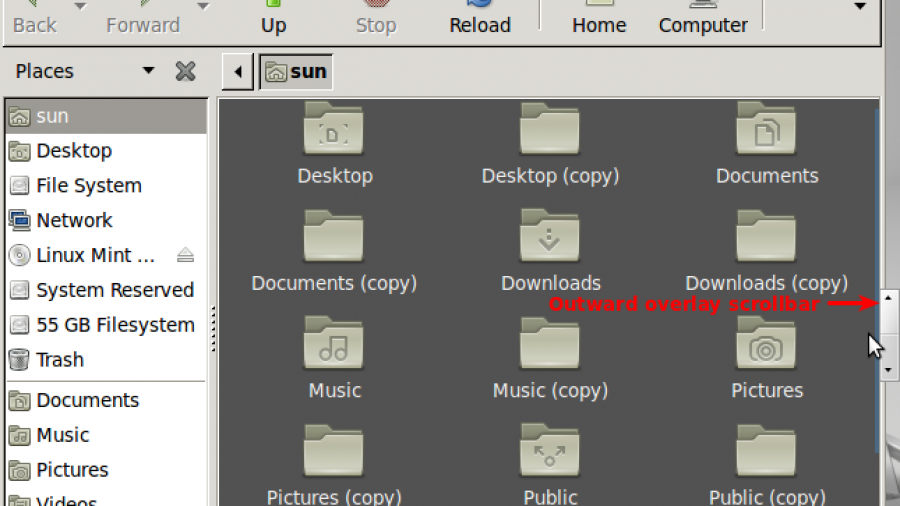 A new feature of Ubuntu desktop that made it into Linux Mint 11 is the overlay scrollbar, officially known as the Ayatana Scrollbar. It is a rethink of the classic scrollbar, and this implementation is supposed to “improve the user’s ability to focus on content and applications” and to “ensure that scrollbars take up no active screen real-estate” thereby “reducing the waste of space and distracting clutter that a traditional scrollbar entails.”

Sounds good, but this is a classic case of a solution without a problem. For one, I have never thought of the scrollbar as a distraction. Have you? It is a feature of an application’s window that I use when I need it. If I do not have need of it, I never think about it. And when I do need it, I just use it, without thinking about how.

How the project’s developers came to the conclusion that the scrollbar wastes space and distracts users is what I would like to know. The Ayatana scrollbar is just desktop effects, eye candy if you will. Even without the overlay, you can the the mouse wheel to scroll up and down an application’s window. The green bar, which is about a third the width of a scrollbar, shows when a window is scrollable. While I disagree in the usefulness of it, the implementation is quite good. If a window is maximized and you move the mouse cursor near where the classic scrollbar should be, the overlay scrollbar appears on the inward edge, and if a window is not in full screen mode, the scrollbar appears on the outward edge (see a screenshot of that effect here). In some application windows, the overlay scrollbar just appears on the empty space, exactly where the classic scrollbar should have been. 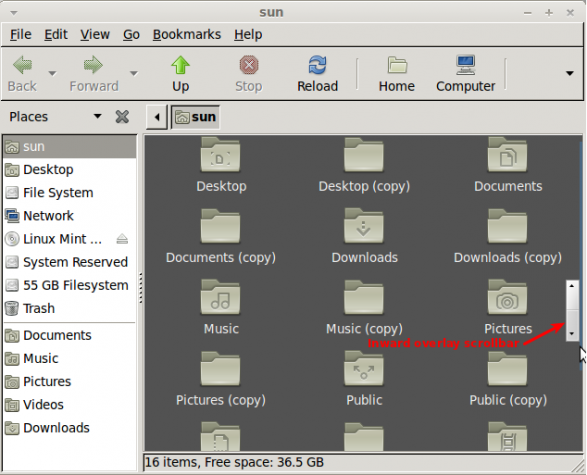 In the course of completing this review, the Clockapplet crashed. It proved to be a minor problem because logging out and back in restored it. While minor, it is still recorded as a bug in the system.

Printer configuration on Linux Mint has always been a connect-and-print process, no manual intervention needed. And for obvious reasons, it is especially so for HP printers. My test printer has for a long time being an HP Deskjet F4289 All-in-One. Recently, I acquired a Canon i960. When connected to the test machine, the system attempted to auto-configure it, but found no drivers for this particular model. It then started the manual printer configuration tool. It turns out that the Canon i865 and the i960 use the same driver, so I was able to configure the printer successfully. 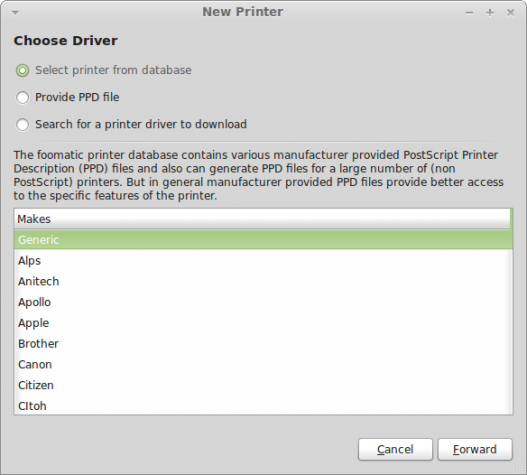 Installed and Available Applications: A list of installed applications on a new installation of Linux Mint 11 includes:

All applications and media codecs required to make the system work out of the box are installed. Adobe Flash plugin, Java Runtime, libdvdcss2 and related audio and video libraries are installed. Keep in mind that the DVD version, which comes with all these proprietary applications was used for this review. Linux Mint also publishes a CD and an OEM edition that will not work out of the box, because these applications are not bundled. Firefox 4 is the only Web browser installed, but there are many more available for installation. Chromium (version 11.0) is available. Opera is also available, but I found after installing it that it crashed at every turn. The version in the repository is 11.10, but the latest stable version available for download from Opera is Opera 11.11. Perhaps the crash bug has been fixed in the latest version. 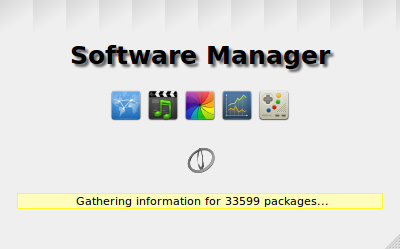 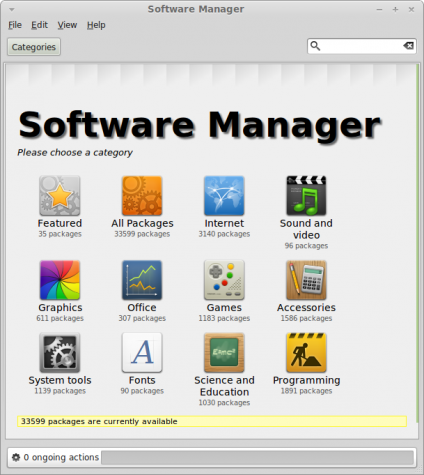 Out of the box, the system is configured to check for updates 30 seconds after bootup.

And every fifteen minutes thereafter. Most distributions go for once per day, and I think that is just about right. Mandriva has the most frequent updates interval checking – every five minutes.