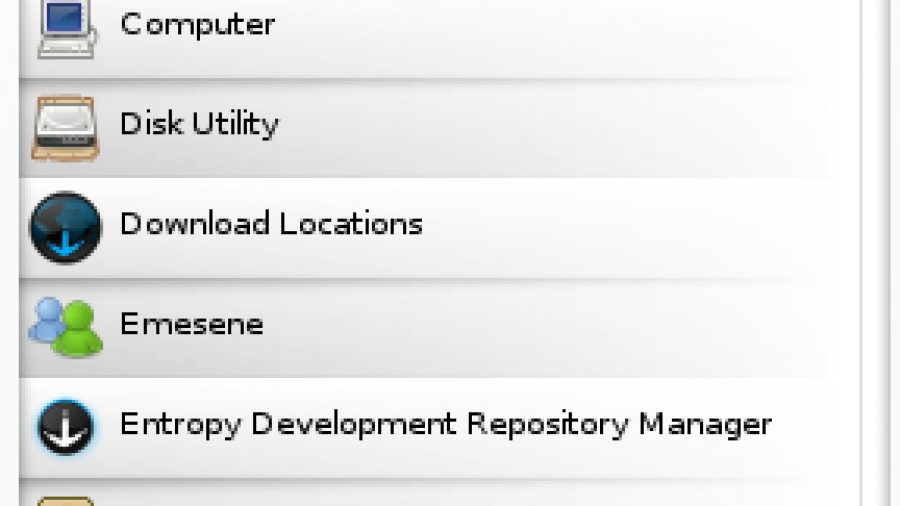 Sabayon 5.4 E17 is one of several “Experimental Spins” of Sabayon Linux released just this week. It is based on E17, version 0.17 of Enlightenment, a multi-platform stacking window manager and desktop environment. This is the first time in more than two years that I have reviewed a distribution using the Enlightenment desktop environment. It was still under heavy development then, and I thought it was about time I took another look at it.

Installation: The installation program and process are the same with all the other Sabayon releases. LVM, the Linux Logical Volume Manager, is supported, and it is the default disk partitioning scheme. RAID and full and partition-level disk encryption is also supported. The boot loader is GRUB Legacy. Ext4 is the default file system type. Ext3, xfs, jfs, reiserfs, and btrfs are the other supported journaling file systems. See how to install Sabayon 5.x on a btrfs file system.

Installed Applications: Sabayon 5.4 E17 is an “Experimental Spin,” and to judge it by the number of installed applications, it is a bare-bone release. There are not a whole lot of applications installed out of the box. The following list of applications is all you will find, that is, aside from a few desktop utilities:

This is a screenshot of all major applications installed on Sabayon 5.4 E17. 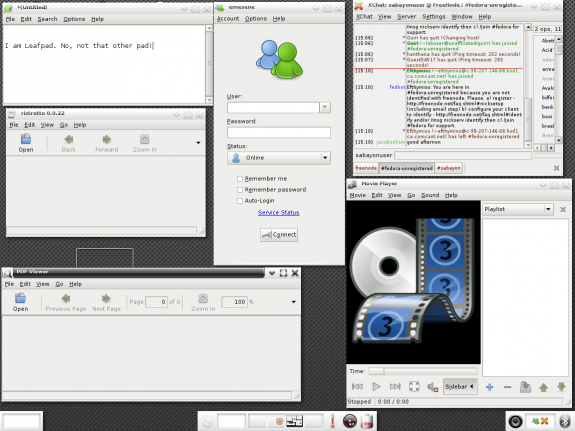 Since this is Sabayon, managing applications is best done via Sulfur, the graphical package manager.
Software Management: 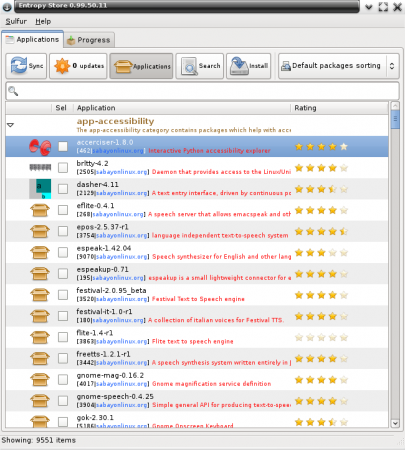 Desktop:
This is a screenshot of the default desktop. The dock, or iBar (also Shelf 1), is smack in the middle. Shelf 5 is on the left and Shelf 6 is on the right. E17’s application menu on the iBar.

Click-and-hold on a shelf to see its configuration options. 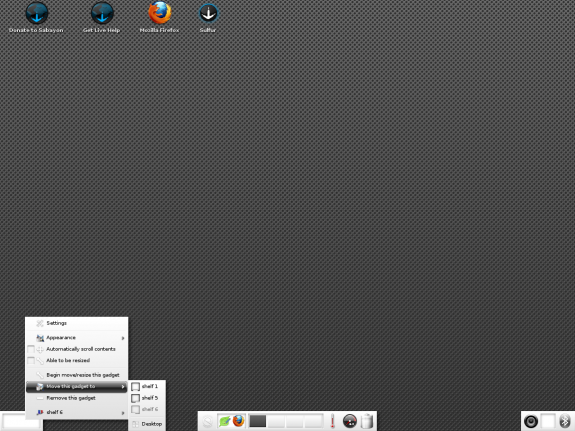