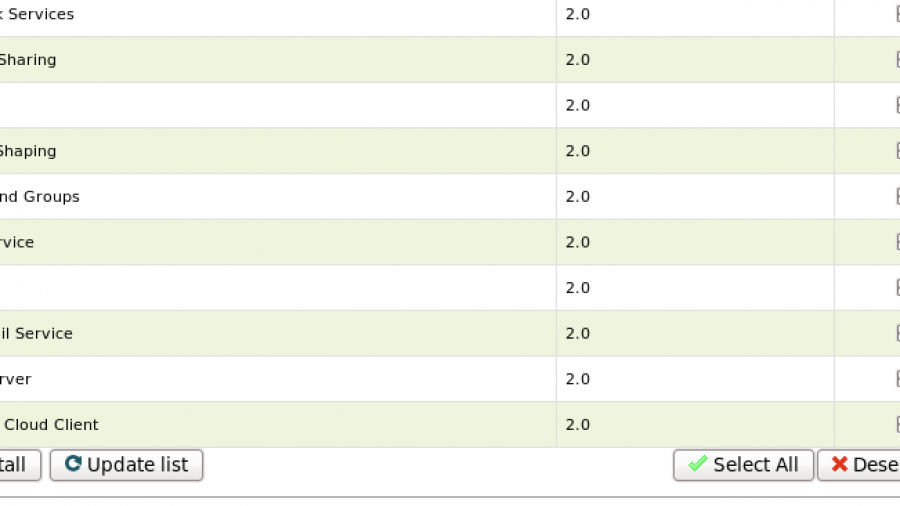 Zentyal, formerly known as eBox Platform, is a multi-purpose Linux distribution based on Ubuntu server. It can function as a network gateway, unified threat manager, office server, infrastructure manager, and a unified communications server. It is developed and maintained by Zentyal, a software solutions provider based in Spain. Though it is free to download, some of its features and functionalities are for paying customers only.

Installation: Installing Zentyal is via a two-stage process. The first stage, which involves installing the base system, uses the same installation program as Ubuntu server. The second stage, during which the modules are installed, is via a browser-based interface.

Linux Logical Volume Manager (LVM) is the default disk partitioning scheme, and it is possible to configure encrypted LVM. There is support for RAID, and iSCSI. By default, the installer creates, in addition to a non-LVM boot partition, two logical volume. One for the root file system directory, and the other for /home. All available space is used up in setting up the logical volumes.

After the base system has been installed, the modules or packages are installed via the browser-based management interface. A short screencast of the package installation process is shown in the video below. You can view some screenshots in the next page.

Administration: Administration of Zentyal is from a secure (https) browser-based – local or remote – interface. See a screenshot of this interface on the next page. The local management interface runs on top of LXDE.

See a complete list of Zentyal reviews and tutorials here.