So I just bought my first Apple product in 19 years 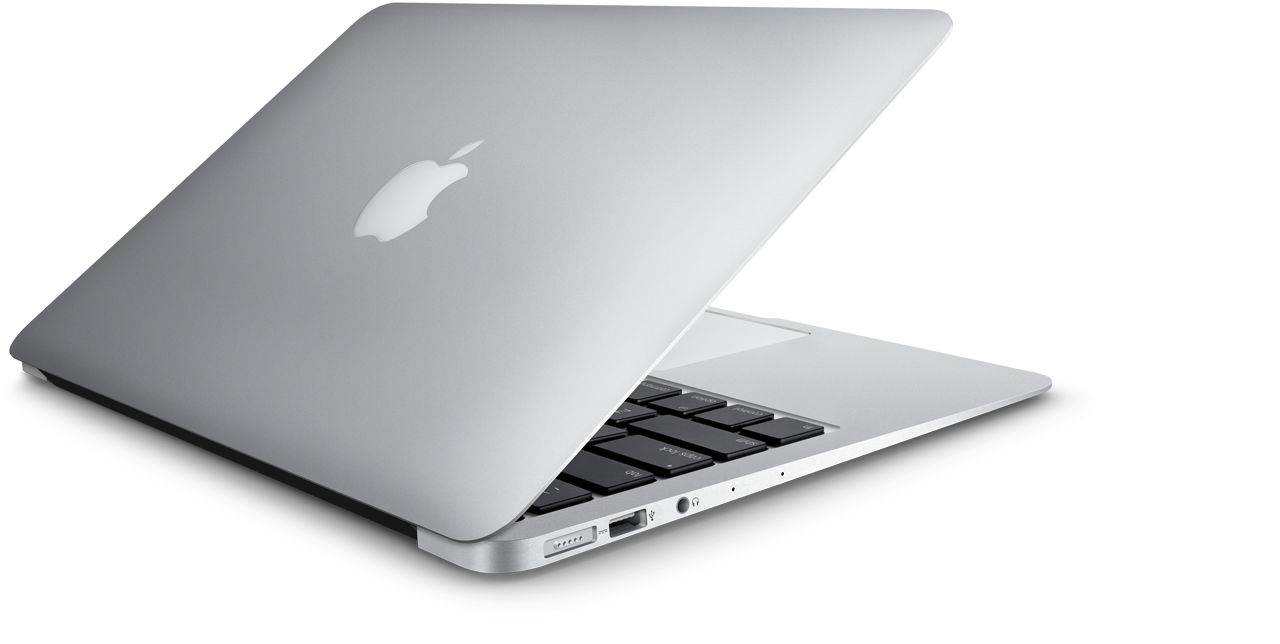 Back in grad school my department was mostly a Mac shop, so it kinda made sense that my first personal computer after graduating was a Mac. But it was not a Mac computer made by Apple. Rather, it was made by a company that had license to produce macOS-compatible computers. The company was Power Computing, one of only three companies that had such a license back in the late-1990s. The unit I bought then was one of the company’s PowerBase models.

At about that time I discovered Linux from an article in a Mac magazine and started using it on that Mac-clone and another PC I had purchased. During the mess that was created when Apple was switching from System 8 to 9, I made the decision to use Linux exclusively and haven’t looked back since. Today I own several computers, including two laptops, all running Linux.

So why did I buy a Mac after almost two decades? Because I needed to collaborate on a project with a non-technical Windows user, and the software we needed to use works best on a Mac or Windows. Given the choice between a Mac or a Windows computer, I chose for a Mac. Can’t stand Windows

This article is a record of my experience getting used to the MacBook Air and macOS, the operating system that powers the. Somebody else will be using it on a regular basis, but I have to set it up. 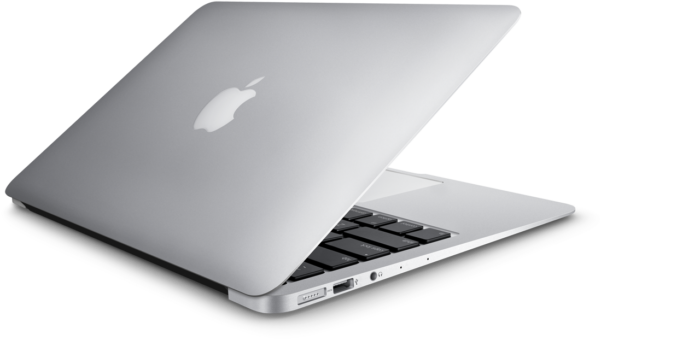 The MacBook Air is really nice and really thin – just 0.68 inch (1.7 cm) thick. The display is just 13.3 inches, measured diagonally, too small for my viewing comfort, and the edges are much too sharp. I could easily slice something with the edges. The MacBook Air does not come with a full-sized keyboard, so the BACKSPACE key is missing. Instead, what would be the BACKSPACE key is labeled the DELETE key, so pressing that button performs the same action (delete the text to the left of the cursor) that the BACKSPACE key on your PC keyboard does. I’m writing this article on the MacBook Air, so every time I hit the DELETE key, I’m actually doing the opposite of what I intended to do.

I haven’t purchased an accessory yet, but my first accessory for this MacBook Air will be an Apple mouse. That’s because the regular PC mice that I have, all three of them, are not working properly. The scroll wheel works backwards, so that when I use it to scroll down a page, it actually has the opposite effect.

Because I bought it after macOS High Sierra was released, the unit came with that version of the mac operating system, which is the very latest. So the first thing I did after logging into the system was to check for updates, of which their were. While I was able to apply the OS updates and update iTunes, the other updates needed an Apple ID before I could update them. 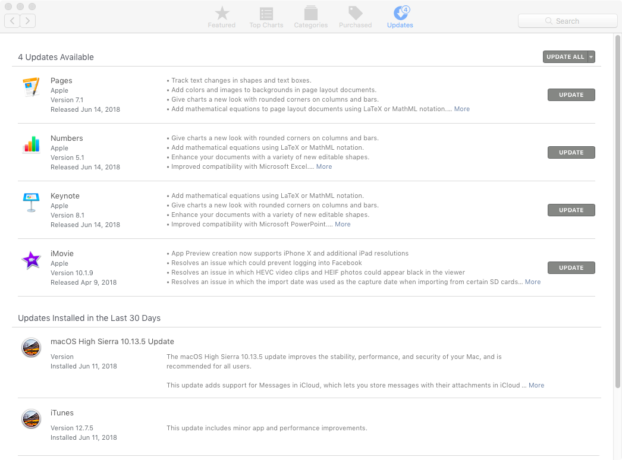 This is what makes me happy as a Linux user – I can do anything I want on my installation of any Linux distribution without needing to create an ID anywhere, except for the login ID to the computer. But here with macOS, I’m required to create an Apple ID to update the applications that came with the system. I can understand if I want to buy an app from the App Store, but to update those that shipped with the system?

Just so I can update all applications that need to be updated, I made an attempt to create an Apple ID. With service providers like Apple I like to interface with them anonymously or pseudonymously, whichever is appropriate. So I can input an email that’s not linked to my real name on the screen shown in Figure 4. 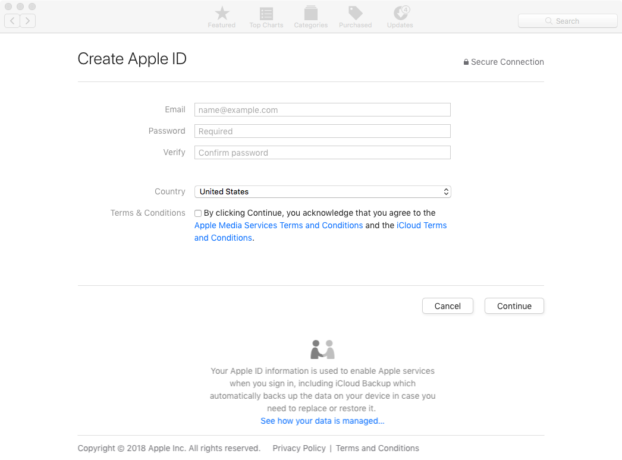 And use any name I feel like using here. Telling these guys my real birth date is a no-no. They don’t need to know.

This step presents a problem. Billing information? What if I won’t ever need to make a purchase from the App Store? 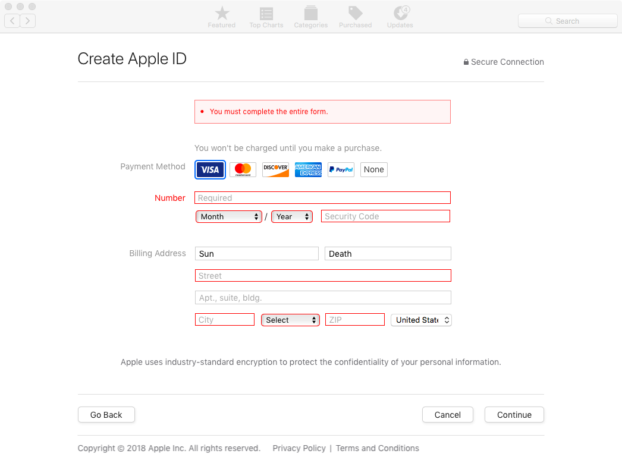 Good thing Apple provides an option to not input billing information, which is the one I chose. 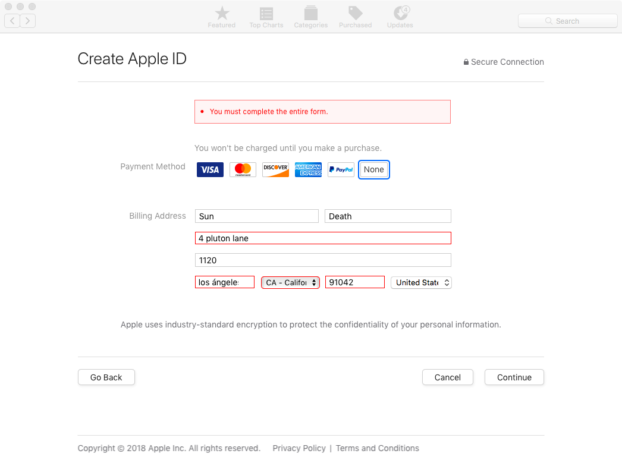 But then I have to verify my phone number, which usually presents a problem for me, since I never like to do that. Not having a mobile phone makes it even harder for me to sign up for services that use phone verification. If you’re wondering, I can’t use a cell phone, so I don’t own one. Setting up an Apple ID is something I’ll leave for later until I figure out what to do. To reiterate, this is why I love Linux.

As a Linux user, the good thing about macOS is that it also uses the Bash, so I can drop to the command line and get stuff done. But it seems that some popular Linux commands like free don’t exist on macOS. Or do I need to install a package first? How do you even install applications from the command line on macOS? Does it come with a command line package manager like apt-get or dnf? Questions, questions that I need to find answers to before I hand over the computer to the person who will be using it on a regular basis. But I should be able to post one or two more articles about my experience with the hardware and software before that happens. Stay tuned! 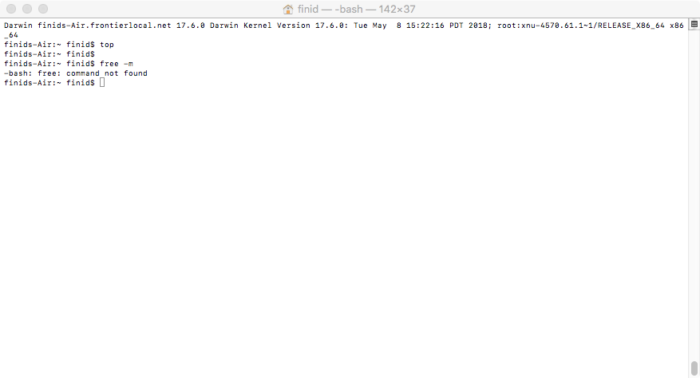 And as a tip for general usage of built-in stuff, note that much of macOS is derived from FreeBSD.

Thanks for the tips.

» I haven’t purchased an accessory yet, but my first accessory for this MacBook Air will be an Apple mouse. That’s because the regular PC mice that I have, all three of them, are not working properly. The scroll wheel works backwards, so that when I use it to scroll down a page, it actually has the opposite effect. «