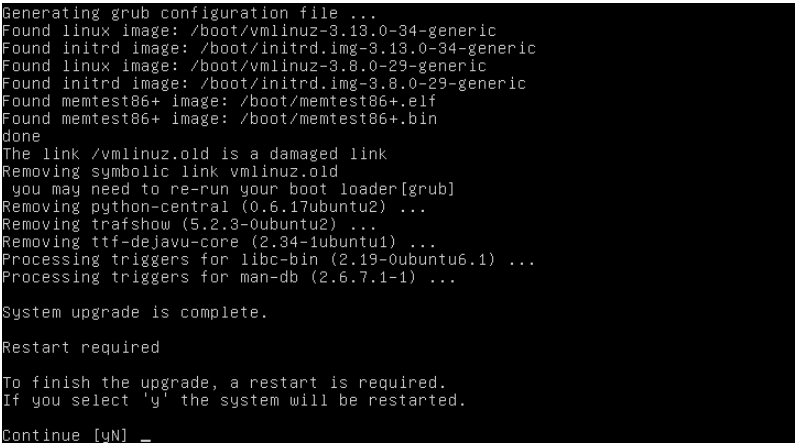 ‘Tis the season for upgrading.

Here’s how I did it.

By the way, the server is a DigitalOcean basic droplet, which cost $5.00 USD per month. For that, you get a Cloud server with 512 MB or RAM and 20 GB storage. For now, that’s more than enough to power an email server for all my domains and a small website. You may sign up for a DigitalOcean account.

Back to the upgrade. The official recommendation for upgrading Ubuntu distributions, especially production servers, is to wait until a point version has been released. In this case, that means waiting until Ubuntu 14.04.1 was released. It was released on July 22 (2014).

So after making sure that the current system was fully dated, which meant running <strong>sudo apt-get update && apt-get upgrade</strong>, I made a snapshot of the droplet (in case the upgrade failed). Once that was done, I ran <strong>sudo do-release-upgrade</strong>. That script is part of update-manager-core, which should be installed by default.

Note: I’ve come across tutorials where the author advocated running <strong>sudo do-release-upgrade -d</strong>. Don’t try that on a production server. The -d switch is used to upgrade to a development version of Ubuntu. I don’t think you want to do that on your production server. If you have any doubts about upgrading, you can run the command with the -s switch, like so: <strong>sudo do-release-upgrade -s</strong>. That performs a dry-run upgrade. See the Release Notes of Ubuntu 14.04.1 for more on this subject.

Here are screenshots from the upgrade operation. 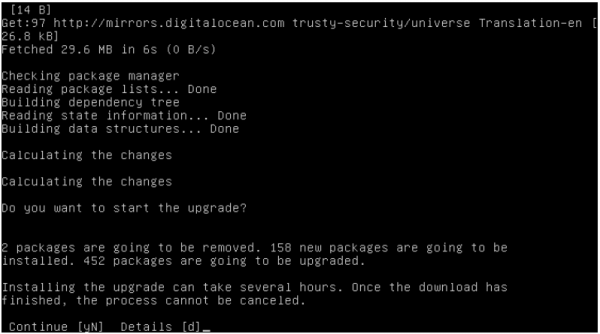 Since I didn’t want to babysit the upgrade, I selected yes when this window came up. 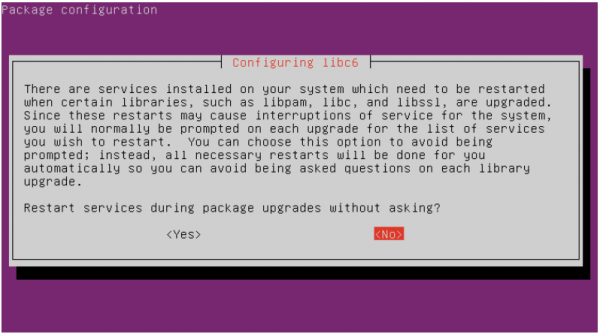 There were several of this type of window that came up. Stuck with the default on every single one. 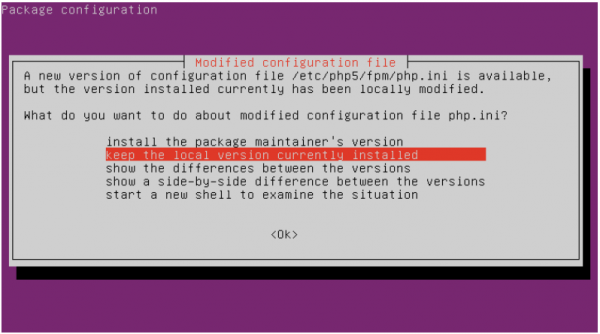 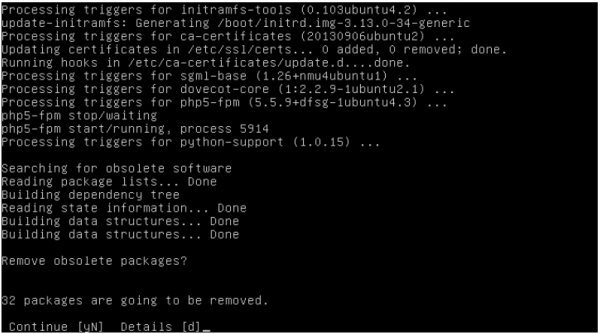 And y again to restart the system. 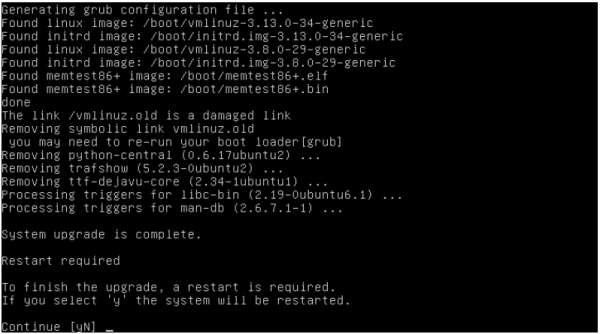