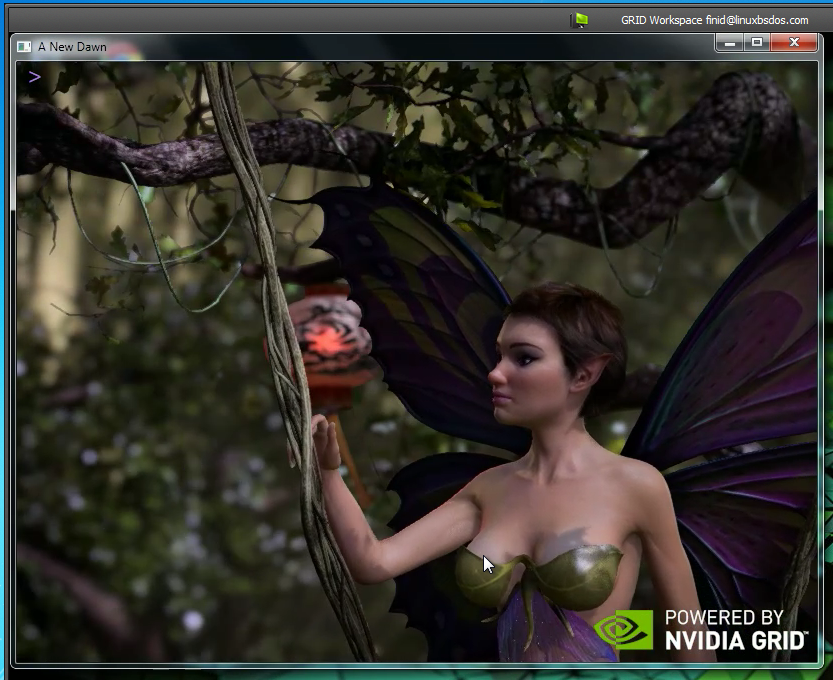 NVIDIA GRID Workspace is a virtualized desktop environment from NVIDIA that offers “cloud-delivered graphics acceleration for enterprise applications.” The NVIDIA GRID Windows client was released yesterday for a limited time only. Linux and Mac OS X are said to be in the works, so while I’m waiting for the Linux client to be released, I decided to test-drive the Windows client on an installation of Windows 7 Pro in a (VirtualBox) virtual environment.

Yes, that’s running a virtual desktop on a virtual desktop. I didn’t know how responsive the system will be, especially when I allocated only 1.3 GB of RAM to Windows 7 and it did not have hardware acceleration enabled.

The NVIDIA GRID Windows Workspace itself looks just like a Windows 7 desktop, with the same Start menu and panel widgets. I wonder what form the NVIDIA GRID Linux Workspace will look like. Will it be designed to look like a KDE desktop or a GNOME 3 desktop? Perhaps even a Cinnamon desktop. I don’t know, so we’ll just have to wait until it’s released.

Here’s a screenshot of the NVIDIA GRID Windows Workspace. 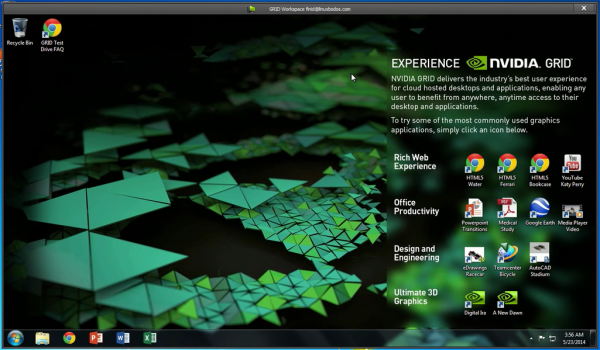 And this is a screenshot of the same workspace showing the Start menu. Chromium is the default Web browser, but Internet Explorer and Firefox are also installed. 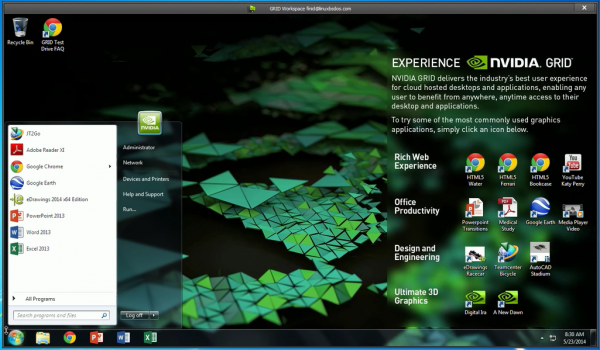 This screenshot is of the Start menu showing most of the installed applications. 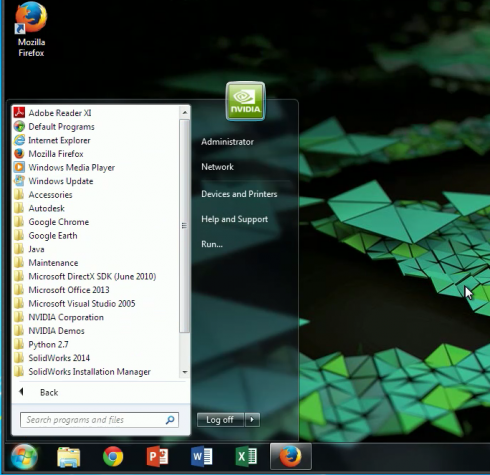 One problem I found with the Windows Workspace is that the screen resolution defaulted to a maximum (1366×768) and it could not be changed. That means having to adjust the screen resolution of Windows 7 and of the host Linux OS so that I could get good screenshots of the NVIDIA GRID Windows Workspace. Aside from that, running enterprise applications pre-installed on the system offered a surprisingly fluid experience. 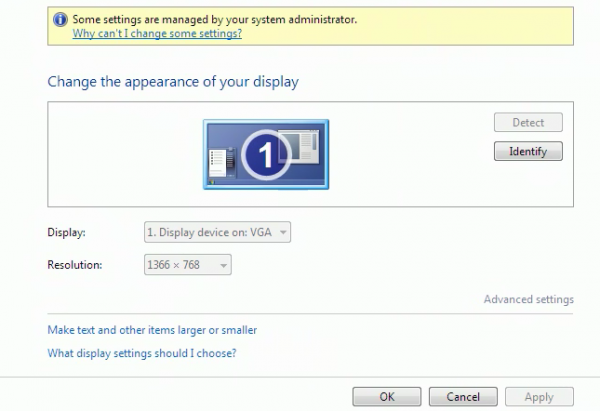 This is a screenshot of the demo of WebGL Water, an experiment in real-time water rendering with WebGL. 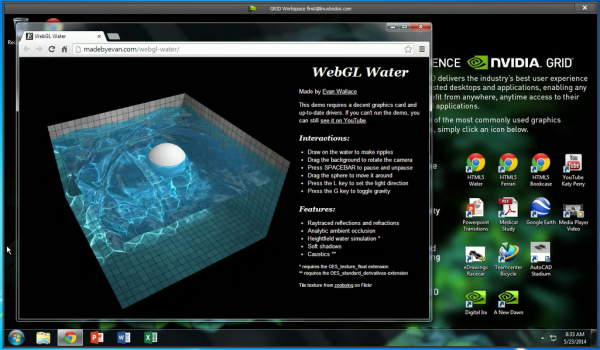 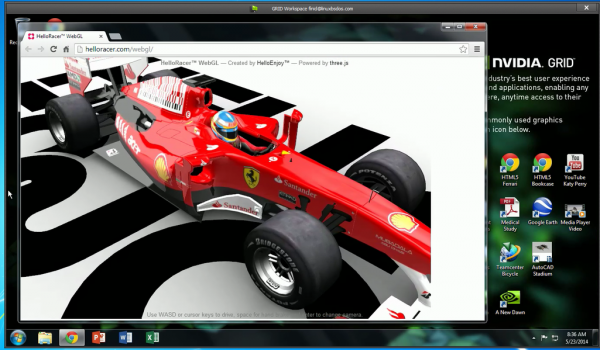 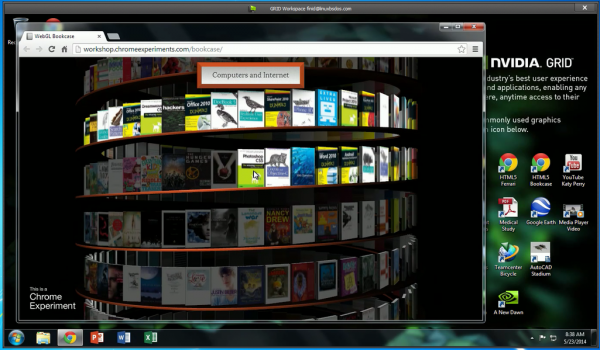 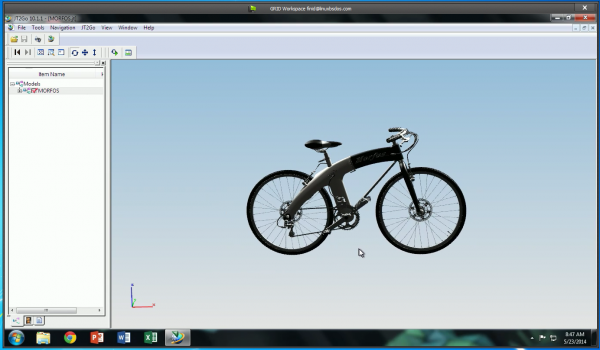 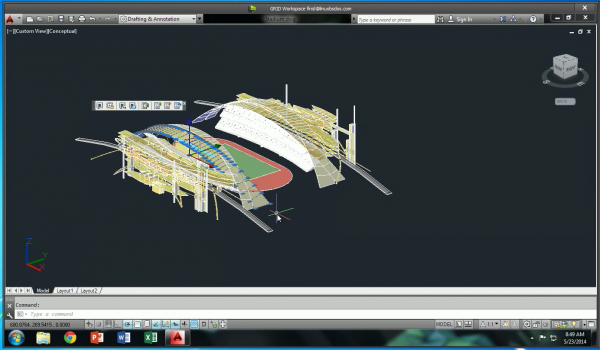 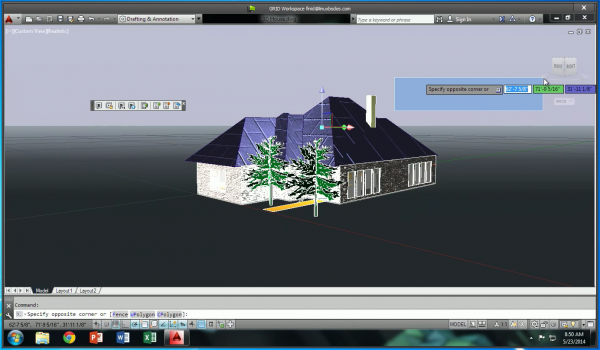 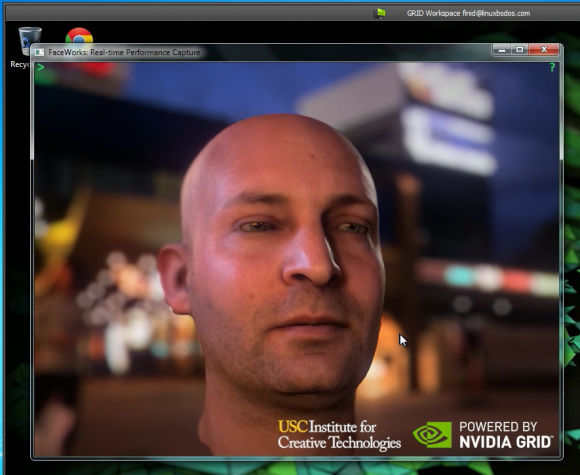 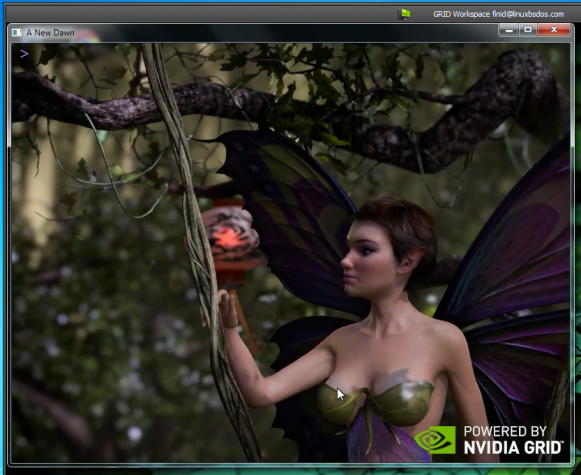 While we are waiting for the Linux and Mac OS X client to be released, you may sign up to download and install the Windows client here.