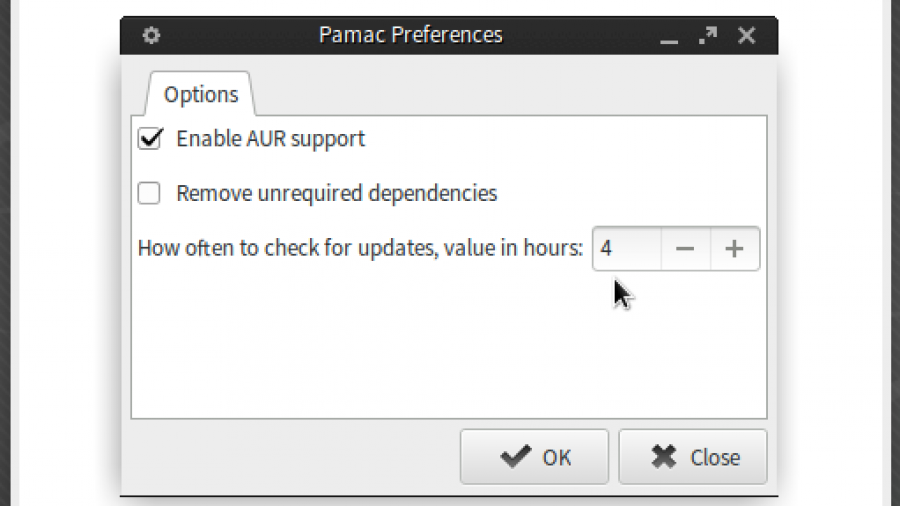 Octopi is the graphical application manager for Manjaro 0.8.9 KDE (the Xfce edition has its own graphical package manager). The main interface of Octopi is shown in the screenshot below. It’s a very fast and responsive application and does its job quite well. There’s an update notifier called Octopi Notifier that automatically checks for updates, but I couldn’t find a way to modify the updates interval. 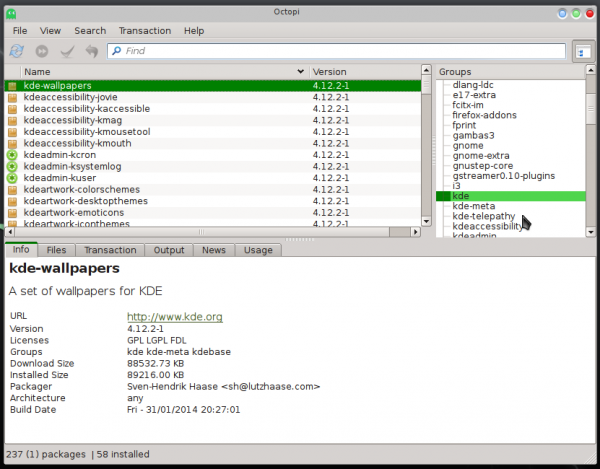 For example, at first boot, you will not be welcomed by Turbulence, but by the application shown in this screenshot. Unlike Turbulence, it is purely an information and gateway application, just like the mintWelcome of Linux Mint. 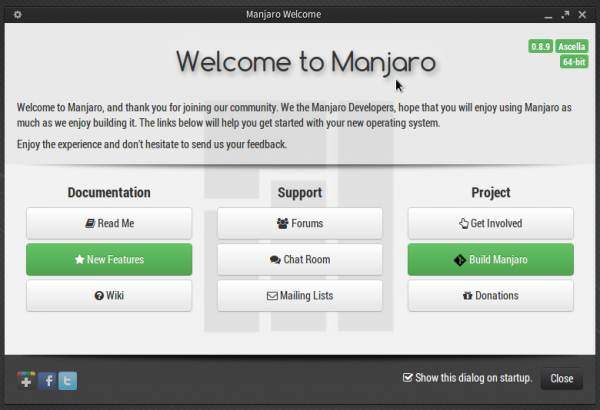 And the graphical application manager is not Octopi, but Pamac. Like its KDE counterpart, it is fast and very responsive. But unlike Octopi, it has a configurable update notifier. 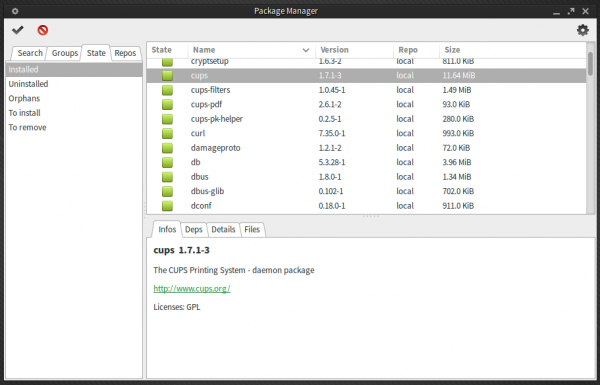 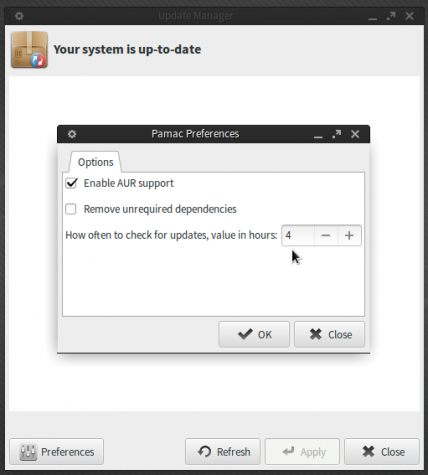 The default network security profile of the Xfce edition is only marginally better than that of the KDE edition: A firewall application and its graphical interface are installed but not enabled or configured. The firewall application is Ufw, with Gufw as the installed graphical interface. This screenshot shows the Gufw in its default state. All it takes to elevate the security profile is to enable it. 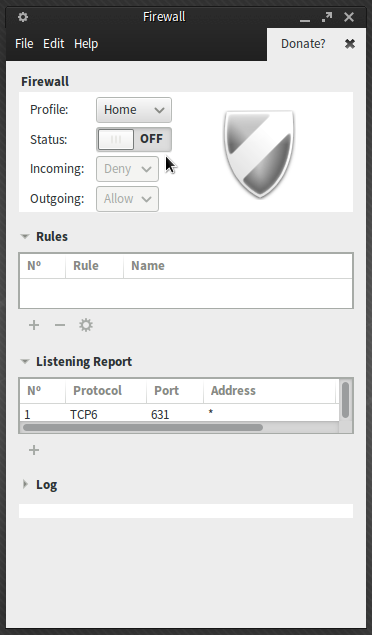 The Xfce desktop itself is just as polished as the KDE desktop. It comes with the Whisker menu, which looks very much like the Homerun Kicker menu used on the KDE desktop. 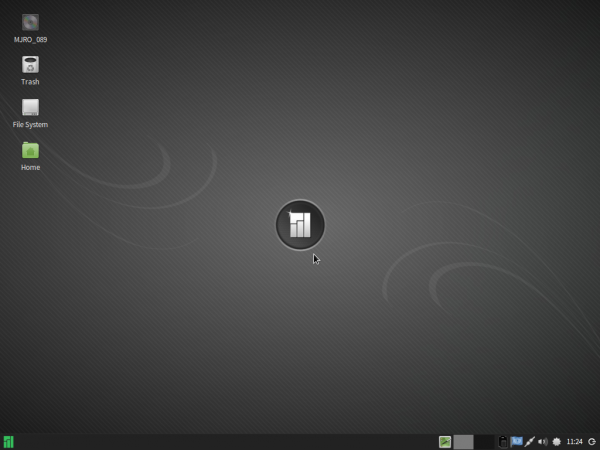 Another screenshot of the Xfce desktop on Manjaro 0.8.9 showing the Whisker menu. 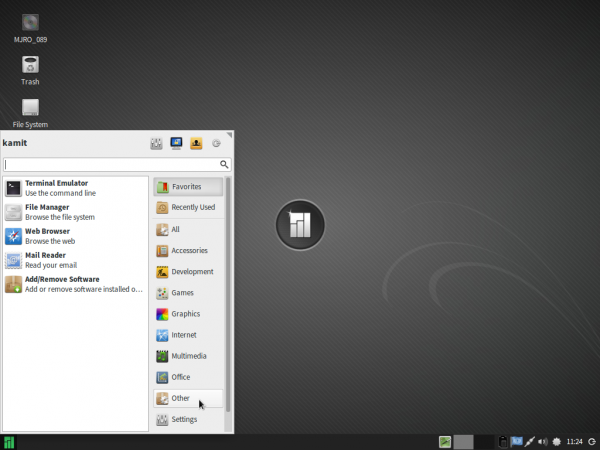 Yet another screenshot of the Xfce desktop with the menu showing the lone game application installed by default. That’s one more better than the KDE edition, which does not have any game installed out of the box. 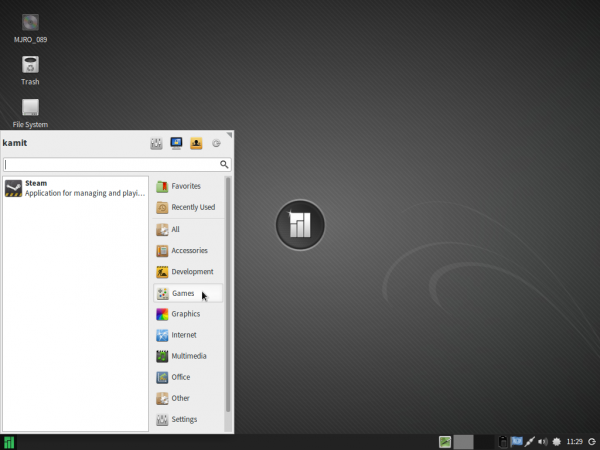 To sum, one good thing about the KDE and Xfce editions of Manjaro 0.8.9 is that all the non-free multimedia applications you need to view most multimedia content are installed by default. So in that regard, both desktops just work. Where Manjaro needs more work is obviously with Thus, the graphical installer. The developers know what to do, so I’m not going to bother listing what Thus needs. As a user, if you are considering installing any edition of Manjaro 0.8.9, and you intend to install it alongside another OS on the same hard drive, be prepared to perform a manual disk partitioning. And if physical security is important to you, be aware that disk encryption is not available in the manual disk partitioning tool.

Other than that, I think Manjaro is a decent desktop distribution, one worth adding to your distro-hopping list.

Resources: ISO installation images for 32- and 64-bit editions of Manjaro 0.8.9 KDE and Xfce are available for download from here. When I started working on this review, the community editions had not been published. But within the last 14 hours, the Cinnamon, GNOME 3, Enlightenment, and LXDE editions have since been released. ISO installation images for those are available for download here. I’ll post screenshots from test installations of the Cinnamon and GNOME 3 editions later today.