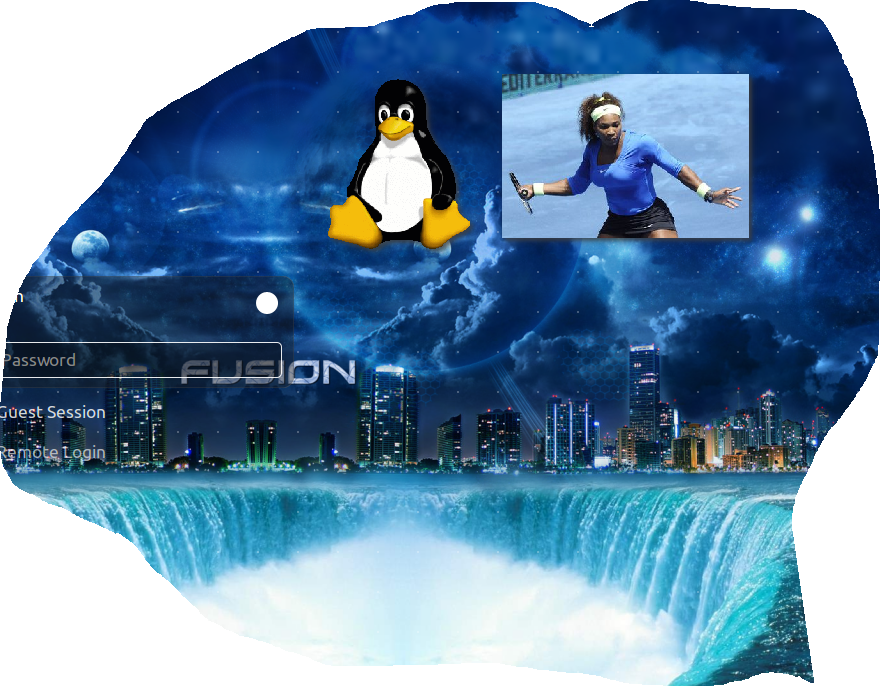 HotShots is a screen shot and editing tool that I just found out. Compared to the ones I’m used to, it is, in many ways, the best. This short article is how I introduce it to you, if you didn’t know about it already, and how I also show how to compile and install it on Fedora 19 and install it via a Personal Package Archive (PPA) on Ubuntu 13.04.

Before we get to all that, what other screen shot grabbers do we have in Linux? There are four that I’m aware of. There is the screen shot tool in GNOME, which, in terms of features, is the worst of the bunch. Then there is KSnapshot for KDE. Both applications are just for taking screen shots. They don’t have image editing features.

There is Shutter and Deepin Scrot, both of which come with image editing features. In that aspect, they are better than the previous two. Deepin Scrot is from the developers of Linux Deepin, a distribution based on Ubuntu Desktop.

And here comes HotShots. What does it look like and what can you do with it, other than take screen shots?

Let me show you.

This image shows the main window. 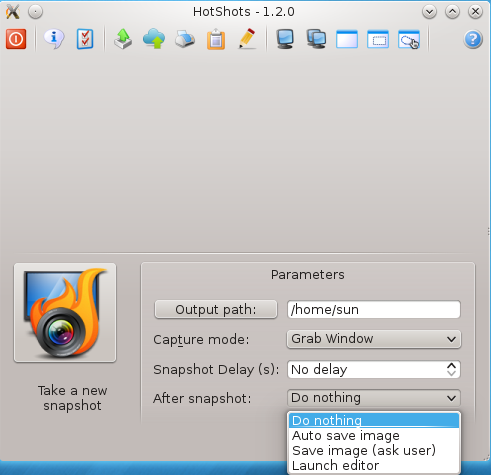 It allows you to take and save images in any image file format. 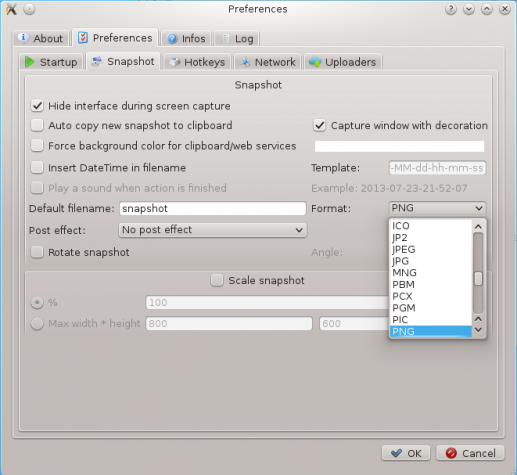 And you can send images to an FTP server, or to nay one of four Cloud image-hosting services. So far, so good. 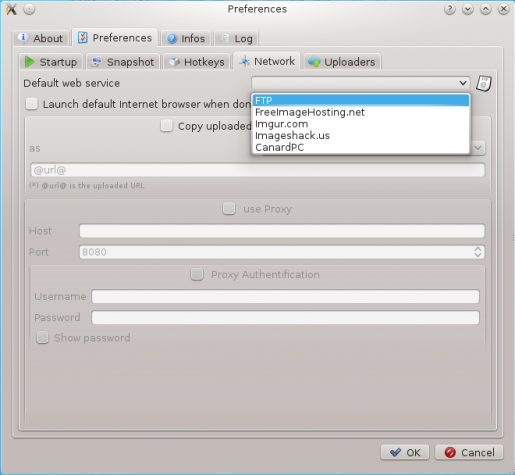 This is the image editing window. It has may of the same features that Shutter has, but fancier. Deepin Scrot has nothing on either application. This screen shot was taken using the Freehand capture mode. 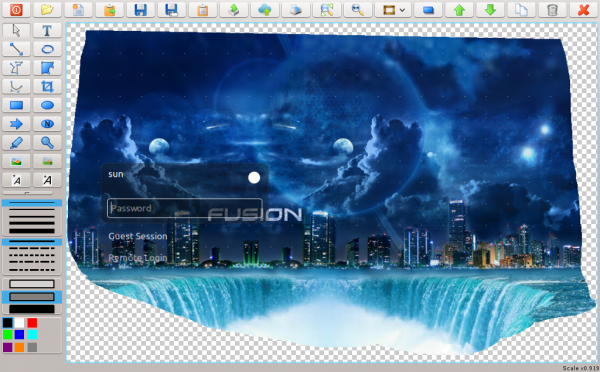 Just like Shutter and Deepin Scrot, annotations can be added to a screen shot. With HotShots, however, those annotations are more visually appealing. Any section of the image can be magnified. 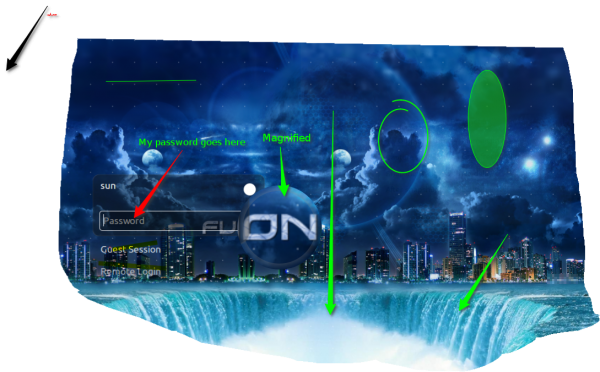 But here’s the feature that did it for me. Yep, that’s true! Existing images can be added to the one you just took via a process that almost drag-and-drop. I don’t think Shutter can do this. If you know of any other tool that can do this, please leave a comment. Now, what’s Tux doing with that massive server. 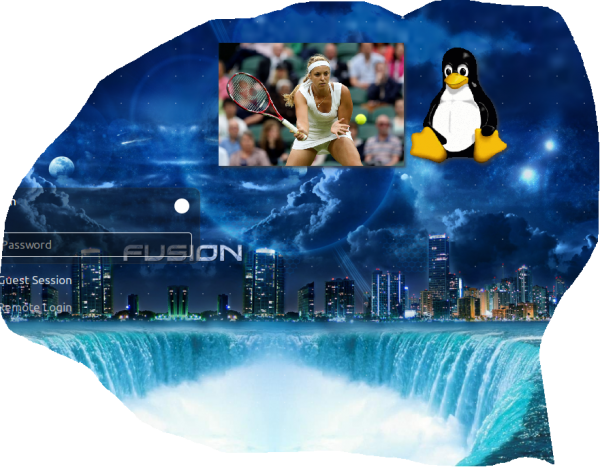 And what’s he doing with that other massive server. 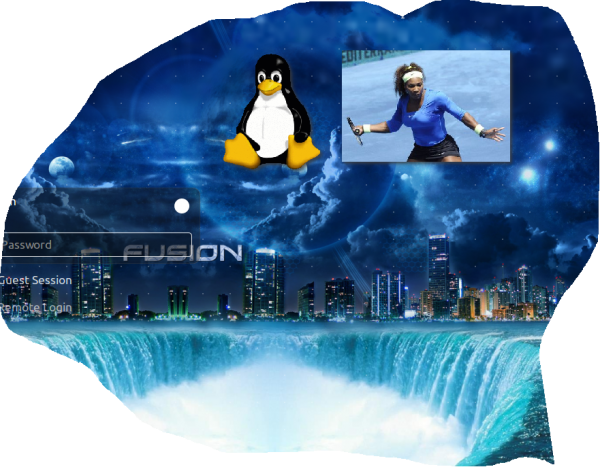 For Fedora, because there are no binary packages available for it, you can only compile it from source. But it’s a very easy process, so even if you’ve never compiled any thing before, don’t worry. The process will be over before you know it. For Ubuntu, you won’t find a package for it in the default repository, but you can add a PPA that will enable you to install it just like you would install any other package.

On Fedora, download the source code from here. As at the time of writing this article, the latest version is HotShots 1.2.0. The file you need to download is a zip file (HotShots-1.2.0.zip). Once it’s been downloaded, open a shell terminal and unzip the file by typing <strong>unzip HotShots-1.2.0.zip</strong>. There should be a new directory called HotShots-1.2.0.

Change (cd) into the HotShots-1.2.0/build directory. Ready to compile? I know you are. However, before we get to that step, we need to install something if the latter steps are to succeed. That “something” is a package called libqxt-devel. To install, type, as root, <strong>yum install libqxt-devel</strong>.

After that has completed successfully, type, as a non-root user, (you’re still in the HotShots-1.2.0/build) <strong>cmake .</strong> (that’s “cmake” followed by a space then a period). Follow that up with <strong>make</strong>. And finally, type, as root, <strong>make install</strong>. The whole process should take about 5 minutes. And the last command should create an entry for HotShots under /usr/local/bin (/usr/local/bin/hotshots). You may then add an entry for HotShots in the menu by using the menu’s editor.

I got stock at the “cmake .” I get “bash: cmake: command not found…”
Please help don’t know how to proceed further. Never compiled a file before.

That last command (yum install hotshots) doesn’t work, which is logical. How would you suggest to install a non-rpm program using yum?

Eagle-eyed reader, thank you. That last command was not even necessary. And considering that I have the thing installed on the computer I’m using right now, I wonder why I made the decision to tack yum install on there.

Did you try Shutter:
http://shutter-project.org/

I use Shutter. I think I mentioned it like 3 times in the article.