How to replace Ufw with Firewalld in Linux Mint 15 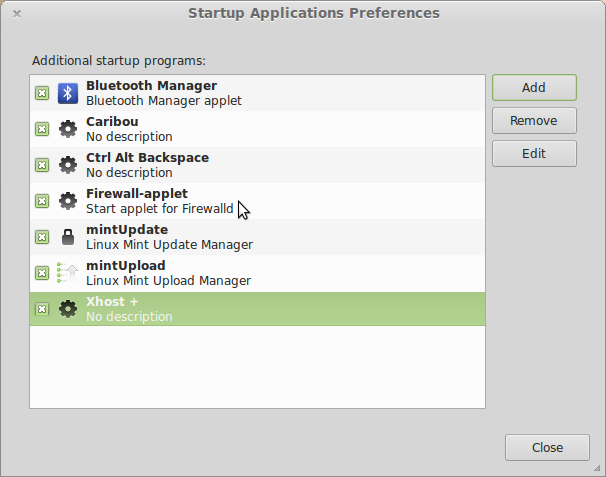 Though Ufw has a command-line client that is easier to use, Firewalld brings a lot more features to the table. For example, Firewalld introduces the concept of network zones, which define trust levels for network connections or interfaces. All you need to know about Firewalld is available here.

This short tutorial shows how to replace Ufw with Firewalld in Linux Mint 15, the latest stable edition of the popular desktop distribution.

In Linux Mint 15, as on other Linux distributions, you can install it from the command-line or from the Software Center, the distribution’s graphical package manager.

To install all three components of Firewalld from the command-line, open a shell terminal and type sudo apt-get install firewall-applet. From the Software Center, search for “firewall-applet” and install it. Once installed, you can confirm that the daemon is running by typing sudo service firewalld status. You may then launch firewall-applet from the menu. Its icon should appear in the System Tray. Right-click on it to see the entries in its context menu. 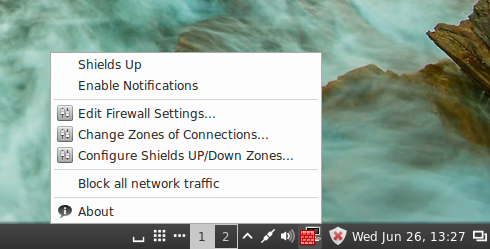 This is the main window of firewall-config. It comes with several zones pre-configured, and the default zone is Public. Might be better to change it to Home, as its settings are designed for use in a more trusted environment. 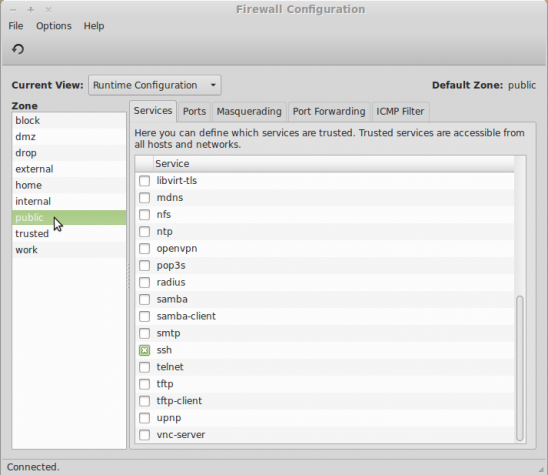 To change the default zone, select Change Default Zone from the Options menu. 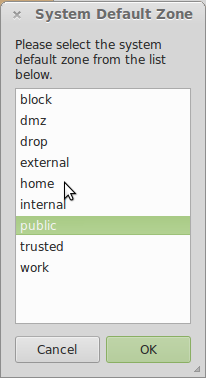 At this time, after logging out or rebooting the computer, you will have to restart the applet. To make it auto-start on subsequent logins, open the graphical management control center of the edition of Linux Mint you are running and click on the Startup Applications module (that’s what it is called in the Cinnamon edition). Click on the Add button. 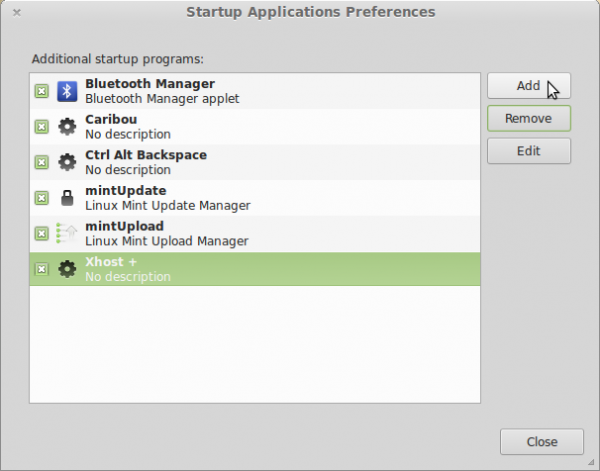 Fill in the fields as shown in this image. You can modify the Comment field, but the Command filed must be firewall-applet, because that is the command that starts the applet. Click Add.

There should now be an entry for the applet in the list of startup applications. You may close the window. Now that Firewalld is installed and running, you can stop the daemon for Ufw by typing sudo service ufw stop. UPDATE: It’s actually better to uninstall ufw by typing sudo apt-get remove ufw. That will not only remove the daemon, but also remove the Firewall module from System Settings. 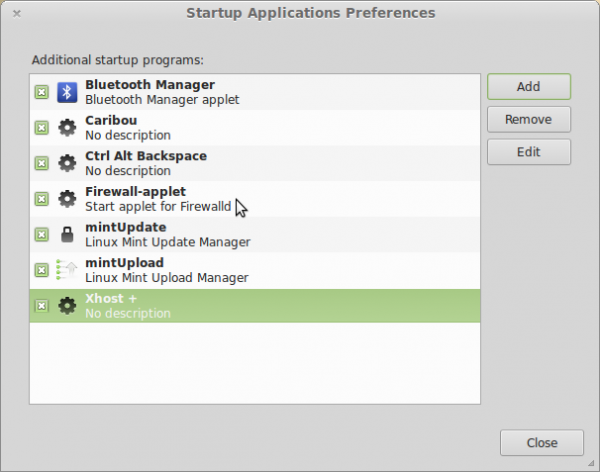 Works perfect on a fresh Linux Mint 16 installation.
I solved the problem with the Firewalld applet by using the adviced Nvidia driver instead of the X.org display server one on my Dell.
Now the applets starts correctly.

It seems complicated but I’ll try to replace my firewall.

Will this work in Ubuntu, too?

The package is available in Ubuntu, but the applet fails to start. The error has something to do with dbus or something like that. I’m still trying to figure out why, but it could be something specific to my test installation.

Try it on your system and see if it works. Note that it also works on Linux Deepin, which, like Mint, is also based on Ubuntu. See How to customize Linux Deepin 12.12.