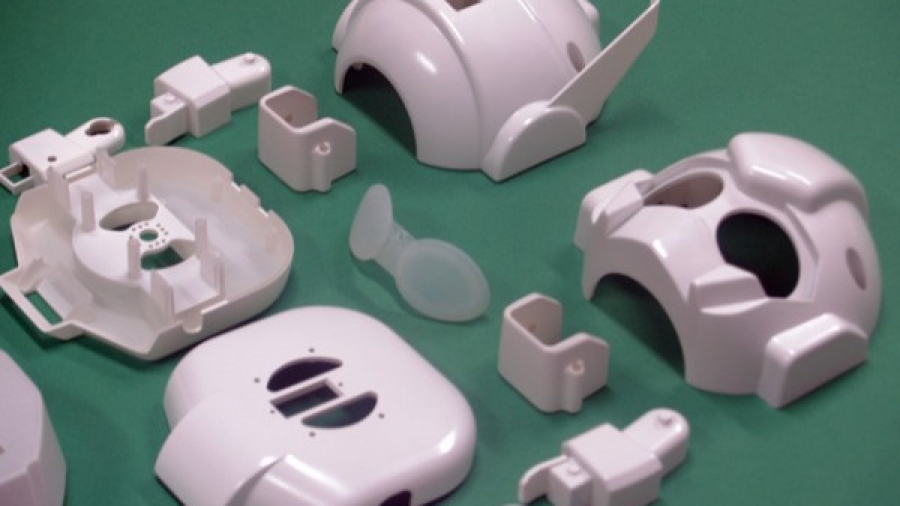 RAPIRO is a robot and a robotic kit designed by Shota Ishiwatari, the founder of kiluck.co.jp. It is designed to work with a Raspberry Pi, a credit card-sized board that runs Linux or GNU/Linux.

It comes with 12 servo motors and full-color LED for eyes. And it only requires a screwdriver to assemble. No need for soldering.

The servo control board is programmable and Arduino-compatible, and a Raspberry Pi (with an optional camera module) is mounted in its head. That’s how RAPIRO got its name – RAspberry PI RObot. It can also take a PSD distance sensor and speakers. So what can RAPIRO do?

Plus any other nifty ideas you can imagine. Ishiwatari intends to publish the sample code and 3D data for anybody to mess with. It is being promoted on Kickstarter here, and for about US$310, you get a complete kit, with a December 2013 delivery date.

The following images show parts and pieces of RAPIRO. 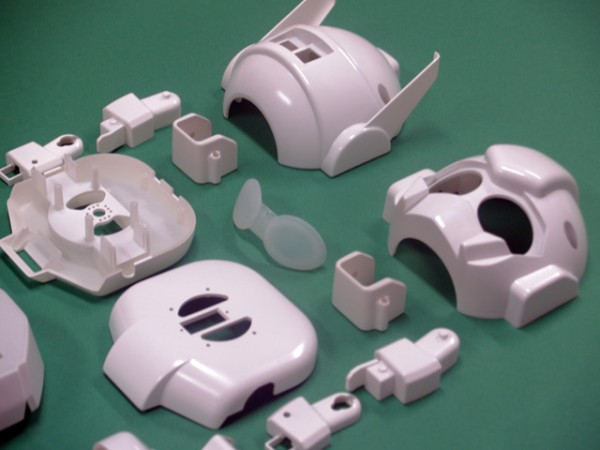 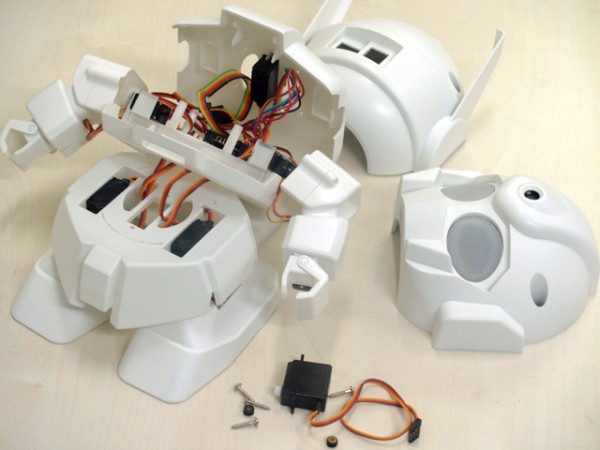 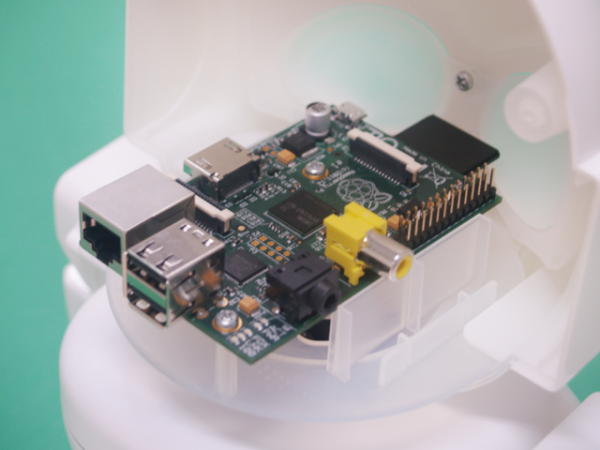 Here’s an introductory video of RAPIRO.