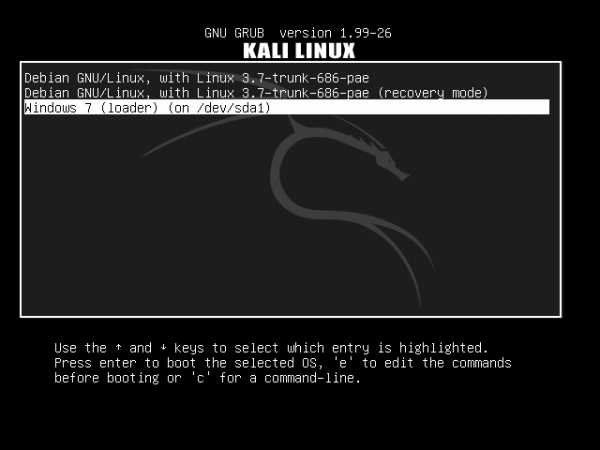 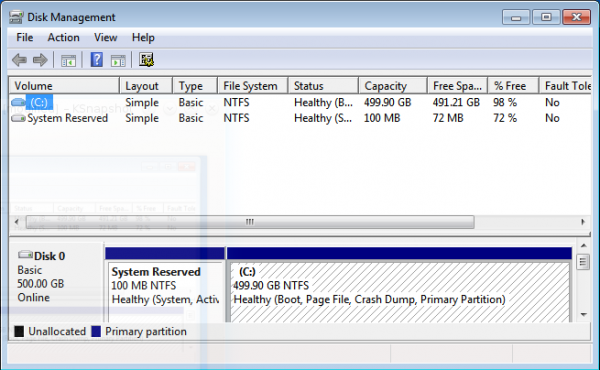 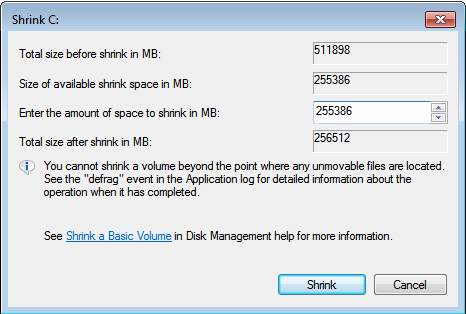 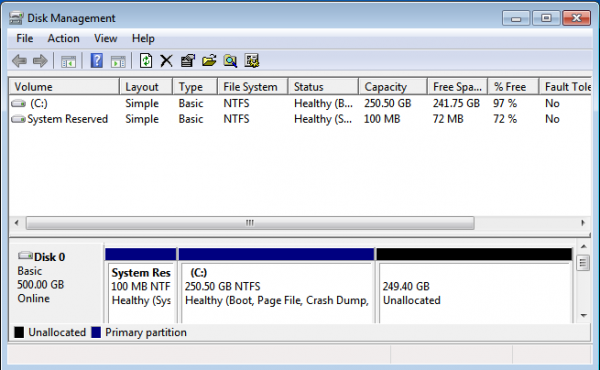 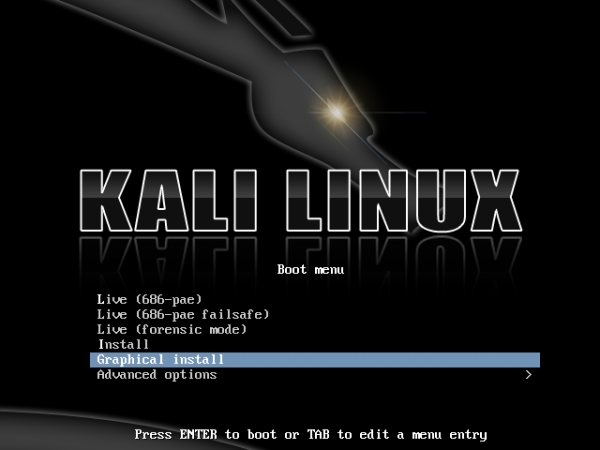 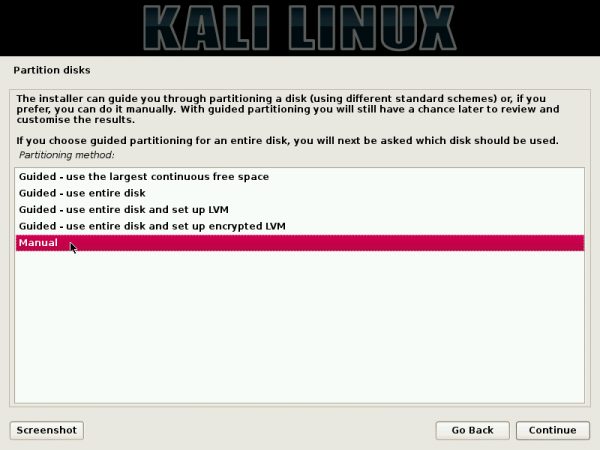 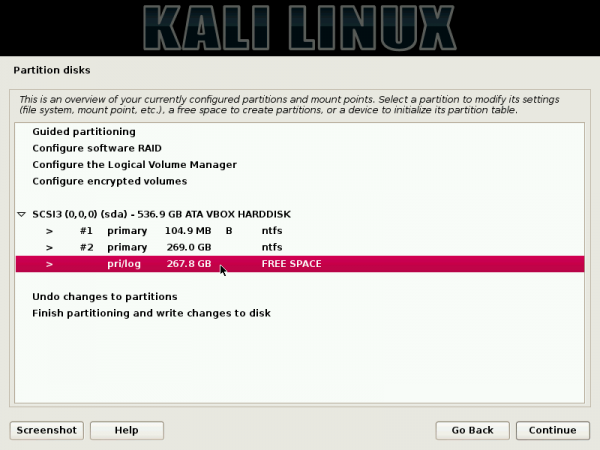 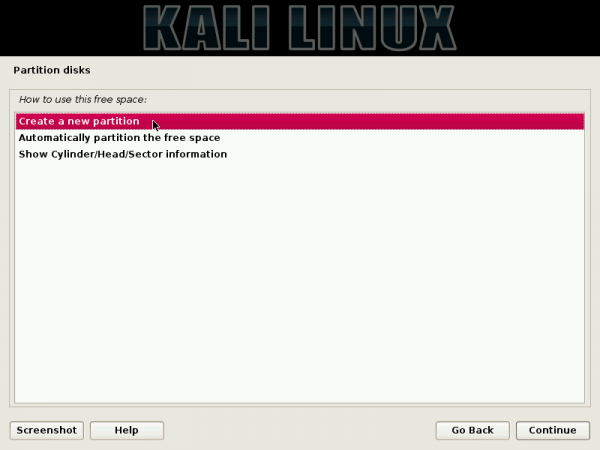 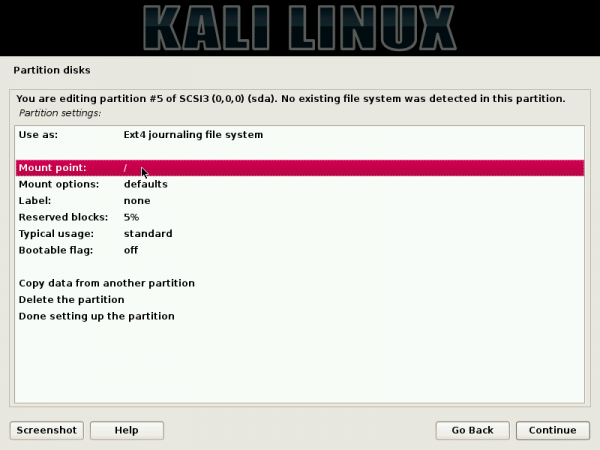 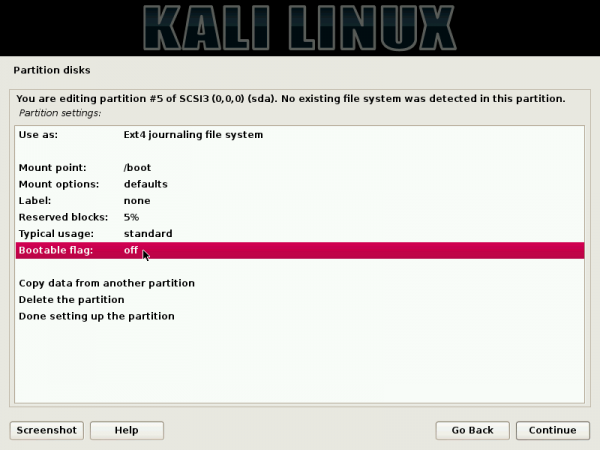 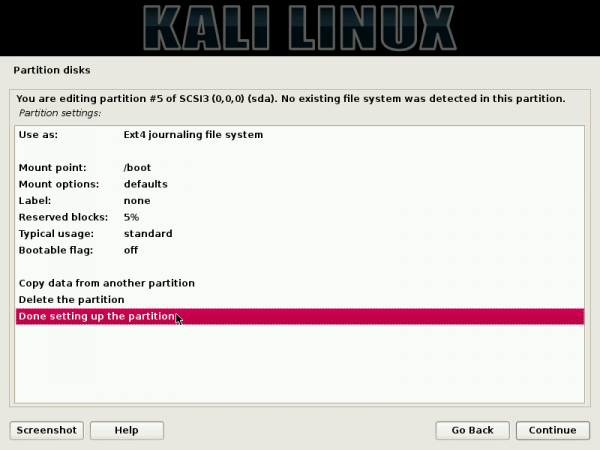 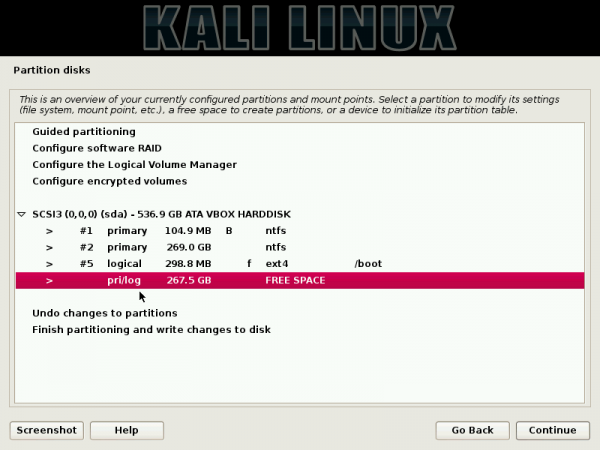 Hi, I have installed kali successfully but my problem am unable to boot kali. It says “Oh no! Something has gone wrong. A problem has occurred and the system can’t recover. Please contact admin”.. what should I do? Thanks

i have also download linux latest iso file and make booteble using power iso then process installation , i have done finish installation without any error , then login page not show display .
please help me what I do and how.

and my all personal data is missing.hard disk is format

I have no idea what you did. How did you get to format all your hard disk?

Hi. I have downloaded the 64 bit version of the Kali Linux ISO image and stored it in a flashdrive and set it as priority when booting. I get an error saying ‘BOOTMGR is missing Press Ctrl + Alt + Del to restart’. I know it should’ve booted to the installation menu when I run it but unfortunately that’s not the case. Please help.

Try transfering the image again. Perhaps it was not done properly the first time. What program did you use to transfer it?

The installation image is bootable. You don’t need to do anything special after it’s been transferred to a USB stick.

I know this thread is a little old, but I’m trying to dual boot kali and win 7, I don’t have a flash drive or a disk drive, so I’m using WinISO to mount the iso file and I’m obviously running into the issue of not having the files during installation. Is there a work around for this?

Not that I’m aware of. Do you at least have an external DVD drive that you can connect to the PC?

I am using a dual boot system, after installing the Kali linux, i was able to use it well that i could access my hard disk which are in three partitions and could access then all. on the third boot on kali linux, i access my file and this is what appears:
Error mounting /dev/sda6 at /media/root/LIMIT: Command-line `mount -t “ntfs” -o “uhelper=udisks2,nodev,nosuid,uid=0,gid=0,dmask=0077,fmask=0177” “/dev/sda6” “/media/root/LIMIT”‘ exited with non-zero exit status 14: The disk contains an unclean file system (0, 0).
Metadata kept in Windows cache, refused to mount.
Failed to mount ‘/dev/sda6’: Operation not permitted
The NTFS partition is in an unsafe state. Please resume and shutdown
Windows fully (no hibernation or fast restarting), or mount the volume
read-only with the ‘ro’ mount option.

what should i do help me.

As the message indicates, that can be caused when windows was in hibernate or suspend state, or when faststarting is enabled before you booted into Linux. So log back into Windows, shut it down correctly and make sure that fastboot is disabled (I think that’s in the BIOS).