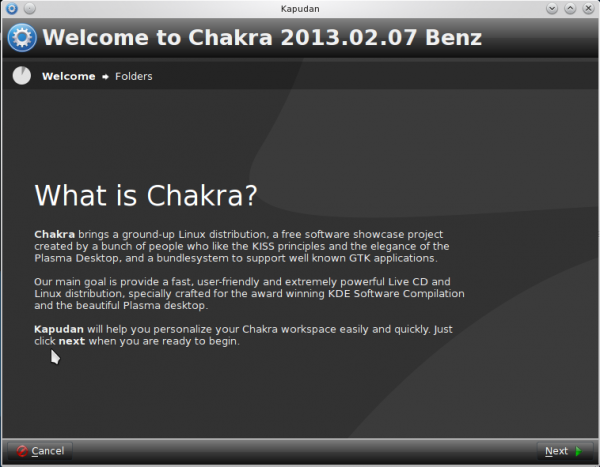 A very user-friendly application available on Chakra is StackFolder, though it is not installed by default. Not having StackFolder on the panel out of the box is, I think, a case of not putting your best foot forward, knowing its utilitarian value. But I guess that’s in line with the distribution’s philosophy. StackFolder provides easy access to files and folders in your home directory right from the panel. It is installed by default on the panel of ROSA Desktop, a distribution based on Mandriva Linux. 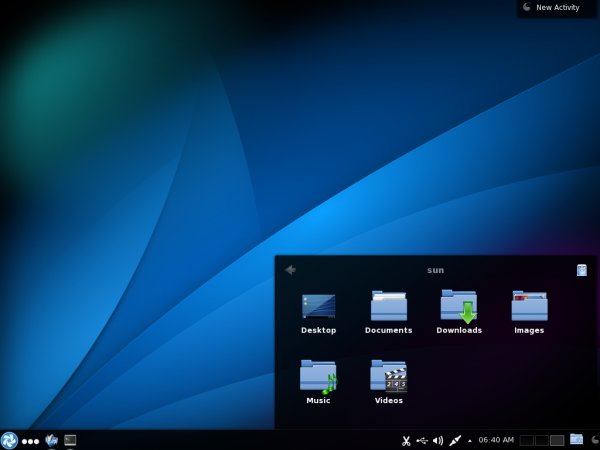 Installing and Updating Applications: Chakra ships with a full range of applications for the average desktop user. Calligra, the native Office suite for KDE, is installed. Because there is no graphical package manager, installing and updating most applications on the system will be via the command-line, aside from those applications available from the Bundle Manager.

Chakra offers a “pure” KDE desktop, and non-native KDE or GTK applications are made available via application packages called Bundles. The Bundle Manager is the graphical interface for installing and updating them. The problem with this setup is that you have, in a sense, two different package managers to contend with. This screen shot shows a partial list of applications installable from the Bundle Manager. 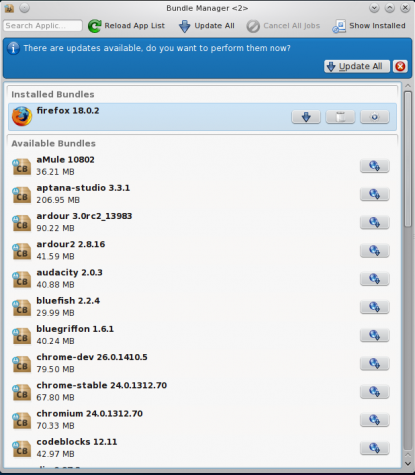 Network and Physical Security: Without support for disk encryption in Tribe, Chakra’s installation program, the distribution does not have any physical security features. It’s a bit better on the network side, however, because there’s a graphical firewall installed and Kapudan makes it easy to enable or disable. Also, there are no open ports on a default installation, unless you chose to enable CUPS, the printing service. But even that service is only accessible from the localhost by default.

Summary: Chakra is your distribution if the features listed as missing in the quote at the beginning of this article are not important to you. If you missed them, they are: A graphical package manager, support for LVM, the Linux Logical Volume Manager, RAID, and disk encryption in the installer. Besides those shortcomings, it is a very solid and stable desktop distribution, one that you want to use if you like to have access to the very latest applications as soon as they are released.

Resources: You may download an installation image of Chakra 2013.02 from here.

This is the login screen. 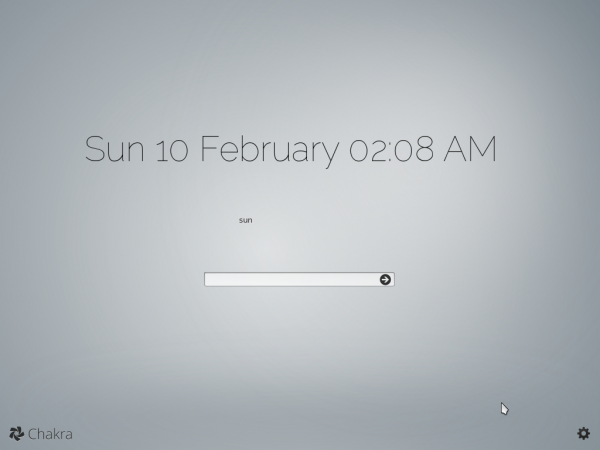 The default desktop. That is not the default wallpaper. 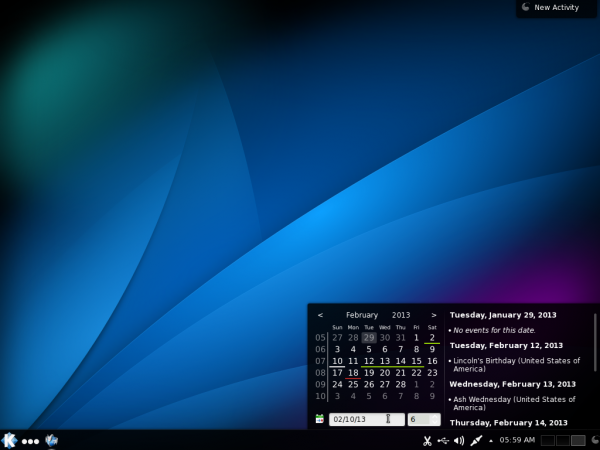 Though not a option in Kapudan, The Takeoff Launcher is another menu style available. This screen shot shows its Favorites tab. 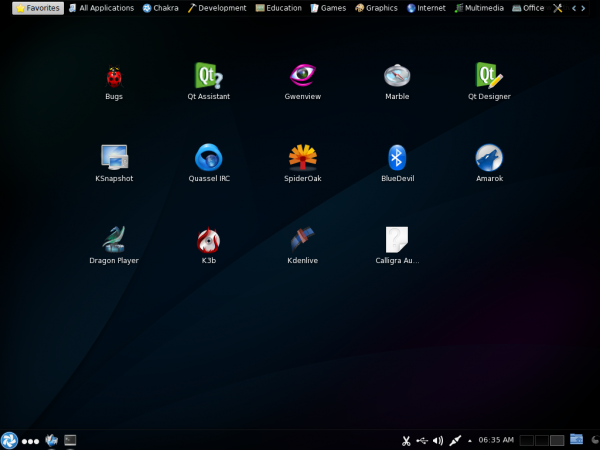 This is the first page of its Applications tab. 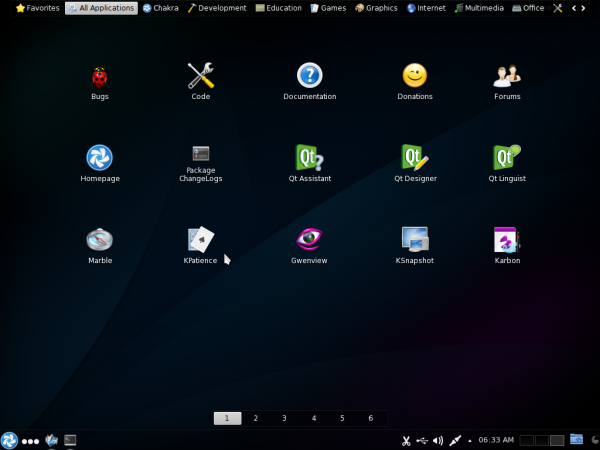