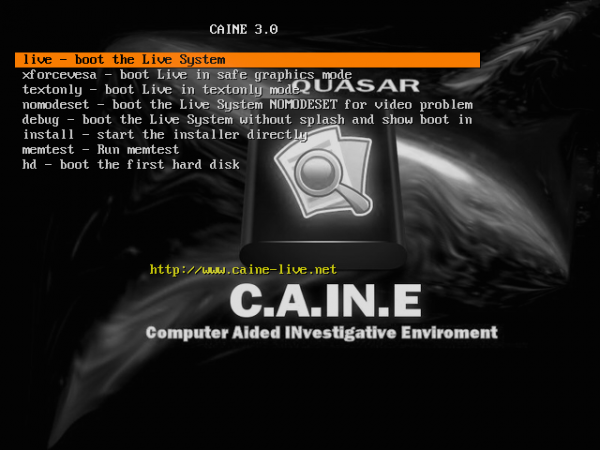 A couple of the forensics applications are bash scripts that must be run from a shell terminal, while the rest have graphical interfaces. There is, for example, AIR (Automated Image & Rescue), which is actually a graphical frontend for dd and dc3dd. dd id a file converter and copier, while dc3dd is dd enhanced with features for digital forensics – on-the-fly hashing, split output files, pattern writing, progress meter, and file verification. The main interface of AIR is shown below. 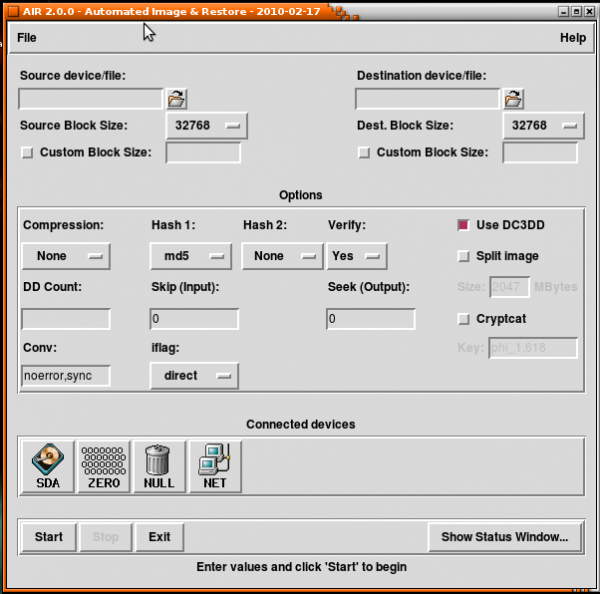 Another interesting application in CAINE 3 is Autopsy, a browser interface to the command-line tools available in The Sleuth Kit (TSK). TSK, designed for investigative analysis of disk images, is powerful stuff, and there is a version called Sleuth Kit Hadoop, which integrates TSK into a Hadoop cluster. It was initially funded by the US Army Intelligence Center of Excellence (USAICoE).

This is the main interface. Pressing Create Report prompts you for authentication. 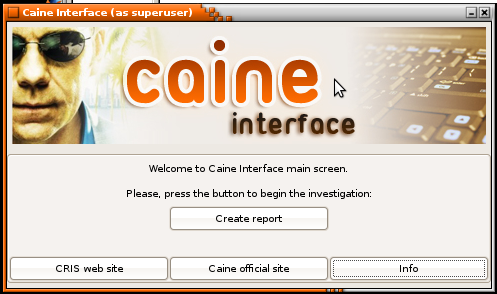 Upon successful authentication, you then see this: 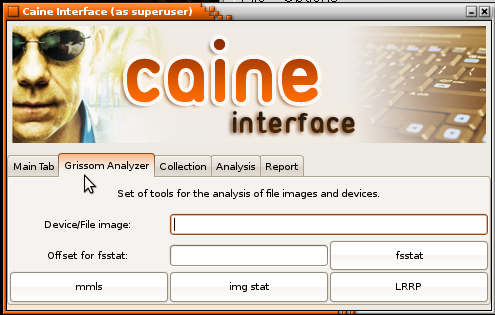 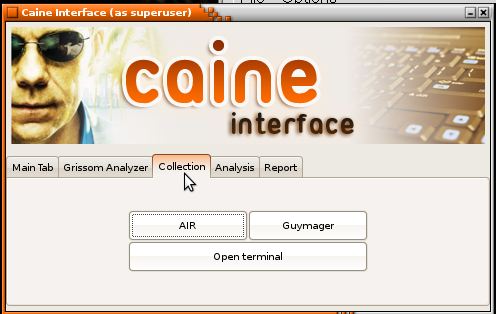 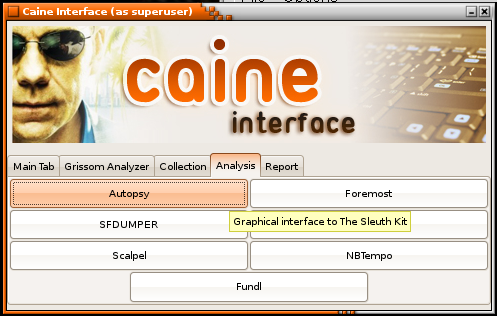 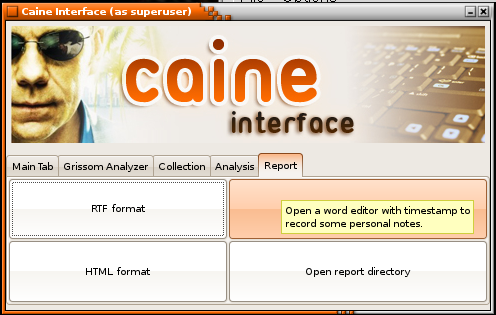 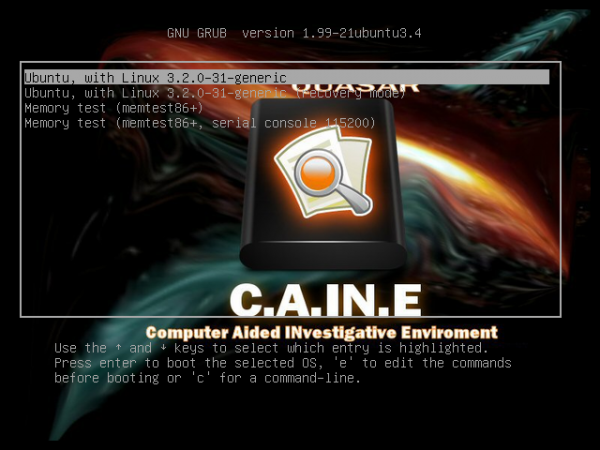 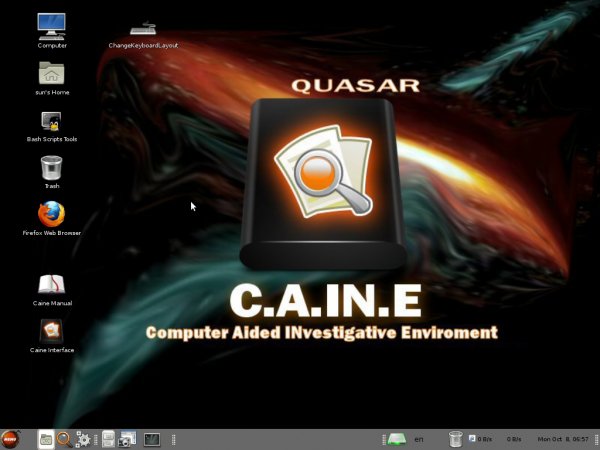 The desktop with the menu showing installed applications in the System Tools category. 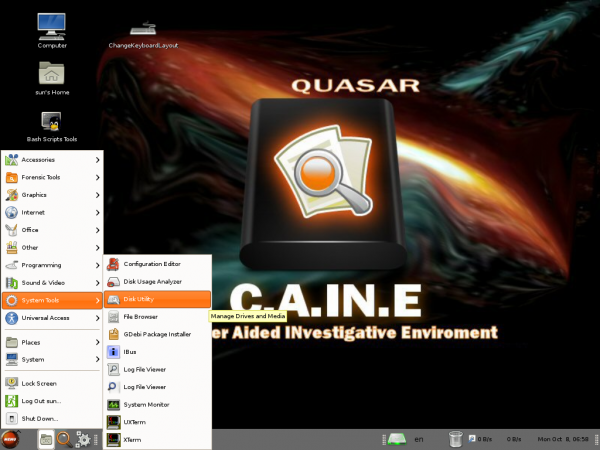 Firefox is the only installed application in the Internet category. 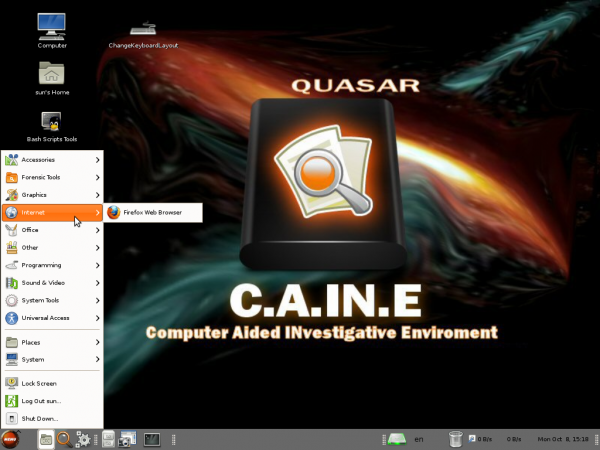 The desktop with the menu showing installed graphics applications. 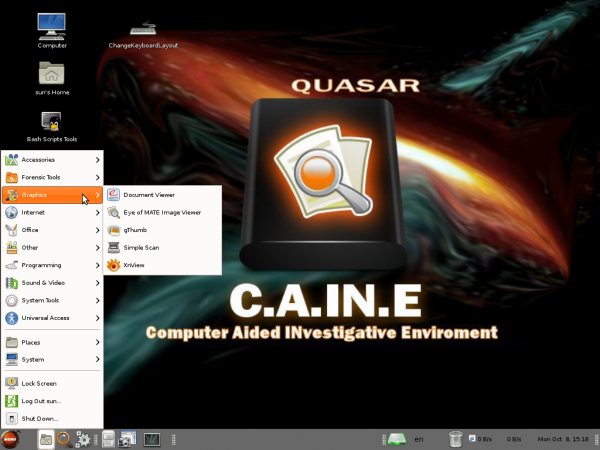 First;
“It is now a project of Digital Forensics for Inter-department Center for Research on Security (CRIS) at the same university.”

It’s not true…since 2009 I’m the project manager as you can read in Caine’s website everywhere http://www.caine-live.net

And….a forensic distro like Caine is not only an Ubuntu filled of many forensic tools…there are many patches for avoiding the changes to attached devices, as the forensic best practices suggest…write blocking etc.

Thank you for your review and have a nice day 😉