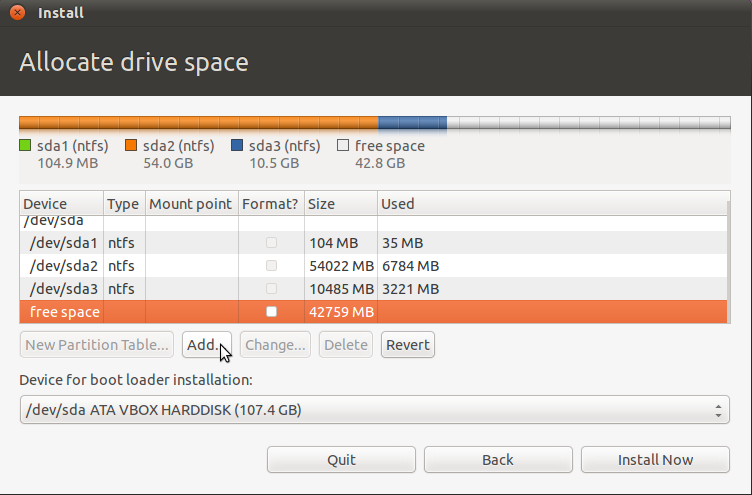 This is an updated version of tips for dual-booting Windows and Linux. Information for dual-booting using a combination of a Solid State Drive (SSD) and a regular hard drive (HDD) have been included. Most of the material from that article have been reposted here, with some modification.

A future update version of this updated version will include materials on dual-booting using UEFI hardware and also information regarding Windows 8. Once I acquire a UEFI hardware and I can get a copy of Windows 8, then that update will be published.

That ends the intro, the article starts below.

Multi-booting, installing more than one operating system on a computer’s hard drive(s), has become very popular over the years, fueled, of course, by the popularity of Linux as an alternate system on desktops and servers. Dual-booting, installing two operating systems on a computer is a subset of that, and in this article, basic guidelines to follow when attempting to dual-boot a Linux distribution and Windows are presented.

The most common practice is to dual-boot on a computer with one hard drive. That, however, gives the system a single point of failure. If you can afford to, the best option is to install each operating system on a separate hard drive. That ensures that if something goes wrong with an OS or one hard drive, you can always boot from the other drive, and troubleshoot the other one whenever you are can. That is tip number 1 for dual-booting your favorite Linux distribution and Windows.

Tip Number 2: When attempting to dual-boot on a computer with one hard drive, always install Windows first, followed by your Linux distribution. Why? Because Windows is intentionally designed to destroy everything in its path. So, if it finds another operating system on the same hard drive it is being installed on, it has no built-in mechanism that allows it to play nice.

Tip Number 3: If you are going to dual-boot on a computer with an existing installation of Windows, and you do not want to re-install Windows, it means you will have to shrink the Windows partition to create room for your choice of Linux distribution. You can do this from inside Windows or from the Linux installer, and be sure that your data will be left intact. But remember to back up our data before shrinking your C drive. There is a saying in the stock and commodities trading business which goes like this: “You can never go broke by taking profits.” We can rephrase that for dual-booting to: You can never lose your data by backing it up. Back up your data before messing with your C drive.

Tip Number 4: Every tip in this article is important, but this is even more so. When attempting to dual-boot on a computer with one hard drive, do not install Linux or make the mistake of installing Linux on the same partition that Windows is installed on. That is the same thing as deleting your C drive. So look before you install.

Tip Number 5: By default, the boot loaders of operating systems are installed in the Master Boot Record (MBR) of a hard drive, which is located at the very beginning of the drive. That is the best location for it. However, when attempting to dual-boot Windows and a Linux distribution on a computer with one hard drive, you have another option: Install the Linux boot loader on a separate boot partition, and have the Windows boot loader be responsible for dual-booting both operating systems. Whether you choose to follow this tip or not depends on your tolerance for pain, because the alternative is to use the default, that is, install the Linux boot loader in the MBR.

The problem with that is if you ever have to reinstall Windows, or upgrade it, it will wipe the Linux boot loader and install its own (boot loader). Also, some anti-virus programs have been known to install small files in the MBR, so that could be another source of pain, if you have to install an anti-virus program on Windows.

This screen shot shows how the installation program of Fedora, a popular Linux distribution, gives you a choice of locations for installing its boot loader. In the system where this screen shot was taken, /dev/sda3 is the boot partition. In this case, it is a primary partition. If you are new to Linux, you might want to read guide to disks and disk partitions in Linux. 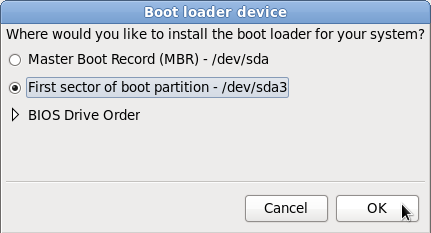 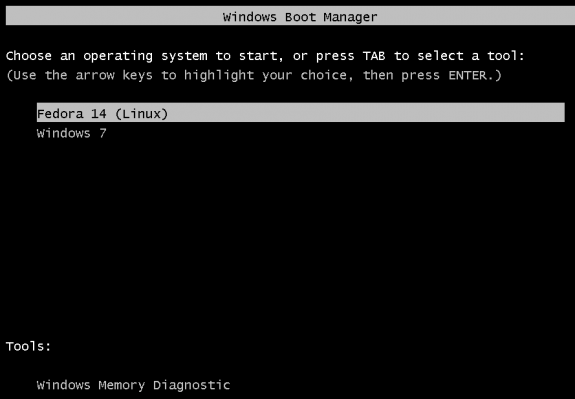 Tip Number 6: When attempting to dual-boot on a computer with two hard drives, it is best to install the respective boot loaders on their operating system’s hard drive. Keeping them completely apart in that fashion makes troubleshooting and management a bit less of a hassle. Keep in mind that even in this type of setup, you can still locate an NTFS partition on the second hard drive, that is the Linux hard drive. And that NTFS partition can be before or after the Linux partitions, that is, at the beginning or end of the hard drive.

Tip Number 7: Normally, you would set up a dual-boot system using two regular hard drives, but now that Solid State Drives (SSDs) are being shipped with some computers and are relatively cheap to acquire, you might want to use a combination of an SSD and a regular hard drive for dual-booting. With a combination like that, the best approach for dual-booting, is to locate the Windows system partition on the SSD, and the Windows data partition (the C drive) and the Linux distribution on the HDD. The C drive can be before or after the Linux partitions, but the Linux boot loader must be installed in the MBR of the HDD.