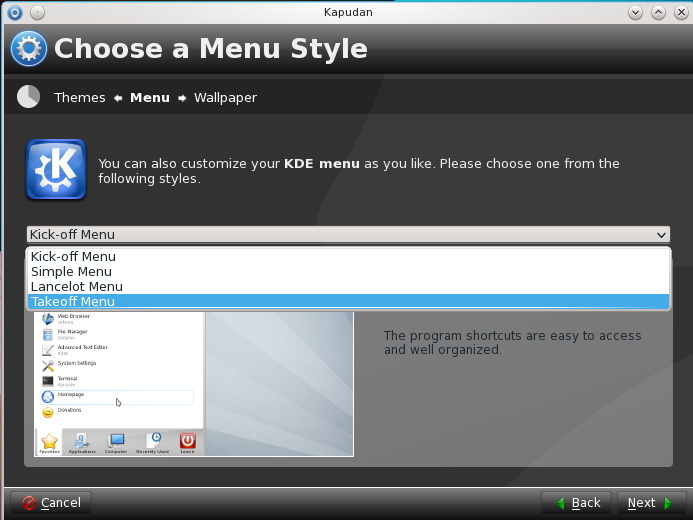 Chakra Linux is a desktop distribution forked from Arch Linux. It uses the K Desktop Environment as its primary and only officially-supported desktop environment.

Sadly, even this latest release does not ship with a graphical package manager. All package management tasks have to be accomplished from the command line. Aside from that, I think this release has a lot of goodies to offer, and is what a detailed review. While that review is still in the works, here are a few screen shots from a test installation.

On first boot, Kapudan is the first application to run. Kapudan is Chakra’s version of Kaptan, the desktop customization utility of Pardus. Kapudan is actually an enhanced port of Kaptan. 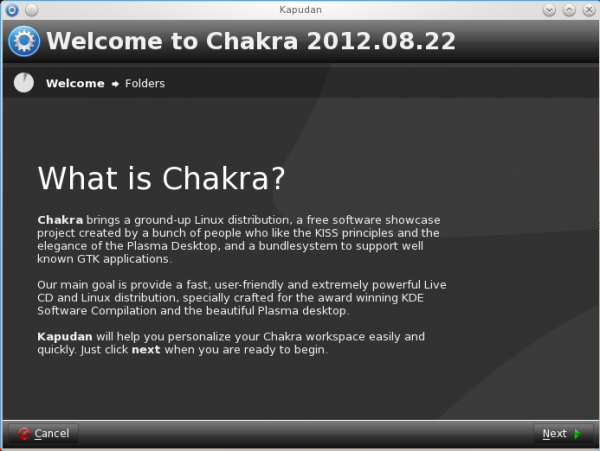 Kapudan allows you to configure many aspects of the desktop. 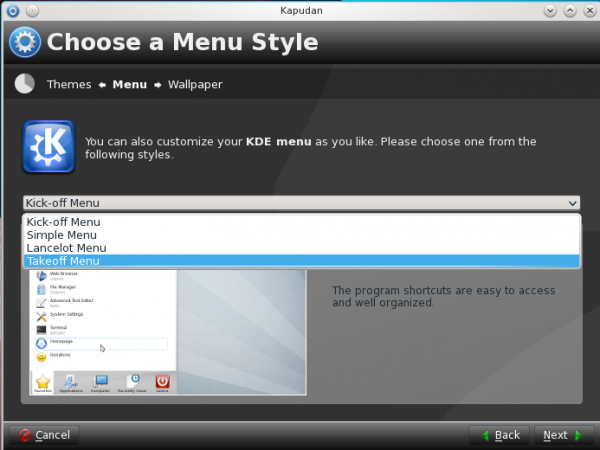 This is the default desktop. 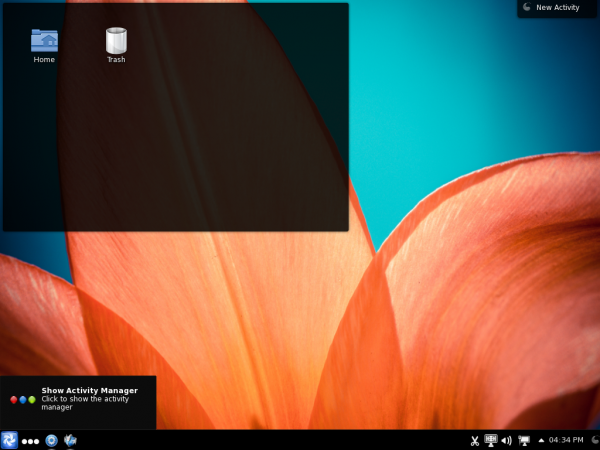 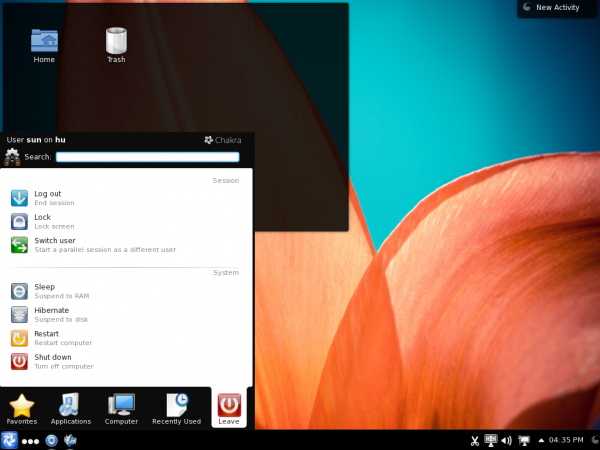 And this is the default desktop with a different wallpaper. I find the default wallpaper too bold and too in your face. Even this one is not exactly to my liking, but it is the best that I could find. 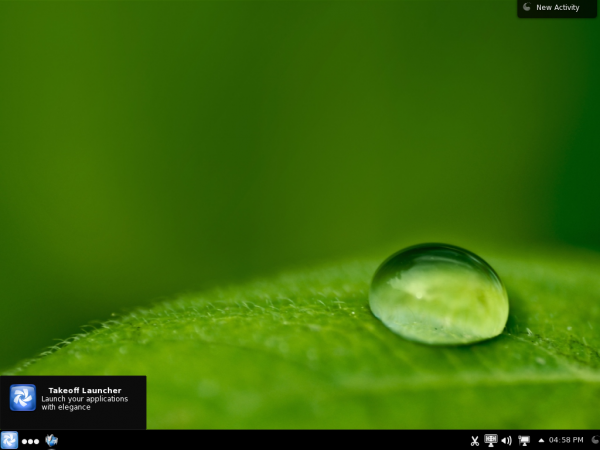 The desktop as seen from the KDE Plasma Netbook interface. 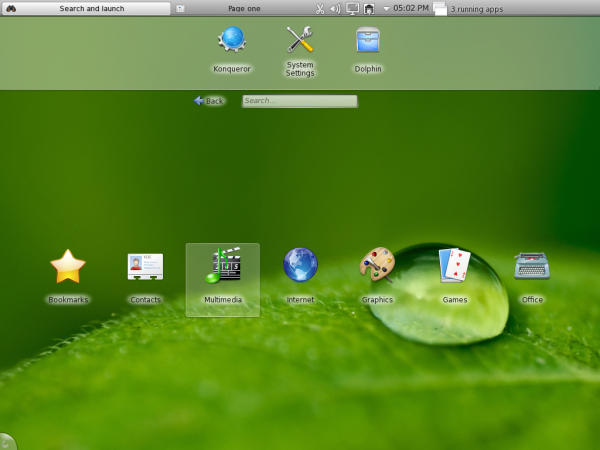 The Takeoff menu is one of four menu styles configurable from Kapudan. It is actually my favorite KDE menu style, but not with this default background. 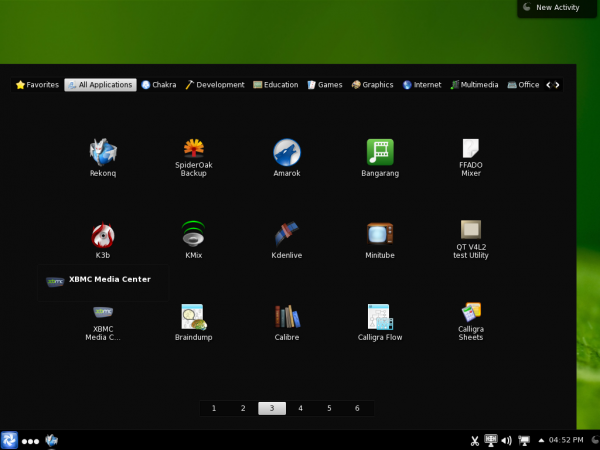 Another shot of the desktop with the Takeoff menu. 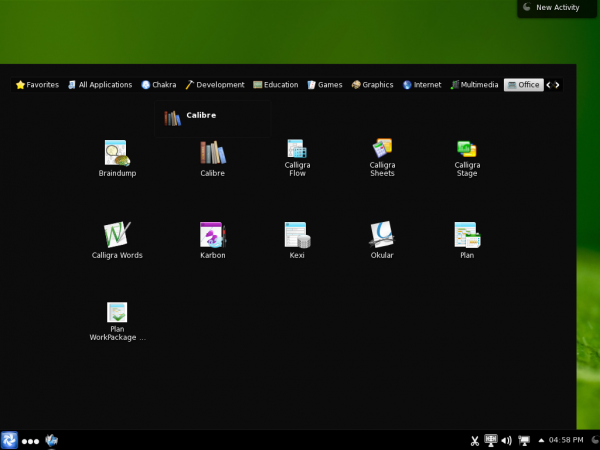 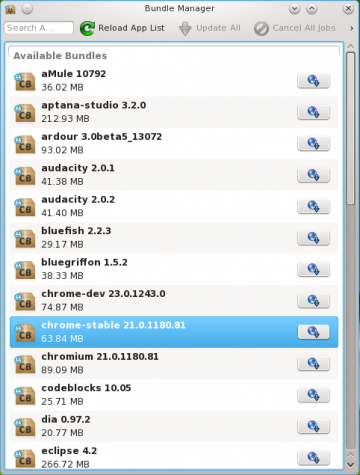 You may download an installation image of Chakra 2012.08 from here and read the Release Notes. Note that with this release, Chakra is now available for 64-bit architectures only.

When, oh, when are people going to learn the difference between a great looking photo (usually striking, and attention grabbing) and a great looking desktop wallpaper (usually subtle, abstract and acting as a *background* to everything else that is happening on your computer).

It’s a beautiful photo, though.

Did you notice the Manjaro release? Supposedly one of the lead developers from Chakra left to join the project. It’s also based on Arch, and available in both 32 and 64 bit versions with Xfce, KDE, and Cinnamon/Gnome DEs.

I think I know the guy, but no, I don’t know much about the distro. Might be worth a test drive.