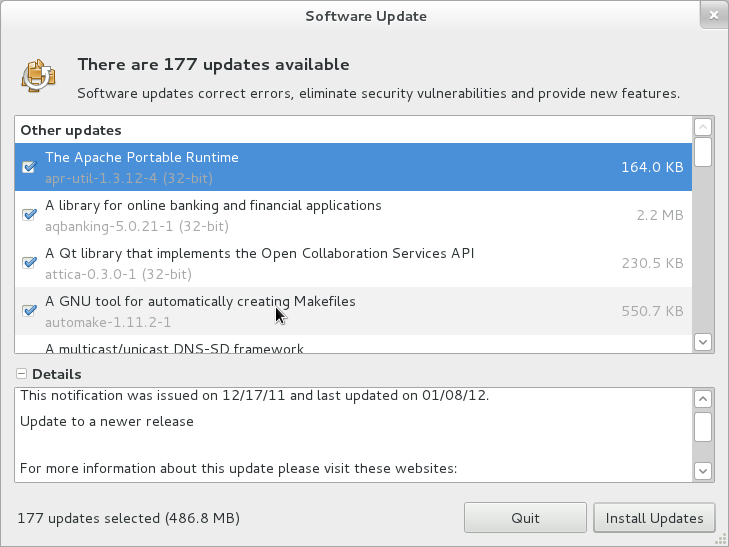 Though it is very easy to modify the removable media settings, these are the types of configurations that should be enabled out of the box. The Removable Media configuration tool, accessible from System Settings, can be used to change the system to present VLC Media Player, the installed media player, anytime an audio CD or video DVD is detected. 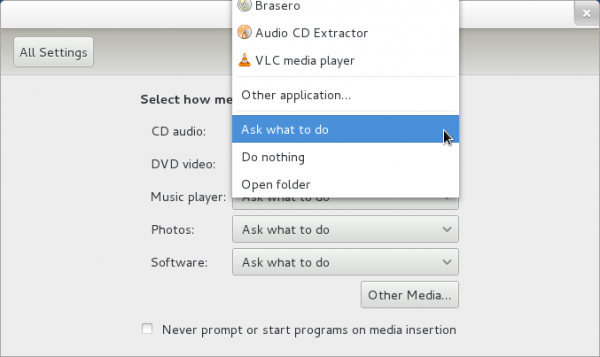 Another default setting that is wrongly set is the application used to open images. By default, this is the GNU Image Manipulation Program, the GIMP, when it should really be a basic image viewer, and not a bloated, Photoshop-like application. Like the case with removable media, it is easy to change the system to open an image with the correct application, which in this case, is GNOME Image Viewer.

An aspect of the system that is done right is printer configuration. When one is connected to the system, it is automatically configured – if it has a compatible driver in the printer driver database.

Installed Applications: KahelOS comes with a bunch of applications installed, more than many other distributions that use GNOME 3 that have been reviewed on this website. The list includes:

Also installed, aside from the applications listed above, are the usual desktop accessories and system utilities of the GNOME 3 Desktop, and a full assortment of games. While many distributions tend to ship with one application per computing task, others, like KahelOS, come with duplicate applications for each task. Of all the installed applications, the one new to me, and which I have come to like a lot, is Zim Desktop Wiki. If you have ever used a Web-based wiki, you will love Zim.

Applications Management: Being an Arch Linux-based distribution, Pacman is the package management framework on KahelOS. The graphical interface is Gpk-application, a package manager for GNOME. Though it works quite well as a graphical package manager, its interface has not kept up with the times. Because KahelOS is a rolling-release distribution, you never need to reinstall your system when a new version is released. The development model uses three repositories: Core, Stable and Testing. As long as an installed system is kept updated, you may never need to reinstall when a new version is released. That is the beauty of using a rolling-release distribution. 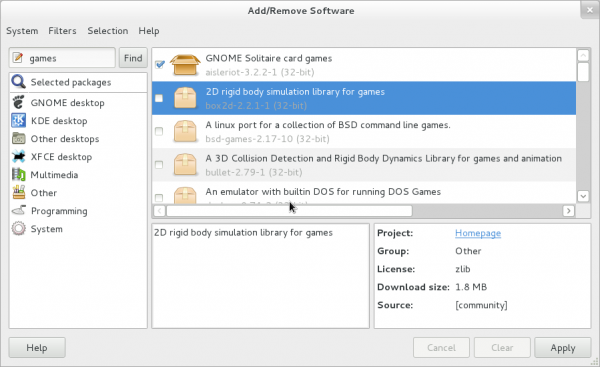 There is an update checker, but it has no automatic update feature, so all updates checking have to be done manually. There is also an application management-related tool in Applications -> Other called Software Settings. I could not get it to start or open. And I could not determine the command that could start it from the command line. 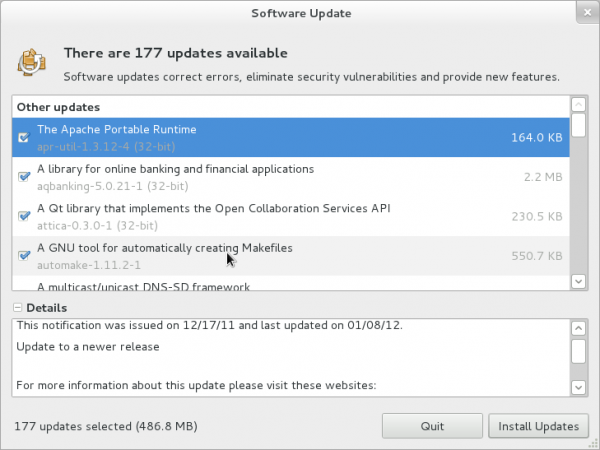 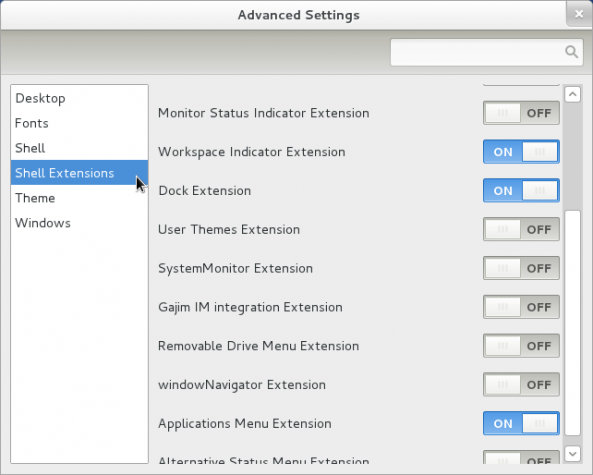 Physical And Network Security: With the installer’s lack of support for disk encryption and boot loader password protection, KahelOS has no physical security system in place. It is possible, however, to specify a password for GRUB Legacy, the boot loader used by this distribution, after installation. Though every Linux distribution ships with IPTables enabled in the kernel, IPTables userland utility is not installed by default, which means that the iptables and ip6tabes daemons are not started. A modern desktop distribution should have a physical and network security posture better than this.

Final Thoughts: For a distribution that uses GNOME 3, the default system is really quite user-friendly, that is, compared to similar distributions. By now, we know what using GNOME 3 entails, but the major shortcomings of this distribution is in the installer. While automated disk partitioning is essential, so is manual setup and the option to specify a custom location for installing GRUB, the boot loader. Until the developers solve these issues, they pose a significant barrier for distro-hopping to KahelOS.

Resources: Previous releases of KahelOS had 32- and 64-bit editions, but for the latest release, only a 32-bit version is available for download. You may grab a copy here. Support questions may be posted on Questions & Answers.

Applications view of the desktop showing some of the installed applications. 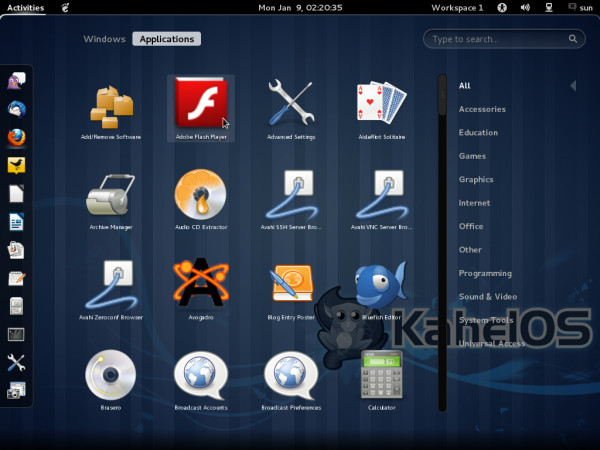 The GNOME 3 desktop in Fallback mode. 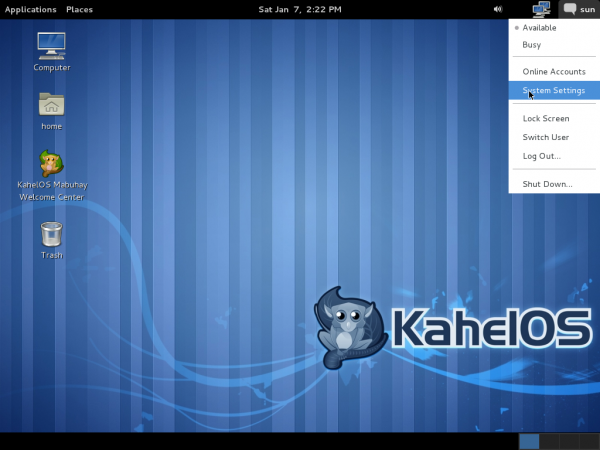 The GNOME 3 desktop in Fallback mode showing the applications menu. 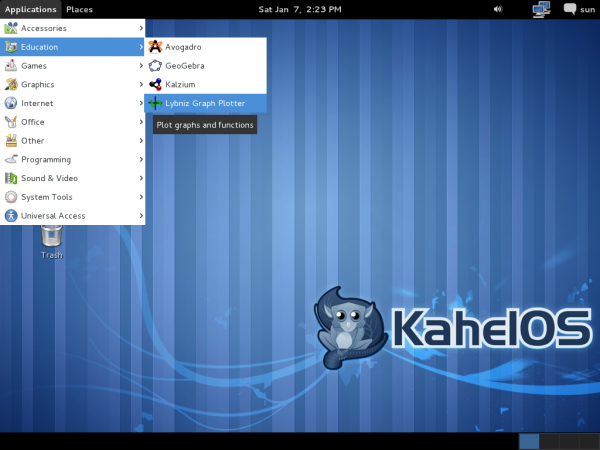 i been using ubuntu since 2009, updated my OS to 12.04 LTS, until
such i found this Filipino version named KahelOS. Great work for you
guys, thanks for this. I just want to suggest that the partitioning
process be added just as in ubuntu’s latest interface when setting up
is in progress not to be confusing which partition you are head up to.

I see they have taken the GNOME approach to the installer. Not being able to specify partitions and being required to wipe out all your OS’s and install to MBR only is an absolute deal breaker. Who would’ve thought so much inflexibility possible in 2012. There are many good installers around they could have borrowed. Well, don’t like the Shell anyway.
Btw, I notice the massive icons for open applications still don’t blend in with the size of indicators and other buttons or applets or whatever it is called now. Another visual blemish that would be easy to rectify which they just refuse doing. It looks really ugly.

The installer is a mayor’s show stopper. They should address its faults before releasing a final.

glad to see a linux distribution from my own country, the Philippines! i would’ve tried it if the installer gives you options to set up the partitions manually and install the boot loader other than the MBR.