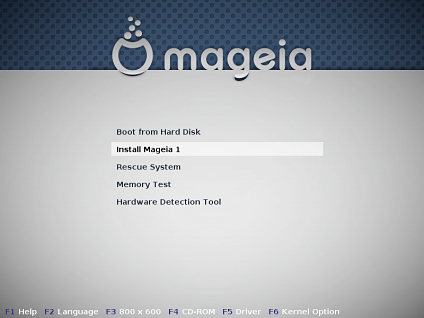 Desktop: All the test installations used for this review were carried out using a DVD and network-install image. That made it easy for me to test the GNOME and KDE desktops. This section, therefore, contains information about both desktop environments.

The GNOME desktop is powered by GNOME 2.32, with the familiar GNOME 2 interface. GNOME 3 is not in Mageia’s repository yet. 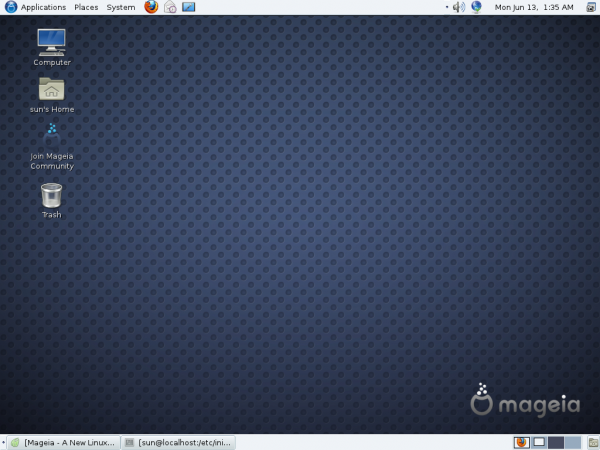 The K Desktop Environment, KDE, is powered by KDE 4.6.3, with the familiar KDE Plasma interface. 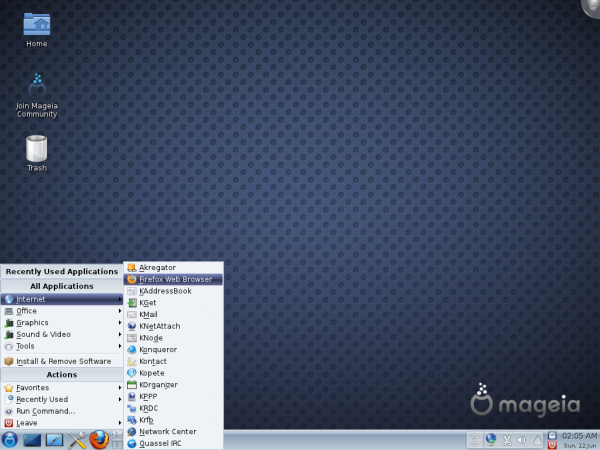 And there is, of course, the KDE Netbook interface, a modern desktop interface for both small and wide screens. It was likely what the GNOME and Unity developers were thinking about when they were designing GNOME 3 and Ubuntu’s Unity interface. Unlike GNOME 3 and Unity, KDE Netbook interface does not require hardware acceleration to function and, compared to Unity and GNOME 3, has virtually no learning curve. If you have never used this KDE interface, you should take it for a spin on your favorite KDE-based distribution. You may also want to read Exploring the KDE Plasma Netbook interface.

The problem with the KDE Netbook interface is that the developers have not bothered to have the same set to tools easily accessible to the user. For example, on the classic KDE interface (KDE Plasma Desktop), an icon for the Mageia Control Center (MCC) is on the penal, but not on any one-click-accessible location on the KDE Plasma Netbook interface. Like System Settings, I think it should have been placed on the Favorites section of the desktop. 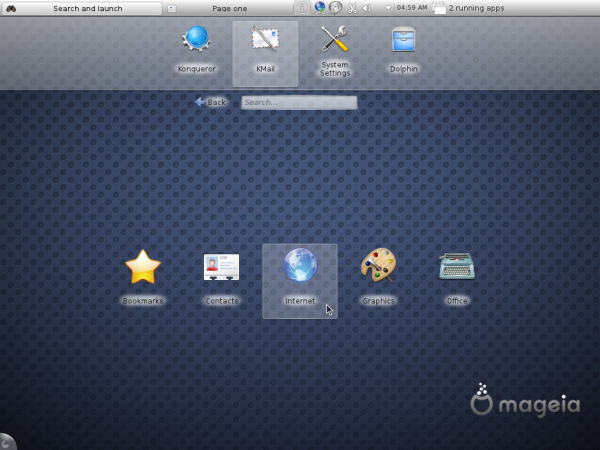 Installed and Available Applications: On the GNOME desktop, the major installed application include:

These are besides dozens of system utilities and desktop accessories installed out of the box. An observation I made about the GNOME installation is that the set of installed applications depends on whether you used a DVD or Network-install image. For example, the above list is made up of applications from a DVD-based installation. On another installation using a Network-install image, Gnumeric, Abiword and Mozilla Thunderbird were not installed. But Inkscape, Epiphany, Homebank, Dia Diagram Editor, FileZilla, Scribus and Planner Project Management, which were not part of a DVD-based installed, were all installed by default.

Another system installed using a Network-install image also gave a slightly different set of applications. Why this is so I have no idea and I am not about to speculate. I will let somebody from Mageia comment on this, if they stop by to read this review.

Rhythmbox is the installed music player and playing an audio CD worked as expected. Just popped in an audio CD, was presented with the following prompt, clicked OK, and I was listening to my favorite audio CD. Did not need to tweak Rhythmbox. 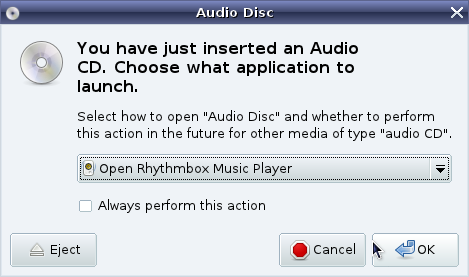 Playing a video DVD was not that easy. Attempting to play an unencrypted video DVD with Totem, the installed video player, generated this error message.

And this one, if the video is encrypted. I blogged about my experience here and someone from Mageia suggested that I enable the “Tainted” repository. I did and was able to install the software required to play video DVDs.

Amarok is the installed music player, but after spending a few minutes trying to figure out how to play the same audio CD I played with Rhythmbox, I gave up. How Amarok got to this point is tough to comprehend. It used to be one of the best music players around, but at some point in the last two years, something went awry. If I have to consult a documentation just to use an application to play an audio CD, then there is a problem, and I am absolutely sure the problem is not with me.

When a video DVD is inserted, the system responds by suggesting seven possible actions shown in the image below. Three of those actions have nothing to do with playing or manipulating a video DVD. Out of the box, Totem was able to play an unencrypted video DVD, but not an encrypted one. Dragon Player could play neither. With the Tainted repository enabled and libdvdcss2 installed, Totem was able to play the encrypted DVD. Dragon Player still could not. Given that Dragon Player is really of no use, it should never have been installed by default. 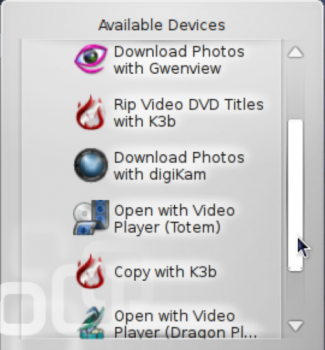