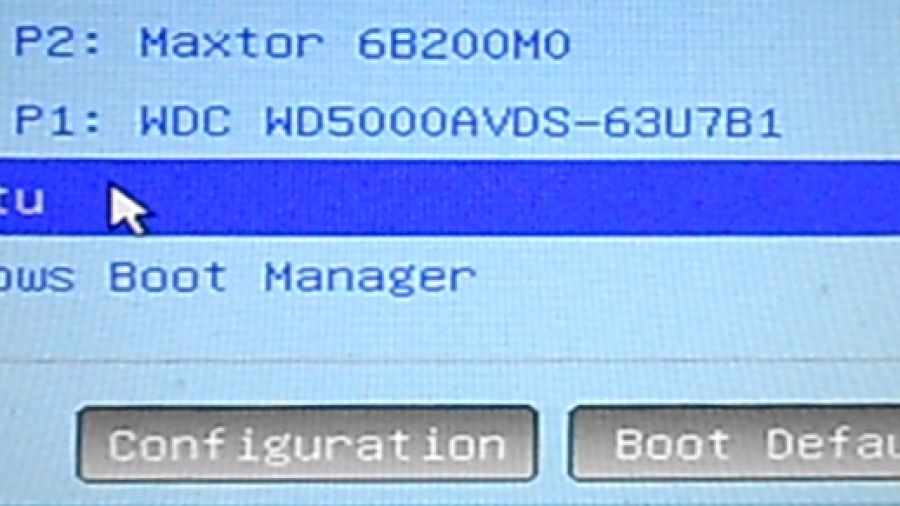 Ubuntu 15.10 is the latest edition of Ubuntu, the popular Linux distribution sponsored by Canonical.

Using two hard drives to set up a dual-boot system between Windows 10 and Ubuntu 15.10 ensures that both systems are completely isolated. GRUB, the Ubuntu 15.10 boot loader, will be installed in the EFI Boot Partition of the hard drive it’s installed on, not that of the Windows 10 hard drive.

On the computer used for this tutorial, Windows 10 is installed on a 500 GB Western Digital hard drive. The second hard drive is an old 200 GB Maxtor unit. That’s the one that I installed Ubuntu 15.10 on. Note that one or both hard drives can be solid state drives (SSDs), not just standard hard drives.

And if you have not already done so, download an installation image of Ubuntu 15.10 from here. After downloading it, burn it to a blank DVD or transfer it to a suitably-sized USB stick. After that’s completed, boot the computer with the installation media that you just created in place.

To ensure that the computer boots into the UEFI version of the Ubuntu 15.10 installer, access the computer’s boot menu by pressing the F11 or F12 key before the boot process completes. Shown in Figure 1 is the boot menu of the test computer. This image was taken before the Windows 10 hard drive was disconnected.

This shows the same computer boot menu without the Windows 10 hard drive. Selecting the UEFI: SanDisk Cruzer Glide 1.26 entry and pressing the ENTER key will cause the computer to boot into the UEFI-aware version of the installer.

You’ll be given the option of booting into a Live desktop or straight to the installer. Either way, after the installer starts, navigate to the step shown in Figure 3. This shows the installer’s partition methods. You may opt to accept any of the automated partitioning methods, or opt to create the partitions manually.

For this tutorial, I chose an automated partitioning option. Note that the target disk I used for this had an existing installation of Ubuntu 15.10, so I had to reinstall it. Whatever option you choose here, click the Install Now button afterwards. 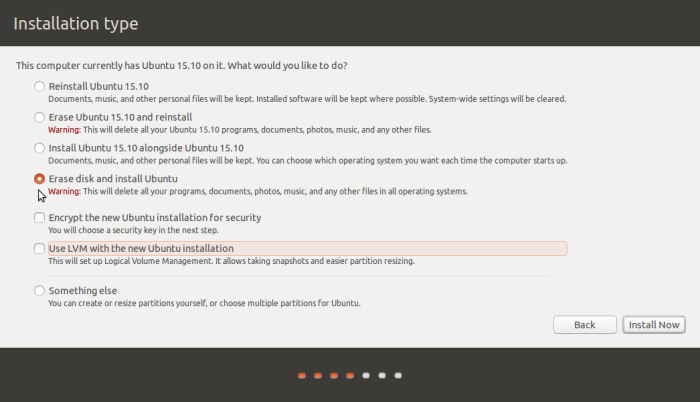 This is just the installer showing you the partitions it has created and will format. Click OK. 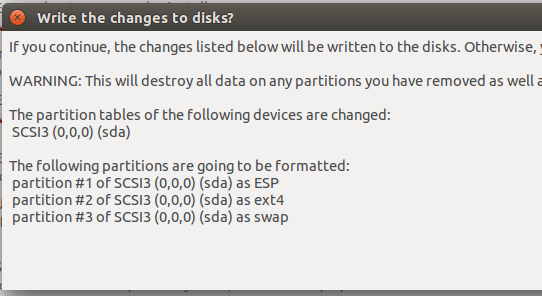 Figure 4: Partitions to be formatted on Ubuntu 15.10

The installation should take about ten minutes. When it’s completed, reboot into the new system. If the system works as expected, shutdown the computer and reconnect the other hard drive, that is, the Windows 10 hard drive. Then reboot into Ubuntu 15.10 again. After logging in, open a shell terminal and type the following command: sudo update-grub.

That will regenerate the GRUB configuration file, scanning the system for other operating systems as it does so. The command’s output from my test system is shown below. Make sure that there’s a line in the output that indicates that it detected the Windows Boot Manager on the other drive.

An entry for all detected operating systems will be added to the GRUB menu. In this case, it should correctly detect the Windows 10 on the other hard drive and add an entry for it in the Ubuntu 15.10 GRUB menu, which should appear just like the one shown in Figure 5. You may now reboot into Windows 10 to make sure that it still boots correctly.

The next time you access the computer’s boot menu, you should see entries for both boot managers – ubuntu and Windows Boot Manager, besides entries for the two hard drives. Note that on UEFI systems, at least on mine, the default operating system is the last oen the computer booted into, regardless of the boot setting in the BIOS/UEFI utility.