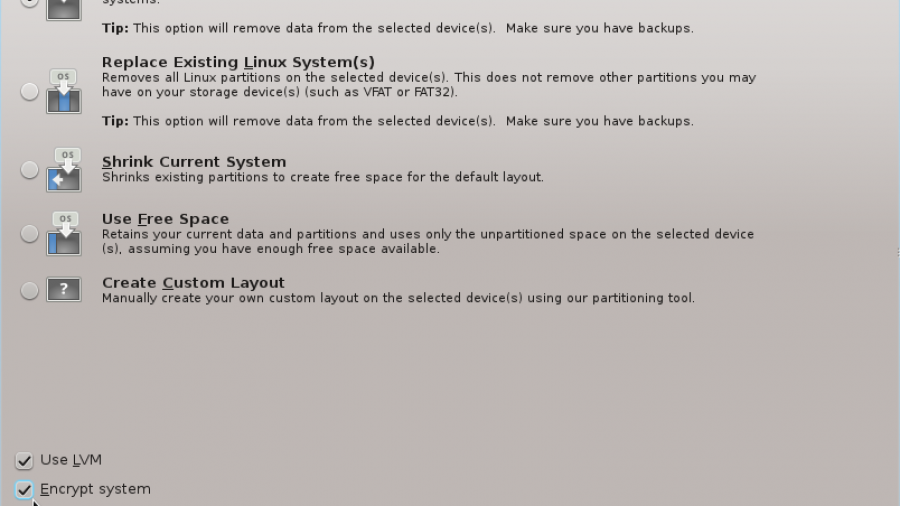 No distribution’s installer makes setting up disk encryption as easy as Anaconda, the Fedora system installer. And that has not changed in Fedora 16, the latest stable release. On previous versions of Fedora, those released before Fedora 16, the only automated disk partitioning option was one based on LVM, the Linux Logical Volume Manager. That made it easy to install Fedora on encrypted LVM partitions.

But it also meant that if you wanted to install Fedora on encrypted, non-LVM partitions, Anaconda offered no automated option. That is no longer the case in Fedora 16. 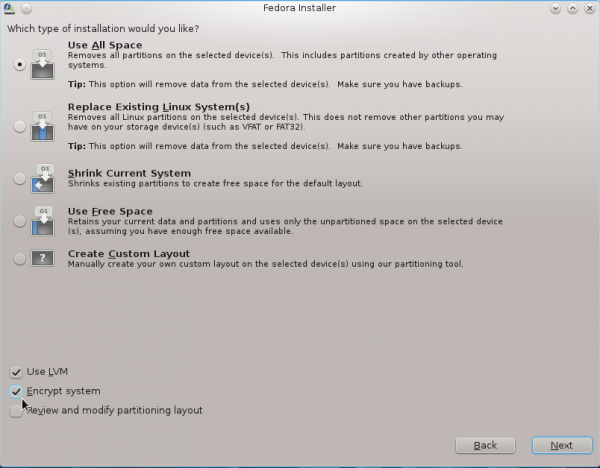 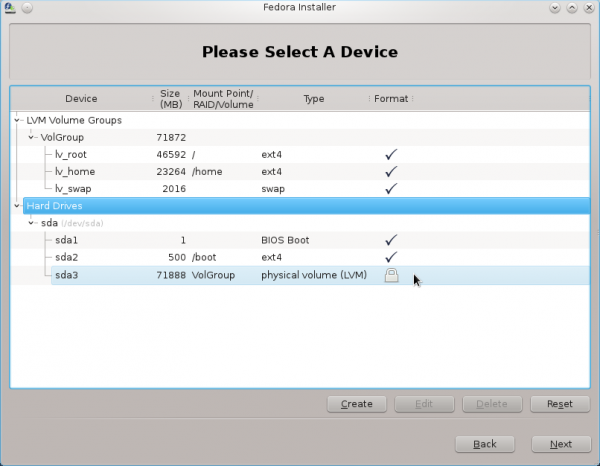 And this image shows the partitions created if “Use LVM” is unchecked (on the partition methods step), and encryption is enabled. The installer will create the non-LVM partitions shown in the image below. Aside from the boot and “BIOS Boot” partitions, the others are encrypted separately. 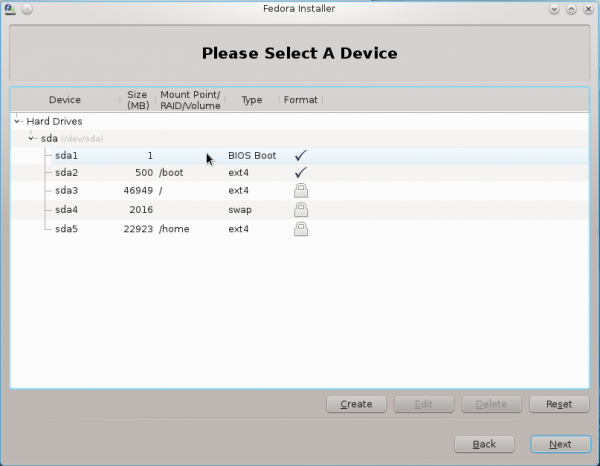 Whether LVM is used or not, and whether one partition or multiple partitions are encrypted or not, you will be required to specify one global passphrase that will be used to encrypt them. And the encryption passphrase must be no less than eight characters long.

At boot time, the passphrase specified during installation is required to decrypt the partition(s) for booting to complete successfully. This is the best physical security feature you can enable for your Fedora-powered computer. 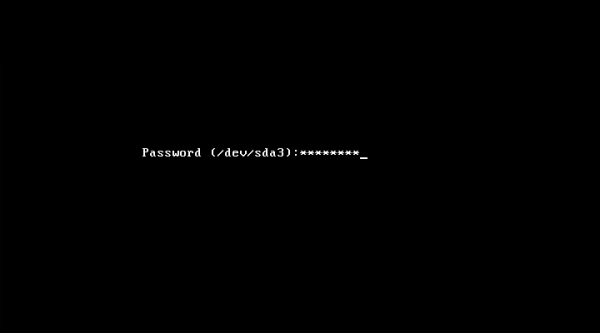 The best aspect of disk encryption in Fedora is that the encrypted disk cannot be overwritten without it being decrypted first. What that translates into is that if the disk is moved to another computer, for example, nothing can be done to it unless it is first decrypted. You cannot even install over the existing copy of Fedora 16. And that is the way it should be.