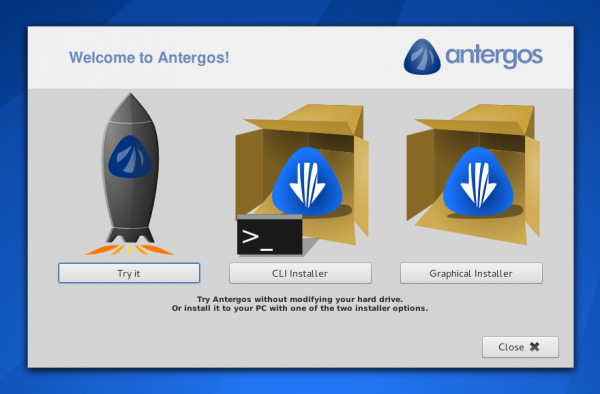 Desirable features missing from Antergos: Though Cnchi is point-and-click easy to use, it does not have support for LVM, the Linux Logical Volume Manager, RAID, full disk encryption, and boot loader password protection. Those are features I think a graphical installer on a modern operating system should have.

Most people will not care for or need to configure LVM or RAID, but disk encryption, and boot loader password protection, key aspects of the physical security profile of any system, play a very important role in the overall security posture of the system. Talking about security, a default installation of Antergos has no graphical firewall management application installed. IPTables, the command-line management application, is installed but no rules are configured.

CUPS, the printer management application, is not even installed. And that’s a repeating theme on Antergos, regardless of the desktop environment in use. It’s either something is not installed or if installed, it’s not configured or not configured correctly. In the Xfce edition, even the audio mixer had to be added to the panel manually.

So even though the project’s website states that “Antergos comes with everything you need,” and that the “default configuration gives you a ready-to-use system,” so that all you need to do is “reboot your computer and enjoy,” I find that the system is anything but truly ready to use out of the box. Yes, some parts just work, but other parts that should also just work require manual intervention.

Antergos default settings not configured quite right: The stated goal of the developers is to provide a desktop distribution that is “easy to use and very customizable.” All Linux distributions are easy to customize, and for most people, easy to use. So the project’s objective sets a very low bar.

I’ve seen this in many other distributions, so this is not unique to Antergos, but why is Gedit (a simple text editor) the default Calendar application on the Cinnamon desktop? That it is not unique to this distribution tells me that it is a default “factory setting.” But this is the type of default configuration that should be done right, before distribution developers make a new release available for download. 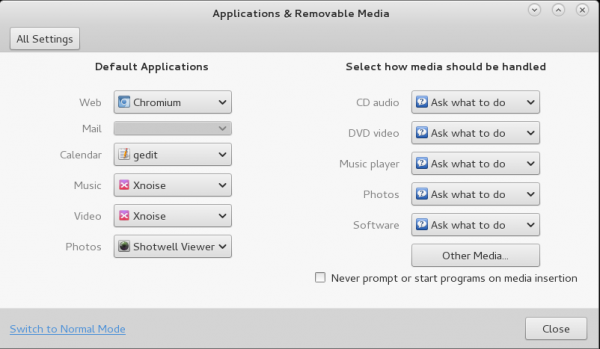 And this shows the removable storage options in a default installation of the Xfce desktop. For a better default user experience, I think some of the options shown here should be enabled out of the box. 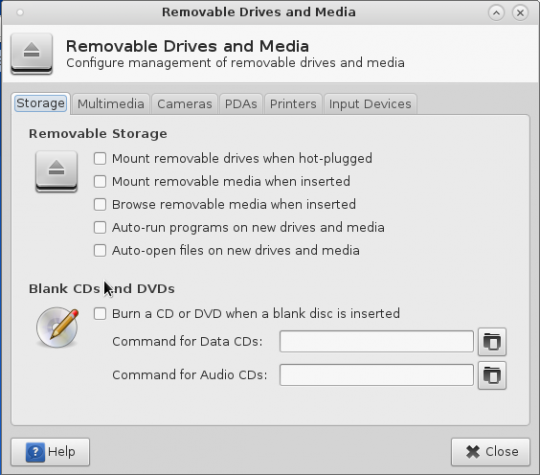 The default desktop theme of Antergos comes with a beautiful desktop background, but on the Cinnamon desktop, the background is a blank (dark). And there are no pre-loaded background images to choose from. 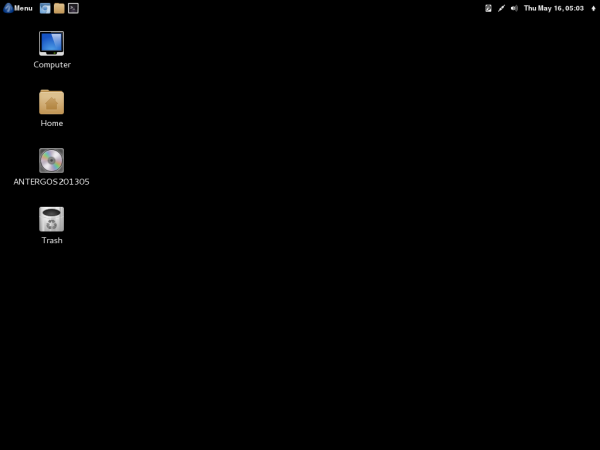 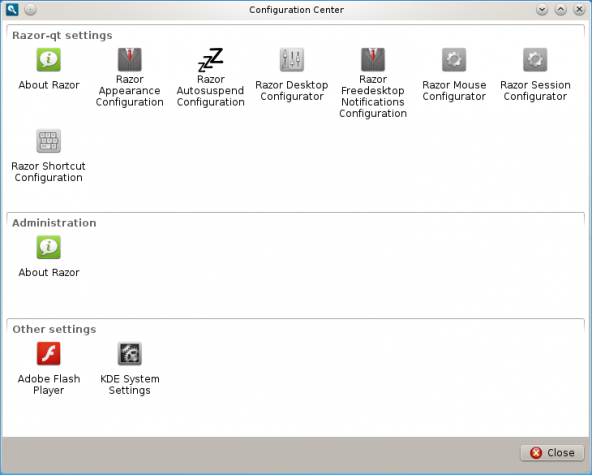 This is the KDE System Settings windows with all the modules you’ll find on any KDE desktop. 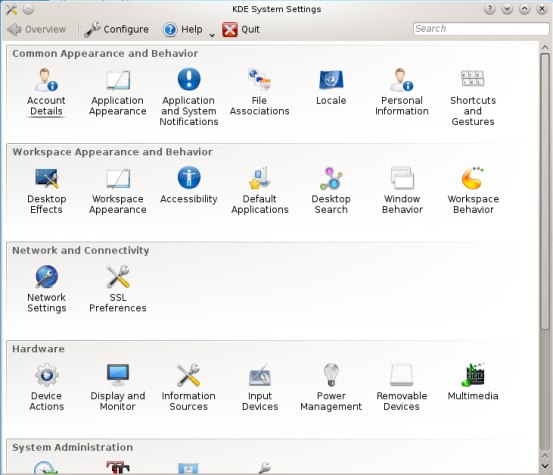 Bugs in the system: In the course of testing this distribution, using all four desktop environments supported by the installer, I experienced just two buggy applications. And they are both modules in the control centers of the Cinnamon and GNOME 3 desktop environments.

In Cinnamon, the control center (System Settings) crashed every time I clicked on the Display icon. 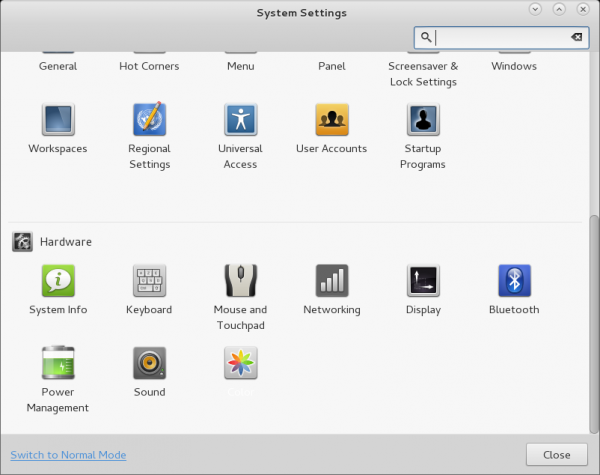 In GNOME 3, it crashed every time I clicked on the Details icon. In either case, there was no feedback from the system regarding the crash. 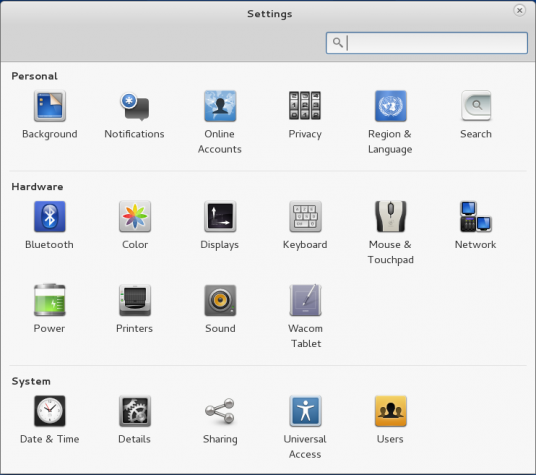 To sum:, Antergos is a nice distribution, and the developers have obviously put a lot of effort into, but now, they have to take it to the next level and provide a desktop distribution that you can just install, “reboot your computer and enjoy.”

Screen Shots: Here are some screen shots from all four desktop environments I installed for testing. 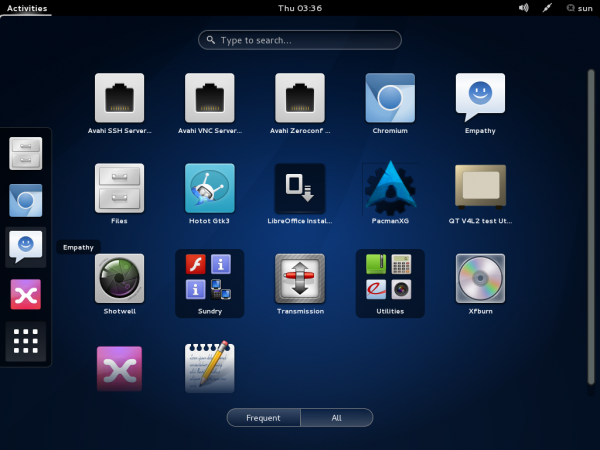 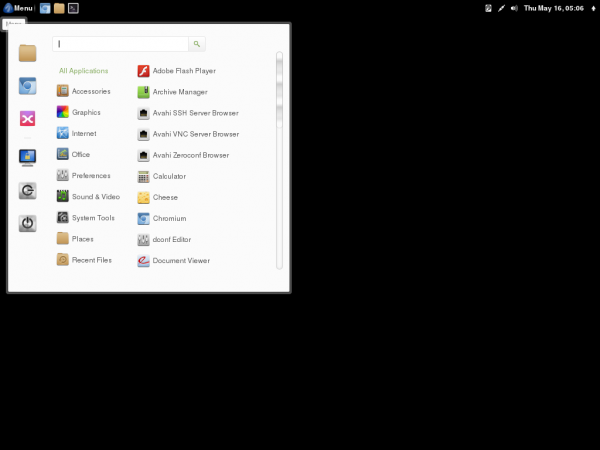 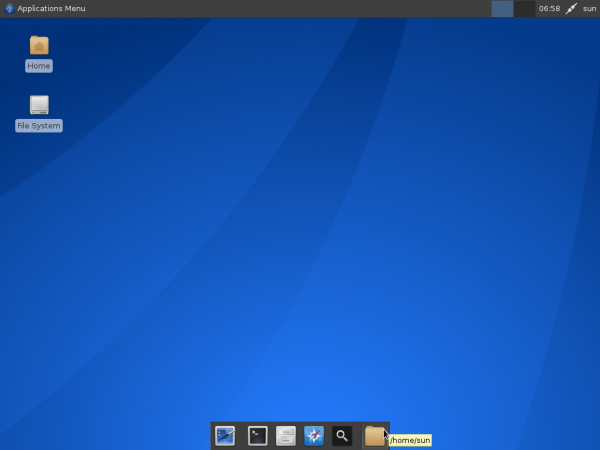 The Xfce desktop showing the menu. 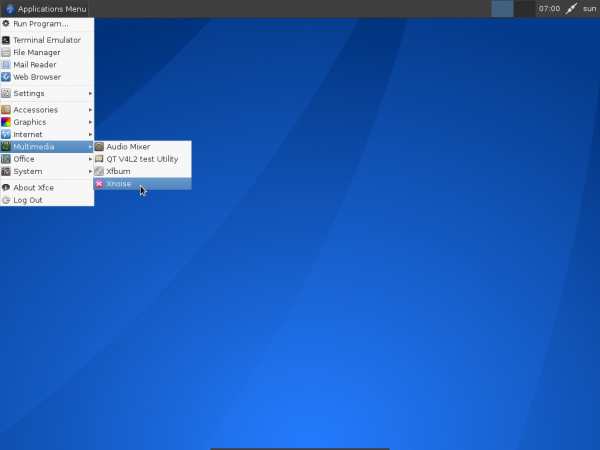 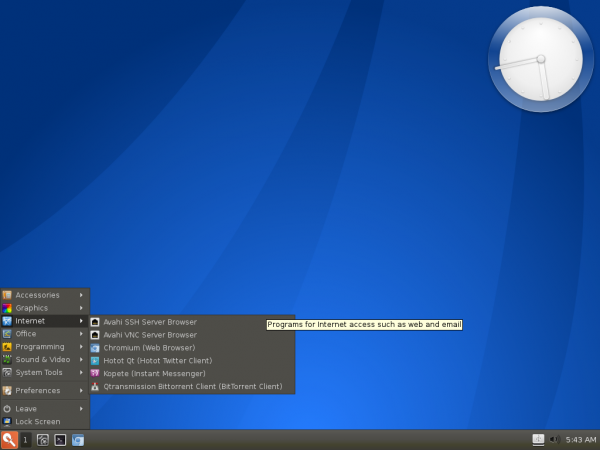 This screen shot is that of Hotot, a microblogging client for Twitter and Identica. 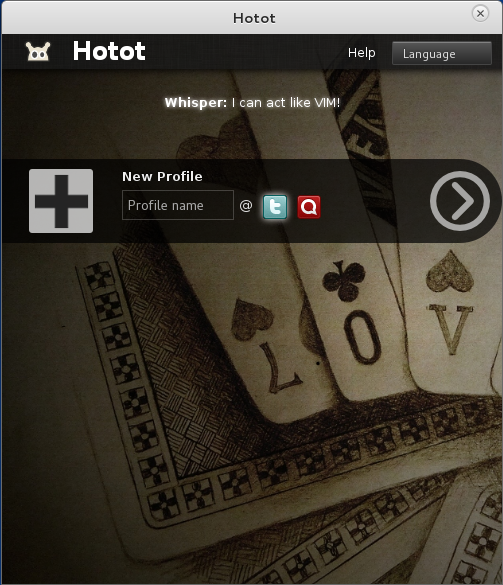 I am a Manjaro user by default. My main PC is a dual boot Win 7 / Manjaro. Maybe I am just more up to date than some on Arch distros. With that said I just can’t imagine anyone having any trouble with an Antergos install. I have installed it a few times and have NEVER had any problems what so ever. NONE. If one can’t install and run this distro maybe Linux just isn’t for them. Granted I do partition my own HDDs. Partitioning isn’t necessary though. The GUI installer will do all one needs without manual partitioning. I have found it to be about as flawless as it gets as far as install procedures.

I would suggest someone having problems they can’t address to drop back and go for an Ubuntu distro. Mint 17 is out and Zorin 9 (I think is the ver.} The Mint and the Zorin are better to switch over from Windows to Linux than anything Arch.

ANyway, I wish you all the best and hope it all works out as Linux is a great system! As with anything it just takes some time to get used to it. Be sure to read all manuaks and use the WIKI.

I hope they fix this soon. I love the looks of this distro

Antergos is a nice version, i really want to use it, but it won’t boot. I have a primary partition and a extended partition, the primary partition is divided by 2. I try to install in either two of them and nothing happend.

The GUI installer failed a couple of times not being able to download linux-3.8.x******.db from the “mirrors”, not finding “antergos.db” from mirrors.antergos.com… etc. Killed my Windows bootloader on one occasion…. Had to use my rescue disk to revert Window 7 to working state X(

Empathy chat client doesn’t work in live mode, the the IRC was dead as a dodo X( Then the installer started “running”, but must have got stuck in some loop at “Generating Locales”… For over an hour, doing jack bull! I’ve given up!

How did you even manage to install it, man?

A useful review but your focus is perhaps a little off.

I’m a windows user (until 8 went rtm) moved to Linux Mint, tried Crunchbang, currently with Ubuntu Gnome 13.04 updated to Gnome 3.8 because I needed some apps before Mint would support them.

I toy with Arch. The thing about Arch (and thus Antergos) is that it’s about not supplying more than the minimum. So with U/G you get a bunch of stuff running in the background that loads the machine up perhaps unnecessarily. With Arch you get the latest and you get the least.

So Antergos needs to tread a fine line. The base install should be the minimum required to move to the next point. Then you add things.

I see your point though – I guess my solution would be for Antergos to have another App that comes up on first boot by default and offers to install ufw, cups, etc so that the newbie has a clean tick the box “fully running system” but the person with their own preferences can use Pacman. The defaults you mention come from the Gnome 3.8 install.

I had hoped this distro would be better than this. I hope it’s fixed soon.