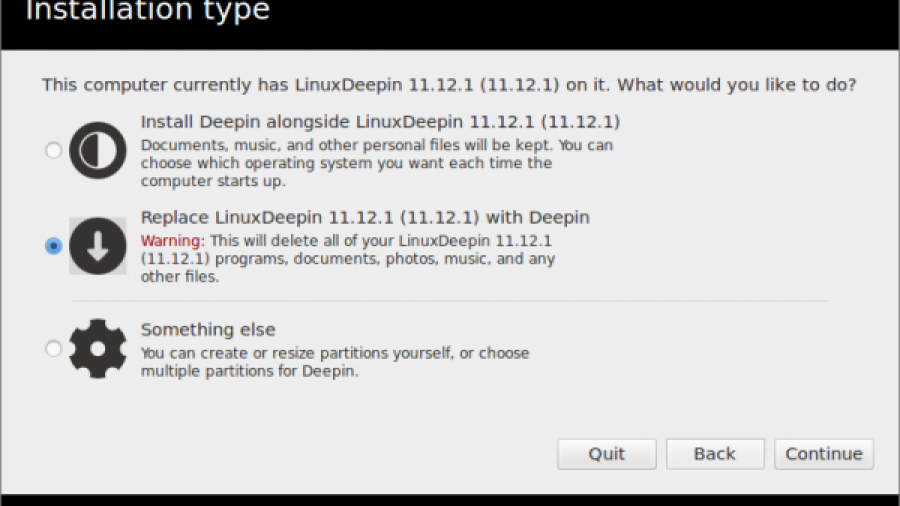 Another Deepin-developed application is the Deepin Media Player. Like Deepin Music Player, it appears to be designed solely for playing multimedia content from local files and online resources, because playing content from removable media takes some figuring out to do. Other than that, it is a good application. 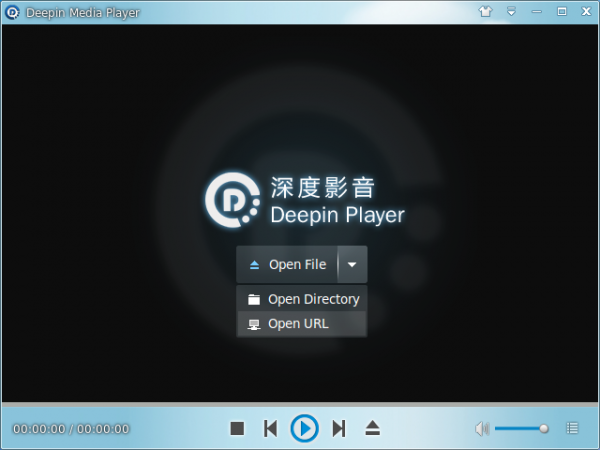 The flagship software product of Linux Deepin is Deepin Software Center (DSC), which in many respects, is better than any in its category, including Ubuntu’s Software Center. Aside from having a visually-appealing interface, it is very intuitive and click-friendly. The main interface offer a tease of five applications from 12 major software categories. 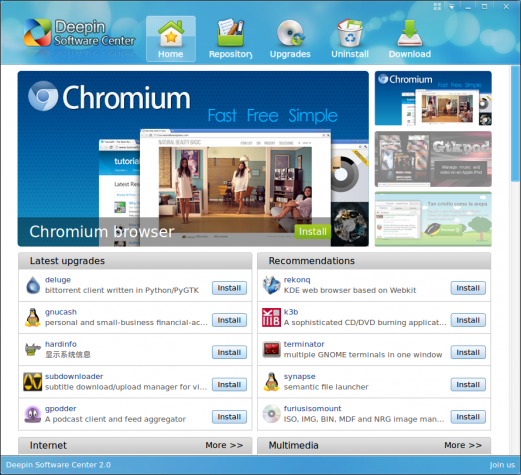 And from the Repository view, you can see more of what is in each category. Because authentication is required to start DSC, installing more than one application does not require re-authentication, as is the case with Ubuntu’s Software Center, and Linux Mint‘s Software Manager. 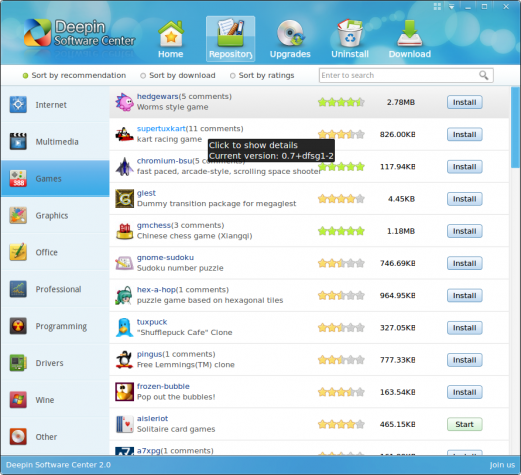 Like everything else, there are areas that DSC could use some improvement. For example, in the upgrade view, where all applications available for upgrade are listed, there should be an Upgrade all option. Currently, if there are more than one application available for upgrade, and there typically are, you are forced to click on each Upgrade button. Now, imagine if there are 100 upgrade candidates. That is 100 mouse-clicks. Not very efficient. Faced with that many upgrade candidates on a test installation, I chose to perform the upgrades from the command line using sudo apt-get upgrade. Much easier and faster. Perhaps I am wrong and there is an “Upgrade all” button somewhere that I missed.

Another shortcoming of DSC, is that it does not have a Preferences or Settings window where you can, for example, manage repositories and configure the updates interval. Talking about updates, launching DSC is the only means of seeing available updates. And that is because an update notifier, a common feature on almost every Linux distribution, is not installed, even though it is available in the repository.

If you take and edit a lot of screen shots like I do, Deepin-scrot is one of the coolest applications available at your disposal in Linux Deepin. The funny thing is it is not even installed by default. Which means that a default installation of Linux Deepin 12.06 does not have a screen shot application installed (gnome-screenshot, found in all GNOME desktops, is also not installed). Most of the screen shots and all the image edits you see in this article were taken with Deepin-Scrot. It is just one more application from the developers of Linux Deepin, and a very cool one at that. But why is it not installed out of the box. 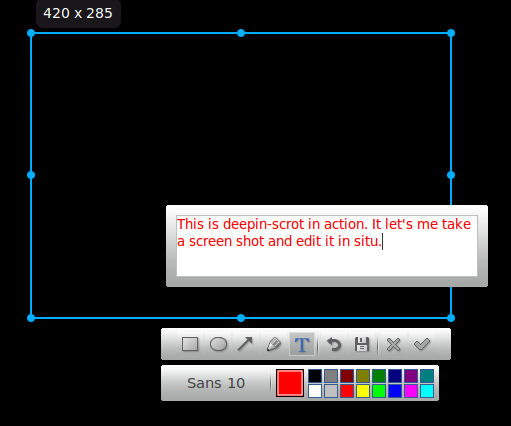 While Linux Deepin’s developers are doing a great job coding quality applications, very little attention is being paid to default configurations that impact user experience. Take removable media configuration, for example. Out of the box, the system is configured to Ask what to do when a removable media is inserted. The problem with these default settings is that when you do insert a removable media, the system does not prompt you for what to do. Rather, it just mounts the removable media on the desktop, meaning that what happens next is up to you. If you bother to change any media source to use a particular application, the system works as expected. For example, if you select Shotwell from the Photo dropdown menu, and you connect a digital camera to the computer, that application will be started. The same applies to the other media sources. The question, then, is why is the system not configured like that out of the box? I am not going to try to answer that, but perhaps, one of the developers will chime in. 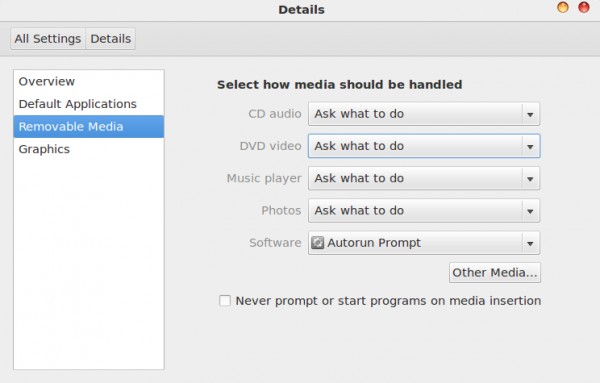 Another default configuration that shows lack of attention to detail is shown in the image below. 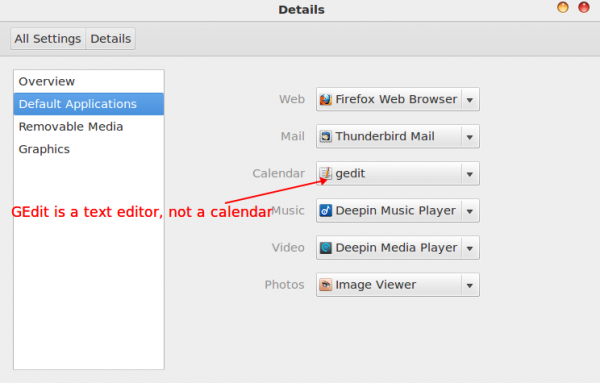 Looking at the network security angle, the firewall service is running, but a graphical interface for managing it is not installed, though gufw is available for installation. Besides the firewall, AppArmor, one of three mandatory access control programs in the Linux kernel, is active, with 16 profiles loaded and three processes defined, in enforce mode.

Even taken into account the default configuration and the few application issues in Linux Deepin 12.06, it is still the best distribution with a modified GNOME 3 desktop that I have used or reviewed. The developers just need to give some attention to default system configurations and make sure that they work as expected before making the next release available for download. If it had an alternate installation image with support for disk encryption and LVM, I would have no problem using it on my personal systems. For now, this latest edition is about to replace Pear Linux on my blogging computer.

Resources: You may download installation ISO images of Linux Deepin 12.06 for your platform from here.

Just a beautiful shot of the slideshow during the installation process. 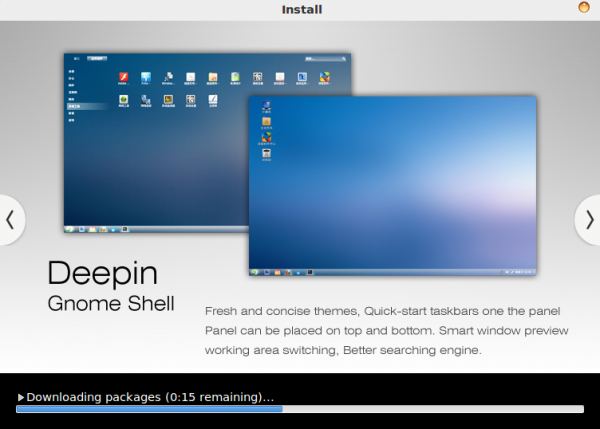 Applications view of the desktop, showing a few installed softwares. 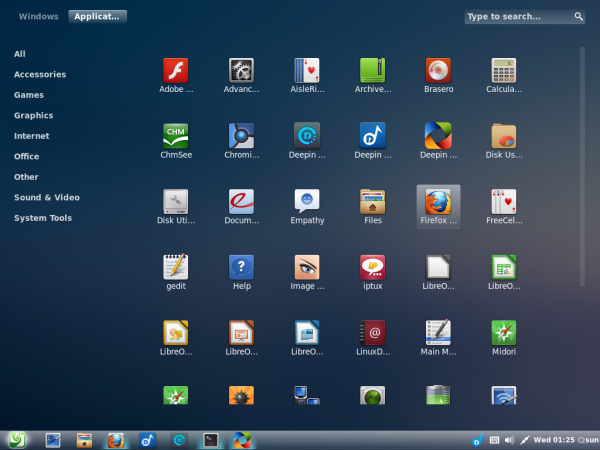 The activities view of the desktop. 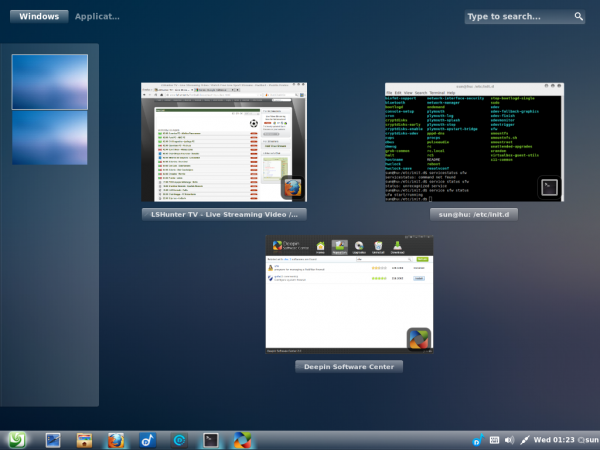 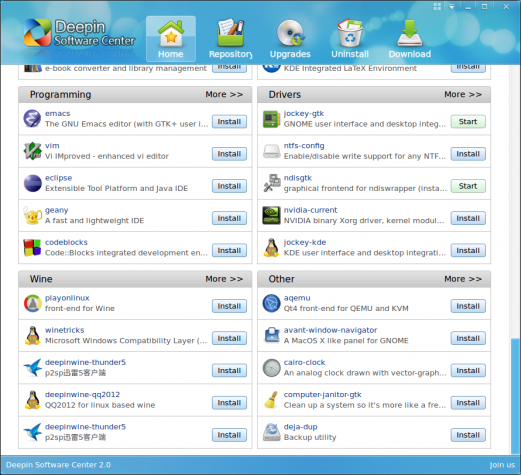