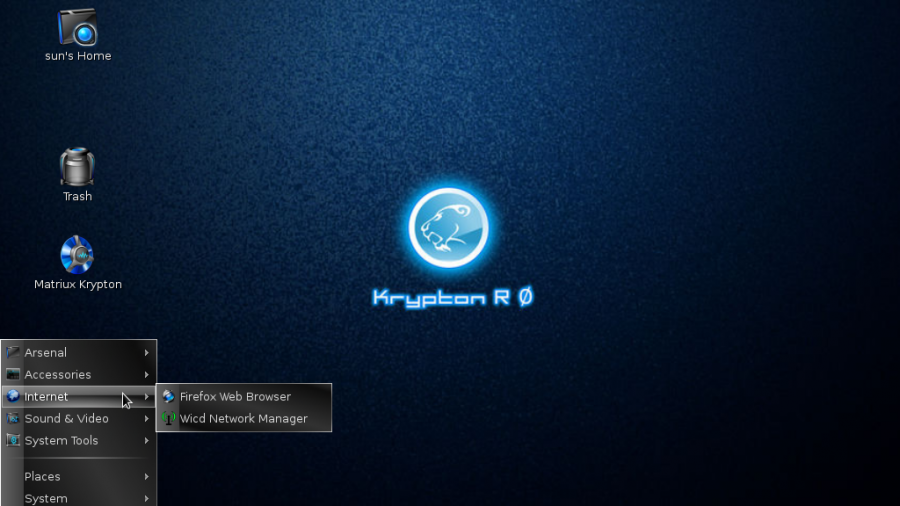 While BackTrack is based on Ubuntu Desktop, Matrius is based on Debian. This article, similar to the first BackTrack article (referenced above), brings to your viewing pleasure screen shots that show the type of applications available on Matrius 1.2 Krypton, the latest edition.

Like BackTrack, Matrius is made available for download as an installable Live DVD ISO image weighing in at about 2.1 GB. The boot menu is shown below. 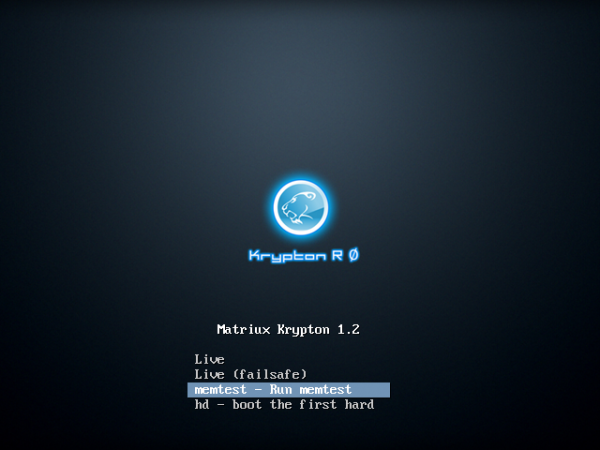 The desktop is powered by GNOME 2. It ships with Firefox 10. 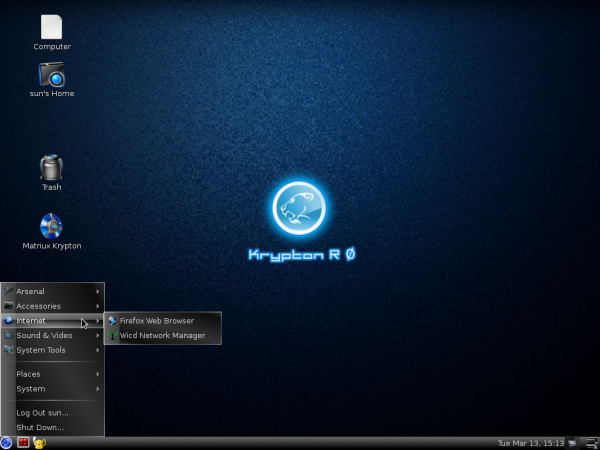 The rest of the screen shots show the type of applications installed by default. This one shows some of the reconnaissance applications. 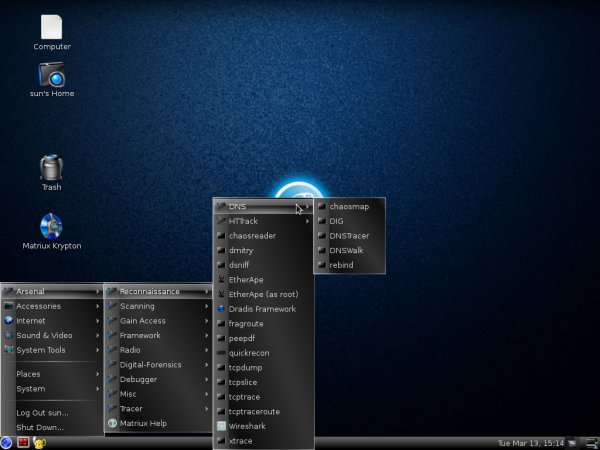 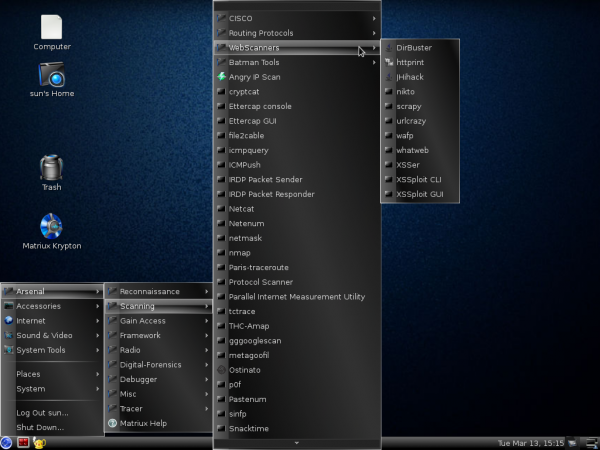 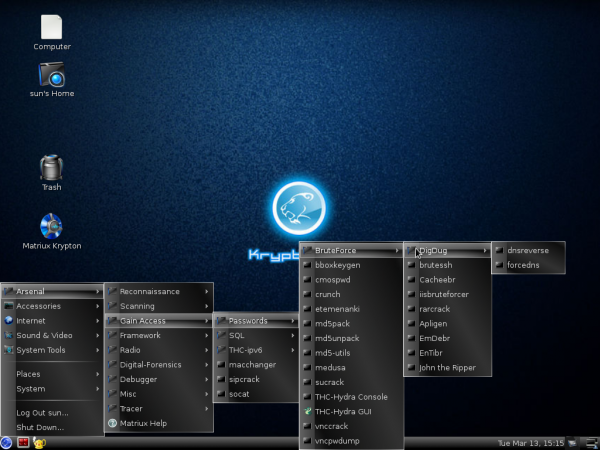 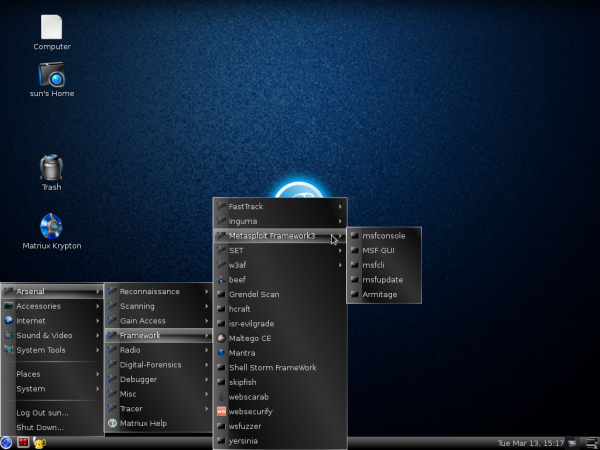 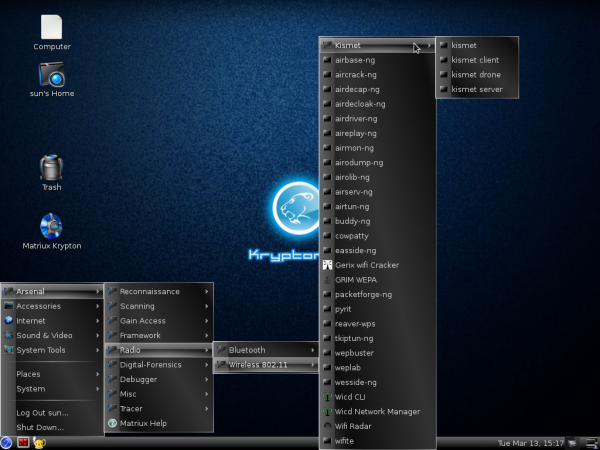 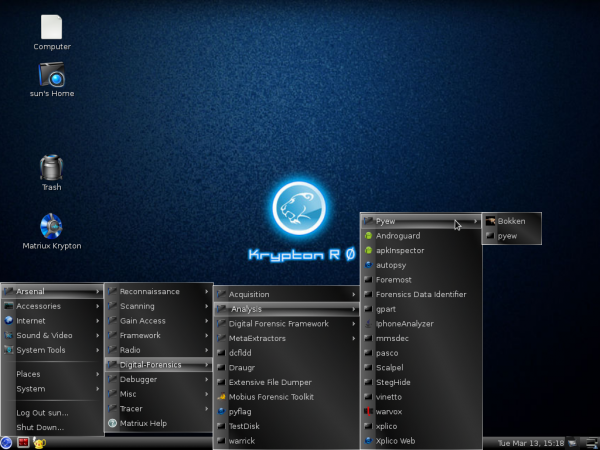 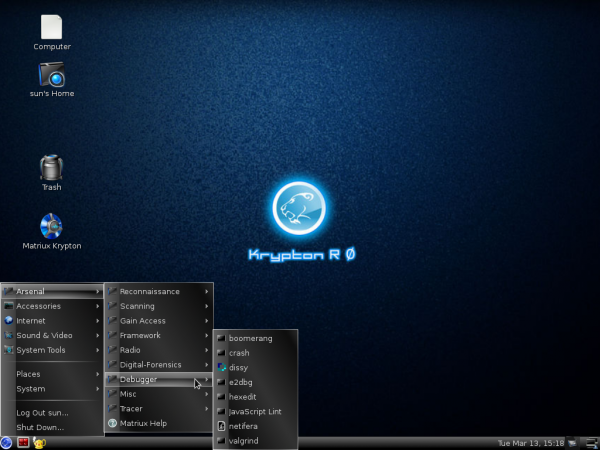 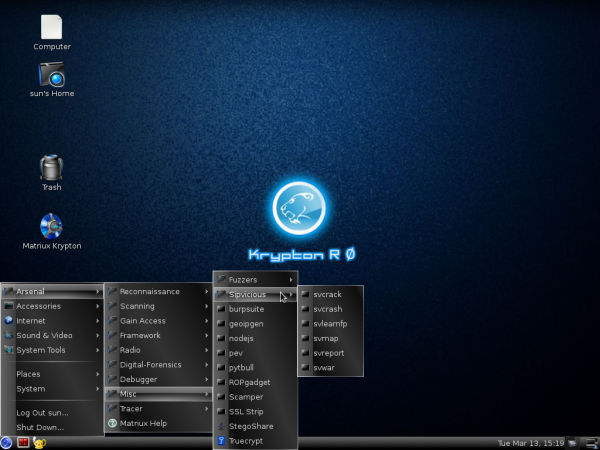 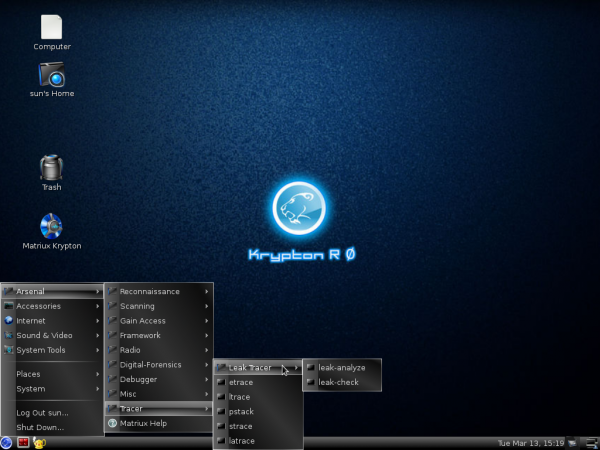 If you are impressed by what you have seen, you may download Matrius from here. Note: Matrius 1.2 Krypton uses the GNOME 2 desktop environment. Specifically, GNOME 2.30.