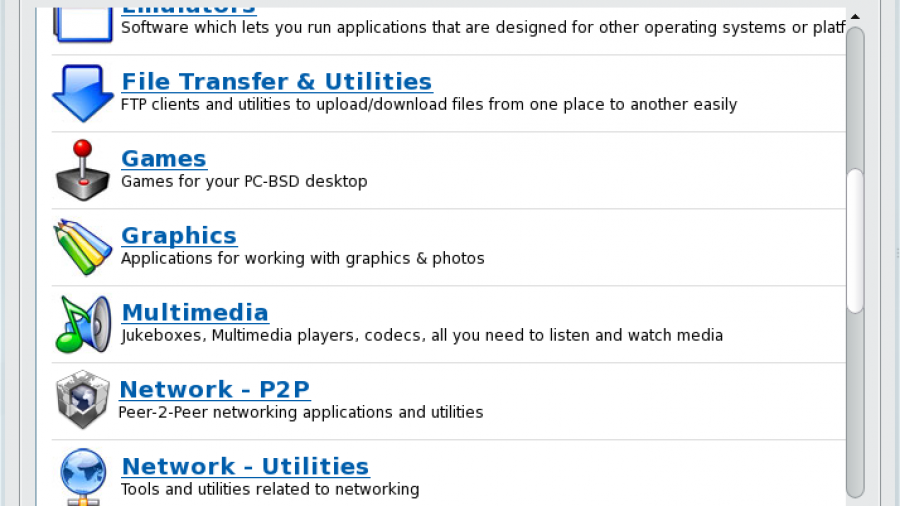 PC-BSD is a desktop-oriented distribution built atop FreeBSD. It provides all the goodies of FreeBSD for the desktop user, using primarily the K Desktop Environment. It is the most active BSD-based desktop distributions available, and its development is funded by iXsystems, Inc.

See a complete list of PC-BSD reviews and tutorials here.

Recommendation: PC-BSD has all the features that it will take to make an excellent desktop distribution. However, it still has a lot of roughness to smooth out. It is still at least two more releases before I can begin to recommend it to new users. But if you want to see all the goodies that it has to offer, some of which are not available on a default installation of Linux distributions, then you are welcome to try it.

Buy PC-BSD:
The latest PC-BSD installation media are available for purchase at very low prices on