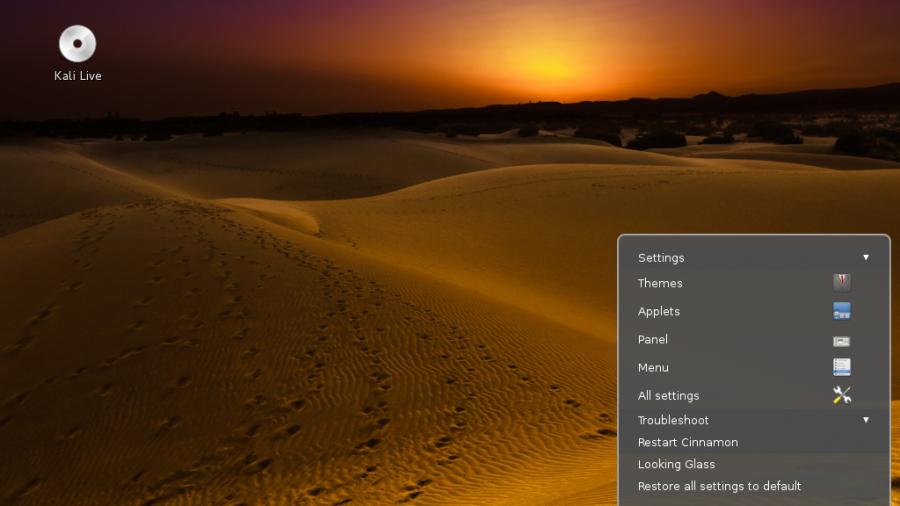 Kali Linux is the next-generation edition of BackTrack. It is BackTrack reborn. However, unlike BackTrack, which has a GNOME 2 and KDE installation flavors, only a GNOME 3 edition of Kali Linux has been made available for download. This short tutorial shows how to install Cinnamon on Kali Linux.

Though its build system makes it relatively easy to create a custom ISO installation image with your choice of desktop environments, packages for other desktop environments are available in Kali Linux’s repository. You just have to install them from the command-line or via a graphical package manager to use them.

To install it from a shell terminal, just type apt-get install cinnamon, or use a graphical package manager to install it. After that, reboot and select Cinnamon 2D from the Session menu. Then type your password to log in. 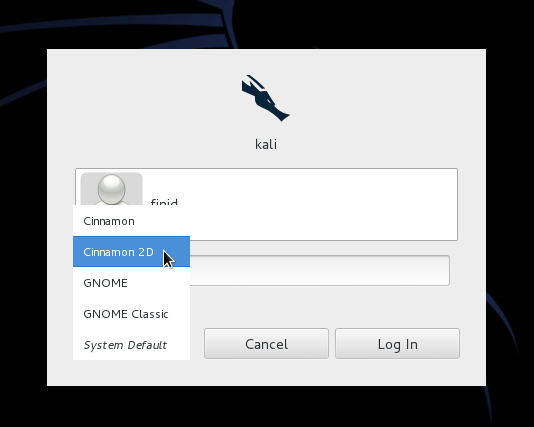 The Kali desktop showing the Cinnamon menu. The only downside to using Cinnamon on Kali Linux is that the Kali menu category is missing from the menu. However, the menu’s search box provides some relieve. 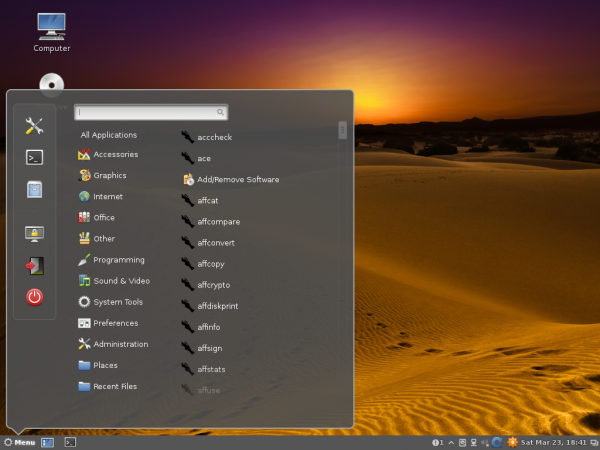 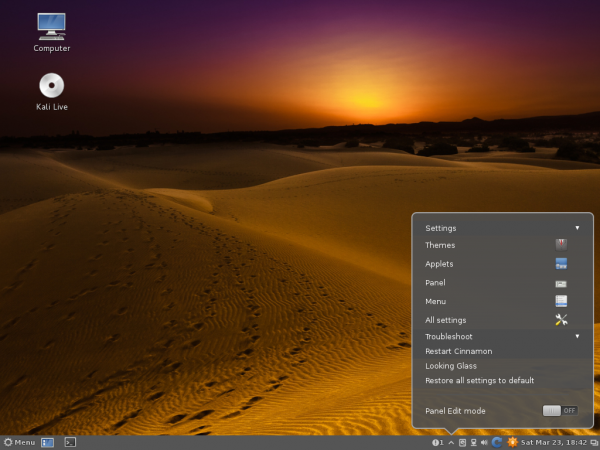